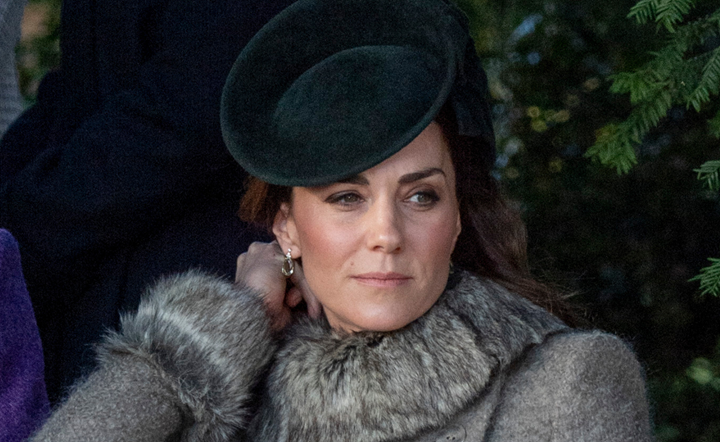 COVID-19 meant that many families around the world were separated for Christmas 2021, including the royals.

Whilst the Queen is spending the silly season at Windsor Castle, Prince William, Catherine, Duchess of Cambridge and their three children opted to stay at their Norfolk residence, Anmer Hall where the royals traditionally spend Christmas.

Though the usual Christmas walkabout was cancelled, the Cambridges were spotted driving to the Christmas Day service at St Mary Magdalene Church.

The family-of-five were joined by Kate’s parents Carole and Michael Middleton, a rare move since the Cambridges usually spend Christmas with the royals.

2016 marked the last year when they spent December 25 with Kate’s family.

Whilst you could just make out the cheeky little faces of her children Prince George, eight, Princess Charlotte, six, and Prince Louis, three, in the new photos, all eyes were on the Duchess of Cambridge.

If that name sounds familiar, the designer has created many headpieces for notable royals including that twisted number Princess Beatrice wore to William and Kate’s 2011 royal wedding as well as the chic brown number Meghan, Duchess of Sussex wore for her first royal Christmas in 2017.

Whilst we in the Southern Hemisphere are able to enjoy a warmer Christmas, hats are an important way to stay sun safe in summer.

The wide brimmed look is a timelessly chic addition to your wardrobe as well, so what’s not to love?

Below we’ve compiled our favourite wide-brimmed hats to buy in Australia this summer so you can channel your inner duchess and start the new year in style.

Plus, these are suitable for any budget and won’t come with a royally expensive price tag!