Lizzie Sobinoff debuts her new boyfriend, but there’s a twist 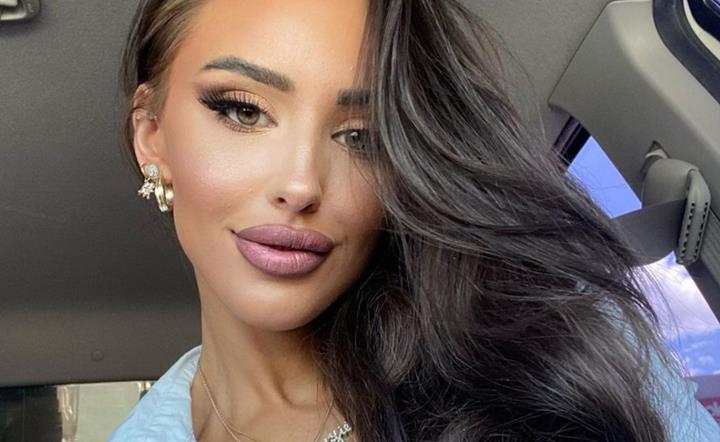 After starring on two seasons of Married At First Sight, fans were wondering if Lizzie Sobinoff would try her luck on a third.

However it seems she’s well and truly found love with her new boyfriend after debuting him on social media. But there’s a twist.

Whilst she shared plenty of photos of delicious food (including a very festive looking trifle), it was her second and third photos that really caught fans’ attentions.

In the photos, the season six and seven bride kisses her boyfriend who has “been around for a while” and whose face is covered by an emoji.

Lizzie’s fans and followers couldn’t be more excited for her.

“Well we know what u had for dessert now 😂,” joked her season six co-star and friend Cyrell Paule.

“The 😍 emoji is everything ❤️❤️❤️❤️,” remarked another.

One follower commented: “I just want to say that I admire the respect you have for your man and not posting his face. Thats some honest respect right there,” to which Lizzie replied, “My life is so different compared to how people might know me (from a show) for me this is sacred and like my family I don’t allow access to lots of people I love x.”

MAFS fans first met Lizzie in 2019 when she was partnered with Sam Ball, who infamously had an affair with co-star Ines Basic.

A year later, she returned for a second shot at love and became an intruder couple with Seb Guilhaus.

Though the pair stayed together after the show and attended the MAFS reunion together, they confirmed their break up in January this year.

“We are both respectful of each other and are still involved in each other’s lives. We both have cherished each other and have grown together. We would like to send love and well wishes to all,” they wrote in identical statements at the time.