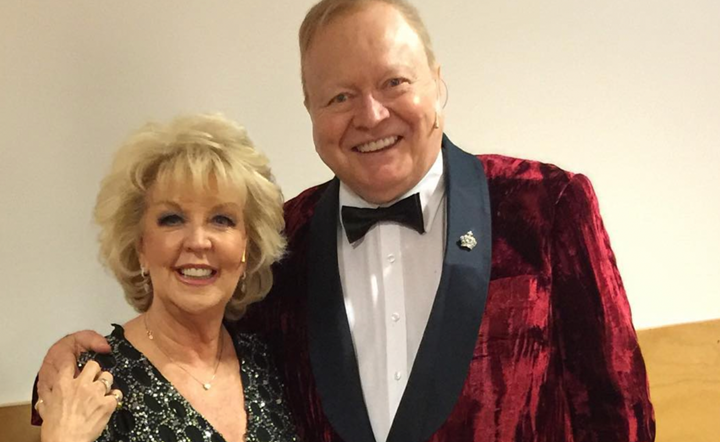 Ever since her beloved husband passed away in October, Patti Newton has kept a relatively low profile on social media.

However, the widow of TV legend Bert Newton has shared an emotional tribute to him and thanked fans for their love and support.

Taking to Instagram, Patti shared a sweet photo of Bert surrounded by his four eldest grandchildren.

“The love that has been shown to Bert , from messages, thousands of cards, letters has been overwhelming. We just want to say ‘Thank You’,” she captioned the photo.

“The empty hole and heartbreak I feel is enormous, I think I just loved him too much. Thank you again , he’d be so thrilled.”

Friends and fans filled the comments section with loving and supportive messages to Patti.

“I’m sure he would say the same about you Patti …. I hope you managed to get through Christmas ok ❤️❤️❤️❤️❤️,” one penned.

“Everyone loved Bert and we all love you too💖You both showed us in Australia what true love is❤️❤️,” remarked another.

A third wrote: “Soulmates in this life and the next ❤️.”

In November, just weeks after what would’ve been her and Bert’s 74th wedding anniversary, Patti broke her social media silence for the first time since his death.

Sharing a throwback photo of the couple on their wedding day,

“My darling Alb I will miss you forever. My heart is broken 💔,” she wrote at the time.

Bert first met the then Patti McGrath when the two of them were radio child stars and then moved on to work together at Channel Seven.

The pair stayed in contact throughout their teens and twenties with Patti even inviting Bert to her 21st birthday party before moving to the UK to further her career. It was then that Bert knew that Patti was The One.

After tying the knot in 1974, Bert and Patti welcomed their children Lauren and Bert and share six grandchildren – Sam, Eva, Lola, Monty, Perla and Alby.