Who are Prince Albert of Monaco’s children? Meet the royal kids here 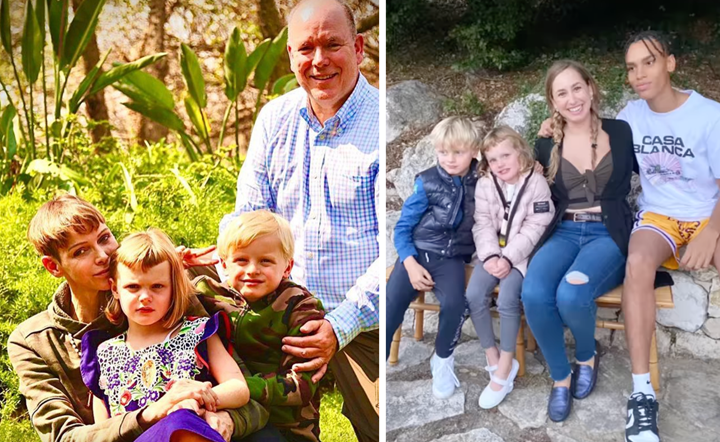 When royalty welcome babies, it’s undoubtedly an exciting time but it also marks the next generation of the monarchy.

Prince Albert II of Monaco is a father-of-four but only his youngest two, Prince Jacques and Princess Gabriella whom he shares with wife Princess Charlene, are eligible in the line of succession.

Keep scrolling to get to know Albert’s four kids and why we rarely see them all together.

Jazmin’s mother Tamara Rotolo met the Monegasque prince whilst on holiday on the Côte d’Azur in 1991 and though they had a brief relationship, never married.

Tamara decided to raise Jazmin away from the intense spotlight of royal life so Grace grew up in the US and didn’t connect with her father until she was 11.

“I wanted that moment to connect with my father, to get to know him, and to have him get to know me,” Jazmin told Harper’s Bazaar in 2015.

“Not having had that figure around, I missed that. It’s wonderful that it happened when it did, and we’ve been enjoying a great relationship ever since.”

Albert formally acknowledged Jazmin as his daughter in 2006 and since then, she has fostered a close relationship with her royal relatives, including her stepmum Charlene, though she is not in line to the throne as she was born out of wedlock.

Like her grandmother Grace Kelly, Jazmin is now an actor as well as a singer and philanthropist based in New York City. She founded the Jazmin Fund, an ongoing philanthropic project that brings basic classroom and medical supplies to Fijian villages, at just 14.

She is also dating musician and actor Ian Mellencamp.

Albert and Nicole met in 1997 on a flight from Nice to Paris and the two went on to have a five year affair.

Unlike his older sister Jazmin, it didn’t take as long for Albert to officially recognise Alexandre as his son. The prince did so in 2005, just weeks after the death of his father Prince Rainier III, after Nicole revealed their child’s existence to the French magazine Paris Match.

However, the father and son share a close relationship now and bond over sport and politics with Albert telling PEOPLE: “He’s a very nice kid. I must say he has had a really good upbringing. He’s [a] very nice and polite young man and I’m always very happy to see him when I can.”

Alexandre is now working as a model and recently celebrated his 18th birthday in Monaco – his dad threw him an extravagant birthday bash at club Jimmy’z Monte-Carlo.

However like his older sister, he is not in line for the throne.

Despite being Albert’s youngest children, Prince Jacques and Princess Gabriella are Albert’s only children who are in the official line of succession.

In December 2014, Albert and Princess Charlene welcomed their twins and Albert had only kind words to say about his wife’s parenting skills.

“I don’t think they would be as smiling and happy as they are if she weren’t as good a mother as she is,” he told PEOPLE.

Now seven-years-old, the twins are growing up fast!