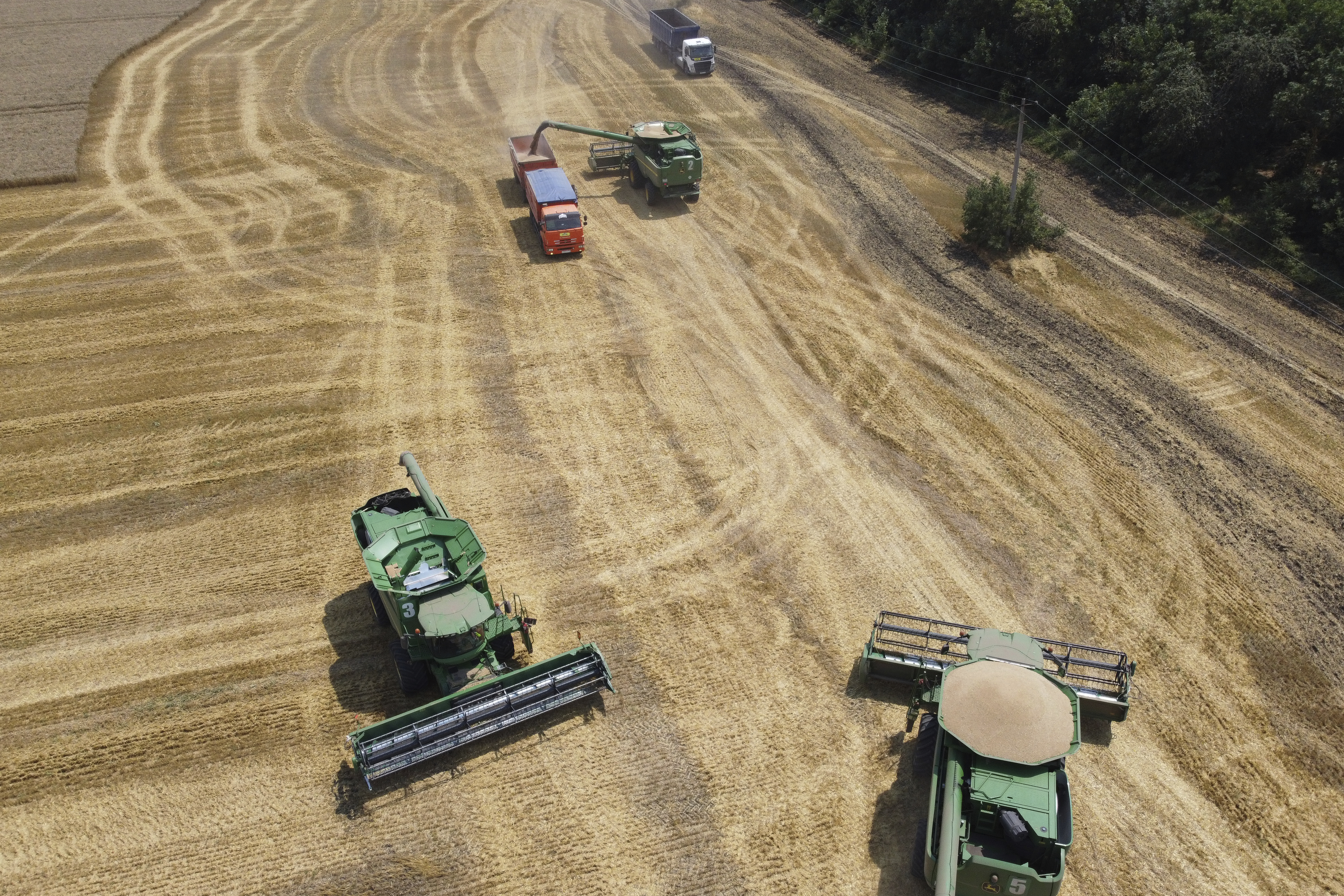 Russia’s attack on Ukraine has gone from a possible blitzkrieg to a war with an uncertain outcome. And this, for the European states, is going to translate into an economic blow with unpredictable consequences. Among the most affected sectors is the Spanish countryside, since it had in the Ukraine one of the main markets from which it imported cereals —maize, mainly— for the production of feed for the cattle herd. For this reason, the Government has rolled up its sleeves in Europe and has been pressing the European Commission for a week to seek alternatives. The objective: to prevent a further increase in the cost of inputs —raw materials that are used to produce other goods—, which would ultimately cause a new increase in food prices and push inflation even higher.

Spain, through the Minister of Agriculture, Fisheries and Food, Luis Planas, insists in Brussels for the relaxation of community requirements when it comes to importing cereals, even temporarily, and thus counteract the loss of the Ukrainian harvest. Specifically, he demands that “the CAP measures be made more flexible so that production can be increased [de cereales]” in Spain and other EU countries, the ministry said in a statement. This means, for example, that compulsory fallow areas be reduced and that they be allowed to be planted temporarily during the conflict. This issue was already addressed in the last extraordinary Community Council of Ministers, and it has been brought back to the table this Monday in the special Agriculture committee that is preparing the topics for the next council, according to department sources.

In addition, according to these sources, the Spanish Executive has also requested that the health requirements for imports into Europe be relaxed. That is to say, that corn can be bought, which until now is not possible because they use phytosanitary products and transgenics that are not allowed in the Old Continent. This, in practice, would facilitate the purchase of cereals from Argentina, for which there are restrictions (due to their content in some phytosanitary product residues). And also the importation of genetically modified corn and soybeans from the United States or Brazil, after control by the Food Safety Agency. “We are facing an exceptional situation that requires exceptional measures,” said the minister.

The fear in the Spanish countryside is based on the relevance of imports from Ukraine for animal feed. It is the second supplier of corn to Spain, only behind Brazil, with an average volume per season of 2.7 million tons, 22% of purchases abroad of this product. Specifically, in 2021 agri-food imports from the Eastern European country amounted to 1,027 million euros, mainly cereals (545 million euros), especially corn: 510 million. Oils, meanwhile, accounted for 423 million.

“Corn is the most imported cereal in Spain. Ukraine stands out, which represents 16% of international corn exports and is the fourth largest exporter in the world”, affirms the ministry that Planas directs in a note. Purchases from Russia cannot be counted either, although these were much smaller (0.5% of total imports).

In this context, in which Spain has an “average structural deficit in the trade balance of the last five campaigns of 14.7 million tons, whose main destination is to supply the livestock population”, according to Agriculture, it becomes more urgent the search for alternatives that avoid lace for a highly affected agricultural sector. Likewise, due to the war situation, there is not only the problem of the loss of this year’s production in the Ukraine due to a paralyzed commercial activity: there are also doubts about the possibilities of planting and production for the next campaign, so the deficit of these cereals is not expected to be temporary.

In fact, according to the ministry, the conflict has already caused an increase in the prices of raw materials that mainly affects the livestock sector. To which Planas added a notice in the statement with which he urged his European partners: “They are concerned not only about prices, but also about the availability of raw materials.”

In supermarkets, for their part, they suffered the first restrictions last weekend due to the Russian military attack. The main chains began to ration the sale of sunflower oil and seeds in response to a demand triggered by consumers’ fear of shortages or higher prices. “The anomalous demand affects a very limited number of products related to sunflower oil from Ukraine and there are alternatives for both origin and product,” said the Spanish Association of Distributors, Supermarkets and Supermarkets (Asedas) in a statement.

Despite this, sources from the large distribution chains agree that it is a preventive measure. That is to say, there is no lack of supply, but we want to avoid a contagion effect and reach that scenario. Hence the limitation to purchase per person per day at Makro, Mercadona or Consum, among others. In addition, when questioning whether there are abnormal purchases of another product or possible problems with stockthe companies rule it out: “We have not noticed anything at the moment, although if the conflict is delayed in time for months it could affect other derivatives of oil such as mayonnaise or margarine, among others.”

10 countries with the most polluted air!

Zunder: The Palencian ‘youtuber’ who has received a check for 100 million euros for his ultra-fast chargers | Business

Police officer injured in traffic accident in Balıkesir was martyred

Argentina declares the death of 500 indigenous people in the Napalpí massacre a “crime against humanity”
May 20, 2022

The Russian opponent Kara-Murza wins the Václav Havel prize of the Council of Europe | International
October 10, 2022

Putin’s bombs trigger the use of the Ukrainian language: “Russian is my mother tongue, but I don’t intend to speak it anymore” | International
July 3, 2022

Putin’s bombs trigger the use of the Ukrainian language: “Russian is my mother tongue, but I don’t intend to speak it anymore” | International