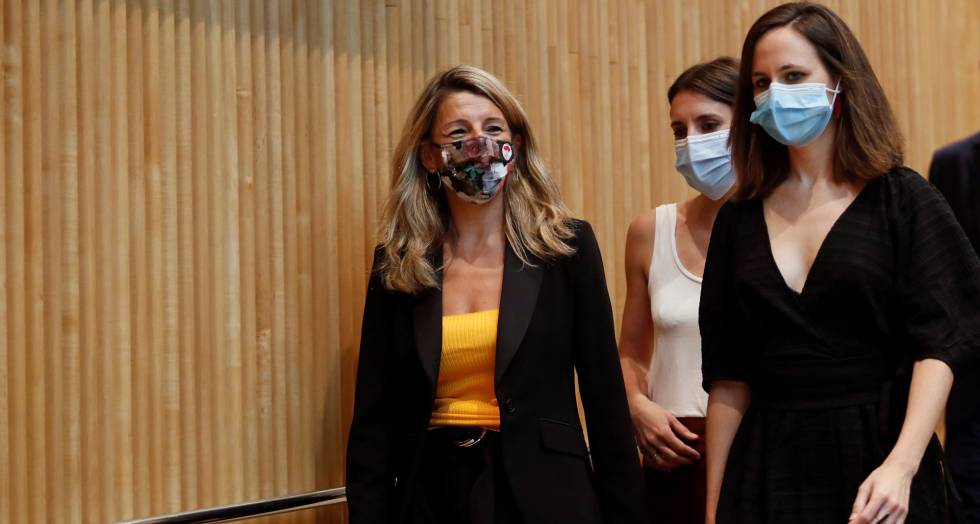 Companies with more than 50 workers are required by law from today, Monday, March 7, to have an Equality Plan for their staff. This plan not only has to be negotiated with the legal representation of the workers, but it also has to be agreed with them.

Until today, it was the companies with more than 100 employees that were required to have it, but with the passage to those with 50 workers or more, the legal plan to implement these plans in the productive fabric is completed. But as these plans are mandatory in smaller companies that do not have large Human Resources departments, many doubts arise regarding their preparation and implementation. These are the steps for a company to adopt an equality plan.

Who has to negotiate and agree on an Equality plan?

The law indicates that it must be the representatives of the company and the legal representation of the workers who constitute the negotiating table and agree on the plan. In companies where there is no union representation, the company must contact the unions that are most representative of its activity to negotiate with a delegation from these centrals.

What must include at least an equality plan?

After determining the business and union delegations that will negotiate it, the text must include which people it affects, in which territories and what its validity period will be. In addition, the core of the plan will have to include three large blocks of content that must be negotiated and agreed upon: the first step in their elaboration must be the Assessment of the job positions; in time will be done wage record –This must be done by all companies, including those with less than 50 workers that are not required to have an equality plan—; and finally the salary audit.

Along with these axes, which are the first to start the design of these agreements, the equality plans must also include qualitative and quantitative objectives as essential subjects to alleviate “realistic” inequalities. In addition, they will collect, with this same objective, the measures to be adopted and the indicators that will be developed to measure the results of each measure. The rule also requires the creation of a monitoring commission to evaluate the implementation of the plan and its application and, finally, must establish the mechanisms to modify the text and solve interpretation problems that may arise during its validity.

How to lay the foundations of the plan: the evaluation of jobs

The business and trade union experts on equality consulted agree that the most important part of doing an equality plan well is the assessment of jobs. “It is essential to make sure that you are comparing positions of equal value to detect whether or not there is inequality in the treatment and remuneration of workers,” explains Juanvi Martinez, director of the Human Capital area at Mercer, a consultancy that has prepared numerous equality plans for companies of all sizes. Martínez assures that his company has already tested a good method for making these job evaluations for a long time, which, as he explains, “are the key on which many more things are built than equality policies, such as the design of career paths or the company’s compensation plan”, adds this Mercer manager.

In the case of Mercer, it is a company specializing in human resource management, but what happens if the SMEs that are obliged to have these plans from today want to make such an assessment of their positions themselves? They can do it with a computer tool that the Ministry of Labor has developed within the social dialogue with unions and employers and that is finalizing its presentation these days. It is a simple page like those of the Excel program where the company and the unions must assign a series of “factors” similar to the skills necessary for the labor provision of that specific activity to each job position.

From the Ministry of Labor they explain that using this computer tool – which will be made available to the public shortly, according to sources of its design – “the procedure requires: determining the jobs present in the company and evaluating for each of them the totality of the factors that have been included in the tool according to a scale. The tool automatically provides a numerical score that reflects the value of each job and classifies them into groups of jobs of equal value.

Once the negotiating table of the equality plan has the positions evaluated with a score and grouped by positions of equal value, this ranking must be compared with the remuneration record (with the salary perceptions of each worker) that the company has also had to prepare. and that, in turn, must include “the arithmetic mean and the median of the salary perceptions of jobs of equal value,” they indicate from Labor.

In this comparison of the positions evaluated and the salaries charged by each of the workers in those positions, it will be possible to observe if there is a gender bias and women earn less for a position of the same value, they explain from the Confederal Secretary for Women, Equality and Working Conditions of CC OO.

This is also explained by Labor: “comparing the results of the evaluation of jobs with the company’s remuneration policy will allow us to identify the differences between the remunerations that may be discriminatory when they do not correspond to the value of the positions.”

According to the standard, this audit must include, in addition to the salary diagnosis of the company, “the establishment of an action plan to correct pay inequalities, with the determination of objectives, specific actions, a schedule and the person or persons responsible for its implementation and monitoring The action plan must contain a system for monitoring and implementing improvements based on the results obtained”.

Can the company entrust these processes to an external and specialized consultancy?

Yes, the company can outsource the preparation of its equality plan, but then it must always submit it to the negotiation and approval of its legal representation of the workers or the committee that has been set up ad hoc for this, in the event that there is no such representation.

What sanctions can the Labor and Social Security Inspectorate impose on a company with more than 50 workers that does not have an agreed Equality Plan?

The latest changes to the Law on Violations and Sanctions of the Social Order produced in January 2022 qualify as a “very serious” infraction that a company with more than 50 workers from today “does not prepare or apply the equality plan”, or that it do but “manifestly failing to comply with the terms provided”, when the obligation to carry out said plan comes from a mandate of the labor authority.

In these cases, and depending on the degree of seriousness of the infraction determined by the Labor Inspectorate, the offending company faces fines that can range from 7,501 to 225,018 euros. These are the new amounts that have been applied since October 1, 2021, since previously the fines ranged from 626 euros (it was considered a serious penalty) to 187,515 euros.

All companies required from today to have an equality plan (those with more than 50 workers on the workforce) are also required to register it in the Registry and Deposit of Collective Agreements, Collective Labor Agreements and Equality Plans (REGCON) of the Ministry of Job. At the moment, of the around 14,000 registered companies with more than 100 workers – which until today were already required to have these plans – barely a third of all of them had included their plan in this registry.

EYT LAST MINUTE TODAY 16 NOVEMBER: Premium and age problem for those stuck in retirement age has been solved! When will the 2022 EYT be released, who does it cover, what are the conditions?

Payton Gendron: Buffalo Killer Had Plans for Another Attack on Black Americans | International

Erdogan, Putin and Raisi agree to “finally liquidate the terrorists” in Syria | International

Daniel Ortega culminates the coup against the newspaper ‘La Prensa’ with the seizure of its historic building | International
August 25, 2022

At least 38 dead in a factory fire in China | International