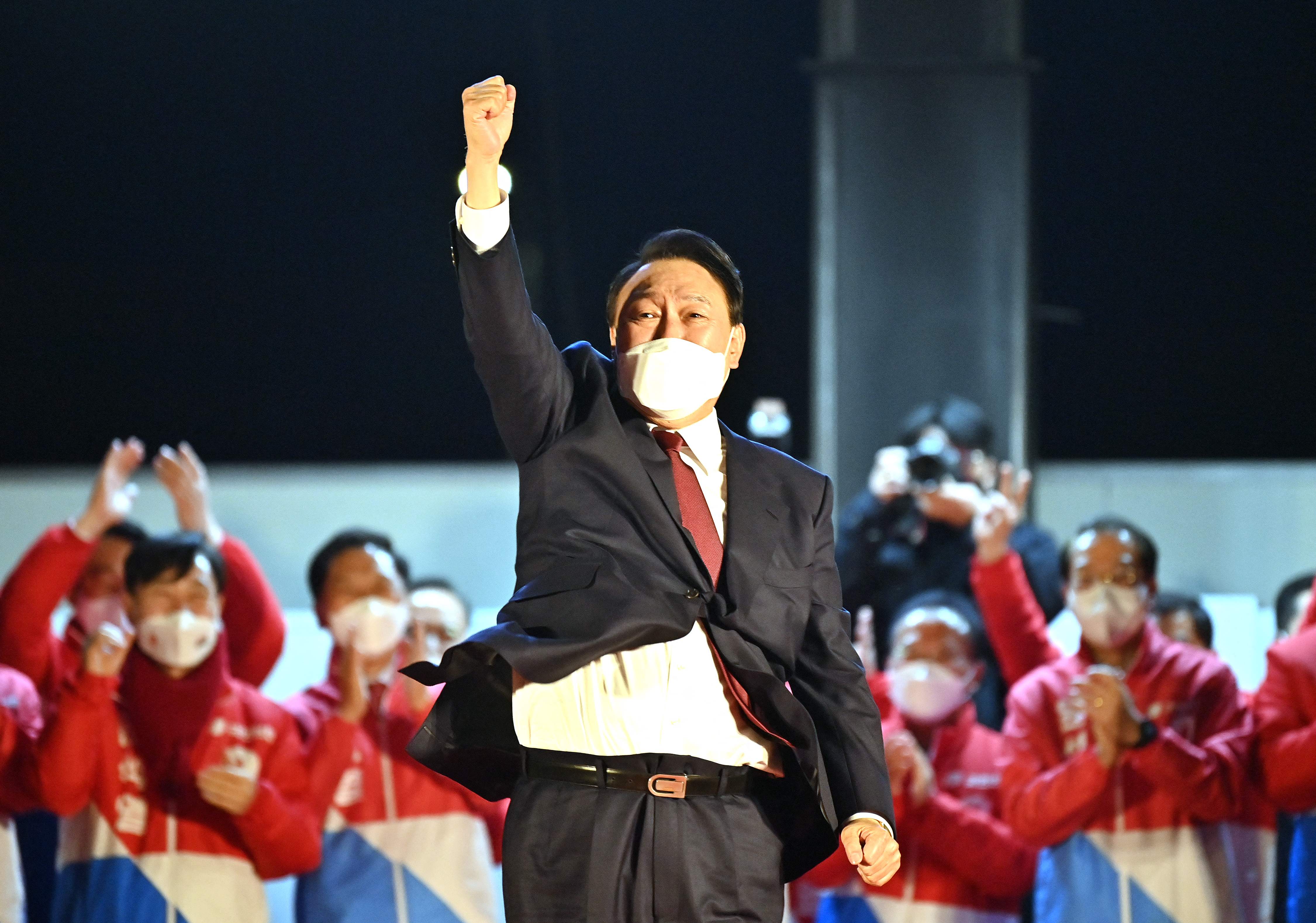 For the minimum. In elections that have exposed the deep political divisions in the country, the former attorney general and candidate of the conservative People’s Power Party (PPP), Yoon Suk-yeol, will be the new president of South Korea, after a victory by a margin the thickness of a sheet of paper against his rival, Lee Jae-myung, former governor of Gyeonggi province, and representative of the progressive Democratic Party (PD), until now in government.

After the end of the count in the early hours of this Thursday, Yoon, 61, was the winner with 48.56% of the votes, compared to 47.83% achieved by Lee. In his victory speech, the former prosecutor congratulated himself on the “great victory of the South Korean people.” His rival has accepted defeat and apologized to her voters, noting: “I have done my best, but I have not lived up to expectations.” “I hope that the elected president will rise above divisions and conflicts and usher in a new era of harmony and national unity,” he added.

The result breaks the ten-year cycle of alternation in power between conservatives and progressives that had become a tradition in South Korea’s democratic history. The PD has remained in government for five, those of outgoing President Moon Jae-in’s mandate. Moon did not appear because the Constitution prohibits heads of state from running for re-election.

The victory of Yoon, a newcomer in politics, also represents a surprising return to power of the PPP after a heavy defeat in the 2017 elections. Those elections were held after the impeachment of the conservative president Park Geun-hye, by a grotesque corruption scandal in which the leader’s ties to shamanism came to light. Tens of thousands of people had taken to the streets every week in the main South Korean cities to demand the departure of the then head of state. Paradoxically, as attorney general Yoon was responsible for Park being found guilty and ending up in jail.

The elections this Wednesday were held after a bitter campaign full of insults, accusations of corruption and scandals. But although polls indicated that neither candidate enjoyed widespread popularity among citizens, turnout reached 77.1% in a census of 44 million calls to the polls.

The elected president has promised to fight corruption and favor equality. During the campaign, voters had expressed particular concern about youth unemployment, high housing prices and inequality.

The divisions have been revealed in the composition of their vote. Among those under 30 years of age, 59% of men have opted for the former attorney general, while barely a third did so for the progressive candidate. In contrast, women in that demographic leaned overwhelmingly for Lee (58%), with 34% for Yoon.

This fracture is explained by the positions of the conservative candidate during the campaign. Although she has described herself as a “feminist”, in controversial statements she has also indicated that, among other things, she will eliminate the Ministry of Equality, considering that women are not discriminated against in South Korea. A reading in which she contradicts the OECD: the gender wage gap in that country is the deepest of all the Member States and the salary of women is less than a third of that of men.

Approach to the US and Japan

In foreign policy, Yoon is expected to seek rapprochement with the United States and Japan. Relations with the neighboring country did not go through their best moment during Moon’s mandate, due to tensions with historical roots and territorial disputes. One of his first challenges is expected to be the behavior of North Korea, which since the beginning of this year has resumed an intense campaign of missile tests after the failure of negotiations with the United States on the denuclearization of the peninsula and after that the policy of rapprochement that characterized the Moon era did not yield results. Next month marks the 110th anniversary of the birth of regime founder Kim Il Sung, and Pyongyang may want to mark the date with a launch.

In a first press conference after his victory, Yoon has indicated that he will keep the door “always open” for dialogue with North Korea, although he also warned with a “severe” response to the neighboring country if necessary, reports Efe.

Election day was marked by the covid pandemic, which caused schools to remain open an hour and a half beyond the usual time in an election, to allow those infected to go to the polls. South Korea is experiencing a strong wave of the omicron variant, which left 340,000 new infections on Wednesday and keeps more than a million people confined to their homes.

Chile begins the search for 1,162 disappeared from the Pinochet dictatorship
June 13, 2022

Chile begins the search for 1,162 disappeared from the Pinochet dictatorship

US and China try to smooth things over Taiwan | International
September 24, 2022

US and China try to smooth things over Taiwan | International

Assault on Capitol: “January 6 was the culmination of an attempted coup by Donald Trump” | International
June 10, 2022

Assault on Capitol: “January 6 was the culmination of an attempted coup by Donald Trump” | International

Ukraine’s counterattack manages to contain Russia in the east of the country | International
May 17, 2022

Gas payment opens a crack in the EU: Are energy companies violating sanctions against Russia? | International