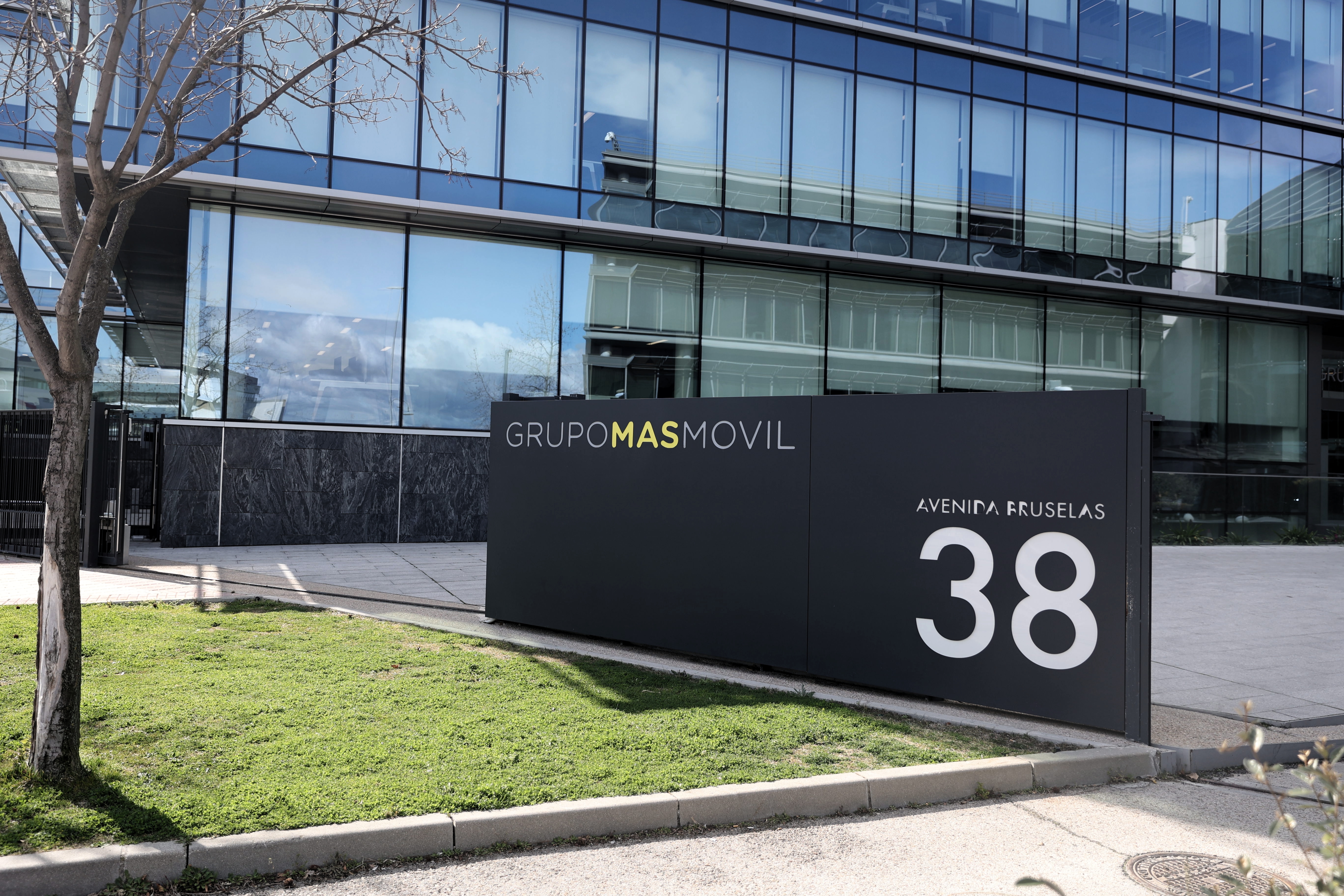 The classic statement says that in life there are only two certain circumstances: death and payment of taxes. Updating it, a third element should be added: mutual funds always win. Only by admitting this premise can the merger announced last Tuesday between MásMóvil and Orange be understood. The official reason used by the two protagonists to face the operation – the largest corporate union in Spain in the last two decades – is the need to create a powerful operator to face the fierce competition of the Spanish telecommunications market marked by offers low cost But the union of both companies does not guarantee, far from it, that the market will be balanced, or that the trend towards increasingly cheaper rates will be reversed with the consequent drop in income of the large operators.

Investment funds have fueled and starred in all the consolidation operations that the bond market has experienced. telco in recent years, displacing traditional banks and companies as second-hand investors. They arrive, they buy very cheaply, they make a lot of noise, and they sell very expensively in the midst of the clamor. Their strategy is to apply aggressive management to make the small companies they enter grow very quickly until they are fat to make the traditional operators -Telefónica, Orange and Vodafone- see that their market share is in danger and they must surrender to their charms and accept the purchase of the new operator, further pressured by the investment banks that whisper in their ears – under succulent commissions – advice and reports in favor of the bargains offered by the funds.

The case of MásMóvil and Orange is a textbook in that strategy. Two young polyglot friends with ambition and a lot of work capacity -the Austrian Meinrad Spenger and the Norwegian Christian Nyborg- founded MásMóvil in 2006, taking advantage of legislation such as the Spanish one that allowed (and still allows) that, with just a few employees in a call center and a small office, attracting telephone customers from other companies without having to invest a single euro in networks or equipment. It is enough to rent them at a regulated price to the operators who invest.

As it had hardly any expenses, MásMóvil was able to apply very low prices and gain a foothold in the then incipient mobile telephony and broadband market. The investment funds did not take long to notice these two entrepreneurs and give them the financial boost they needed. MásMóvil then launched into a wild acquisition race of small firms (Ibercom, Neo, Quantum, Xtra, Embou and YouMobile), until, with the funds already on the board of directors, he made a coup to acquire Yoigo in 2016 , which was four times larger than MásMóvil itself.

That was the turning point. MásMóvil, which had broken all the revaluation records on the Stock Exchange, became visible as the fourth Spanish operator and available for sale. All you had to do was put the bow on it. Investment funds took care of it. They came out of hiding, and in 2020, KKR, Cinven and Providence launched a takeover bid for the entire capital of MásMóvil for 3,000 million euros. They already had total control of the company, but they still had to give the last blow and in March 2021 they agreed with Zegona, another sister investment fund, the purchase of Euskaltel for 2,000 million. Money was no problem. The banks put it once again. As a result, the debt of MásMóvil skyrocketed to 6,500 million euros. They would find someone to pay for it.

And they have found it. Last Tuesday, MásMóvil announced its merger with Orange Spain through the creation of a new joint venture controlled by both firms 50% valued at 19,600 million, and with the possibility of taking it public. Although the announced agreement simulates a joint merger, in reality, it is a deferred purchase of MásMóvil by Orange, because it contemplates that when the merger is completed within a year, it is the French company that takes control of the joint venture.

And where do investment funds get their cold, hard cash? In principle, they could only make cash if the company goes public. The funds, however, cannot depend on the health of the feverish stock markets and have patented a magic formula to receive their reward safely and without any risk, which they have applied in many of these consolidation operations. Once the merger is complete, the new company asks the banks for a millionaire loan with the sole objective of distributing that money among the shareholders among whom the funds are counted. That is, they reward themselves with the loan money that they request and approve.

In the case of MásMóvil and Orange, and as EL PAÍS anticipated, to accommodate the operation, an initial disparate valuation of both firms has been carried out, which gives a value of 11,500 million to MásMóvil, which, discounting the debt of 6,500 million, would mean a value real of 5,000 million for the yellow operator, compared to the 8,100 million at which Orange Spain (which has no debt) is valued. To compensate for this difference, the company that emerges from the merger will borrow an appreciable amount of up to an additional 6,000 million with the aim of allocating those funds to the payment of an extraordinary dividend to Orange of around 4,500 million euros and another of 1,500 million to the shareholders funds of MásMóvil.

Obviously, once this payment is completed, the debt of the new company will double to more than 12,000 million, but the funds will no longer have to answer for that debt. They will become minority shareholders, and the management and majority of the capital will pass into the hands of Orange, as agreed in the agreement. And who is the largest shareholder of the Orange group? The French State, with 23% of the capital. In other words, if something goes wrong, the main loser will be the French taxpayer. Or the investors who go to the IPO if they finally manage to place the company that comes out of the merger on the stock market. A placement that would also bring new millionaire capital gains for the funds.

Euskaltel is precisely the closest example of how funds act quickly and accurately to earn money in record time. The British fund Zegona undertook a two-year battle without quarter to gain control of the operator, one of the symbols of Basque nationalism and armored by shareholders of the stature of Kutxabank. Despite the opposition of a large part of the shareholders and the reluctance of the political power, Zegona ultimately got away with it in 2019 when it took over the majority of the capital. He relieved the entire management at a stroke of the pen and signed an agreement with Virgin to extend to the entire country, promising that he would stand up to national operators such as MásMóvil. His commitment did not last long. In March 2021, MásMóvil announced the launch of a friendly takeover bid for Euskaltel and Zegona secured a lucrative payment of more than 430 million euros.

If the funds always win, it is because there is always someone willing to pay them, even if the operations do not give the expected returns in the long run. And it is also always the same ones that pay: the traditional operators that invest in networks and whose management is far removed from the aggressive ways of their occasional competitors because they are foreign subsidiaries that depend on the parent company (Vodafone and Orange) or because they must maintain an institutional role (Telefónica). It happened with the purchase of Ono by Vodafone in 2014 for 7,200 million euros, which buried the British operator in debt and lawsuits and made funds and managers rich; and with the acquisition of Jazztel by Orange in 2015 for 3,300 million, from which multimillion-dollar funds, bondholders and executives also came out, without the subsidiary of the French group making the leap to compete with Telefónica. The proof is that now you have to buy MásMóvil to complete that assault.

Video | Why does Putin claim that Russia and Ukraine are the same state? | Videos

US Elections: Biden calls on voters to mobilize because “democracy is at risk” | International
4 weeks ago

US Elections: Biden calls on voters to mobilize because “democracy is at risk” | International

Davos Forum: Scholz lashes out at Putin’s imperialist impulses: “He will not win the war” | International
May 26, 2022

Davos Forum: Scholz lashes out at Putin’s imperialist impulses: “He will not win the war” | International