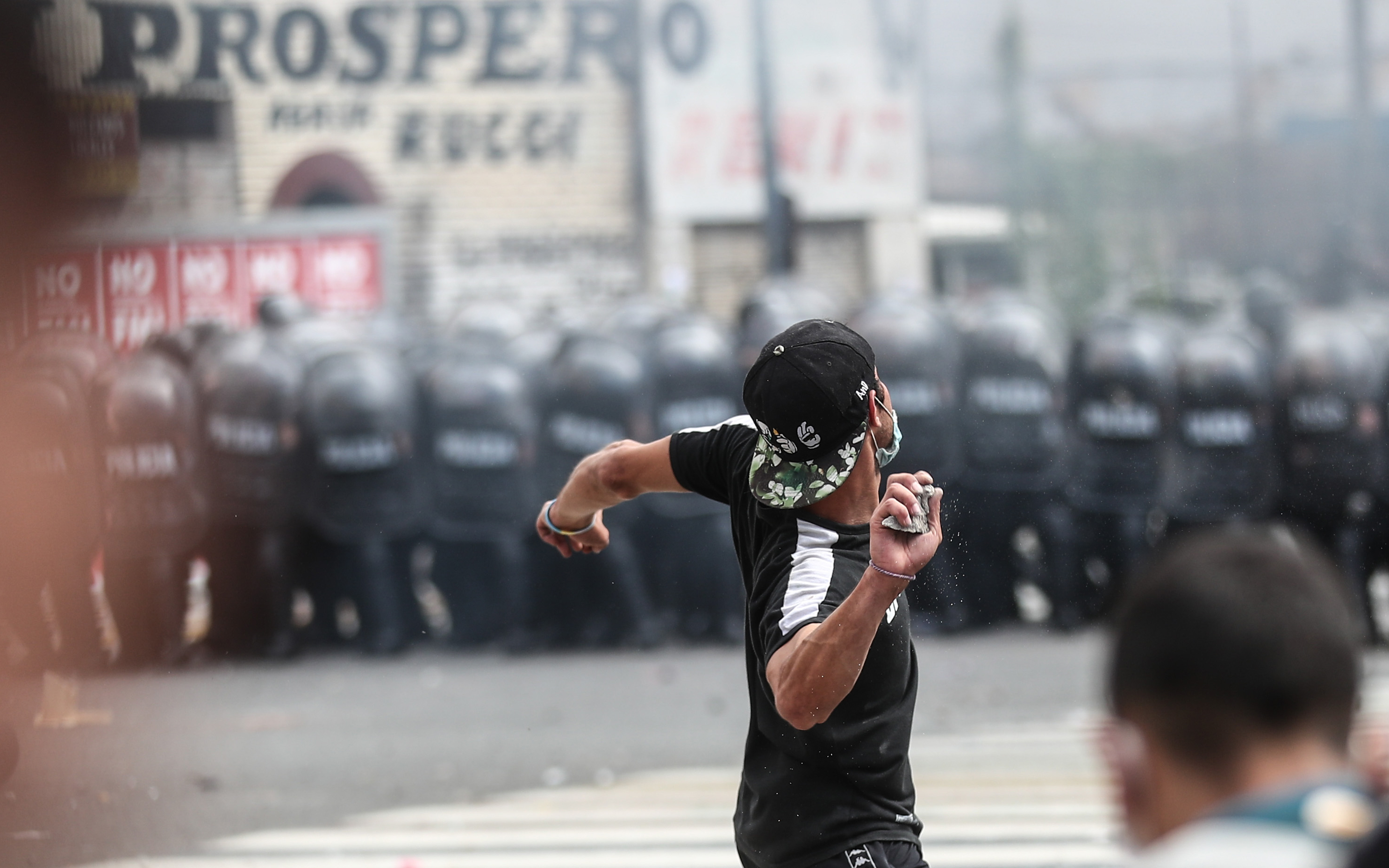 For once, the ruling party and the opposition put aside their differences and voted jointly in the Argentine Chamber of Deputies. The agreement with the International Monetary Fund to refinance the rescue of 45,000 million granted to the Government of Mauricio Macri in 2018 was approved this morning with 202 positive votes, 37 negative and 13 abstentions. Only the extremes opposed the agreement: 28 Kirchnerists, who are part of the government coalition, other leftist parties and the extreme right.

The marathon session lasted almost 13 hours, until 03:45 in the morning. At the beginning of the debate, outside Congress, thousands of supporters of leftist parties protested against the agreement, while a small group of demonstrators burned tires and threw stones at the building until the police evicted it from the square. But inside the venue an unprecedented calm reigned, only broken by the uncertainty about the direction of the vote of Máximo Kirchner, son of Vice President Cristina Fernández de Kirchner, which in the end was negative, like that of other members of the La Cámpora group. .

La Cámpora justified its negative vote through an extensive statement. In his opinion, the economic team led by Minister Martín Guzmán “developed a strategy of ‘kindness’, secrecy, secrecy, confusion and misinformation in the negotiations.” Legislators close to Máximo Kirchner criticized the “degree of interference in the administration of public affairs that the IMF will effectively have” and the fact that the negotiations have not ensured “the sustainability of the debt after 2025, when Once the grace period has expired, the repayment stage begins.

Fernández de Kirchner broke the silence this morning to align himself with his son in rejecting the agreement and show the internal tensions within the governing coalition, the Front for All. “Today, as never before, I remembered Néstor’s words regarding the IMF, when he said: ‘He always acted as promoter and vehicle of policies that caused poverty and pain in the Argentine people.’ Again. Immense shame, ”said the Argentine vice president in a video posted on her social networks where she shows the damage caused by the stones thrown at her office.

After obtaining the half sanction, from the ruling party they were satisfied with the result, which paves the way for final approval in the Senate next week or, at the latest, the following. Time is running out: there are only 12 days left for the first big maturity of the year, when the Argentine State should pay 2,800 million dollars to the IMF, and it needs the first disbursement from the organization to be able to face it. Despite the rejection of Fernández de Kirchner, head of the Upper House, the Peronist Executive is confident of having enough votes and has already opened a dialogue with the opposition senators.

In the Chamber of Deputies, the positive votes of the Together for Change alliance (with some exceptions, such as that of the former Minister of Economy Ricardo López Murphy) were possible thanks to the prior negotiation to agree on the bill, from which they were eliminated. all the details of the economic program agreed with the IMF despite the resistance of Guzmán, the main negotiator with the organization. The legislators limited themselves to voting their support for the restructuring of the debt contracted under the Macri government that Argentina is not in a position to pay today. Argentina had to return 19,000 million dollars this year and close to 20,000 next year, impossible amounts given its scarce reserves.

The two great political alliances of Argentina were left on almost equal terms in the Chamber of Deputies after the legislative elections last November —118 seats for the ruling party against 116 for Together for Change— which forces the Government to agree on any law that want to get ahead. On this occasion, the opposition asserted its strength so as not to have to support the Peronist economic program. “If we were not here tonight, Argentina would go into default,” they said from the opposition coalition after the vote.

The president, Alberto Fernández, maintains that the parliamentary approval of the agreement distinguishes it from the previous government, which assumed the current debt by decree. The approval of both chambers is also one of the requirements for the agreed restructuring to enter into force. The other is that it also be approved by the board of the international organization led by Kristalina Georgieva.

The agreement signed in Washington obliges the Fernández government to submit to quarterly reviews of public accounts. The disbursement of funds agreed with the IMF is conditional on the country meeting the agreed public deficit goals (2.5% of GDP in 2022, 1.9% in 2023 and 0.9% in 2024), limiting the monetary issue and reduce energy subsidies, among other demands.

The progressive elimination of the gasoline subsidy hits Venezuelans | International

China insists on blaming the US and NATO for the war in Ukraine | International
March 9, 2022

Russia’s war in Ukraine: In the morgue of the city-shield that resists Putin’s troops | International
March 15, 2022

Russia’s war in Ukraine: In the morgue of the city-shield that resists Putin’s troops | International

What was life like before the internet? The catalog of 100 things that we lose | Technology
March 10, 2022

What was life like before the internet? The catalog of 100 things that we lose | Technology