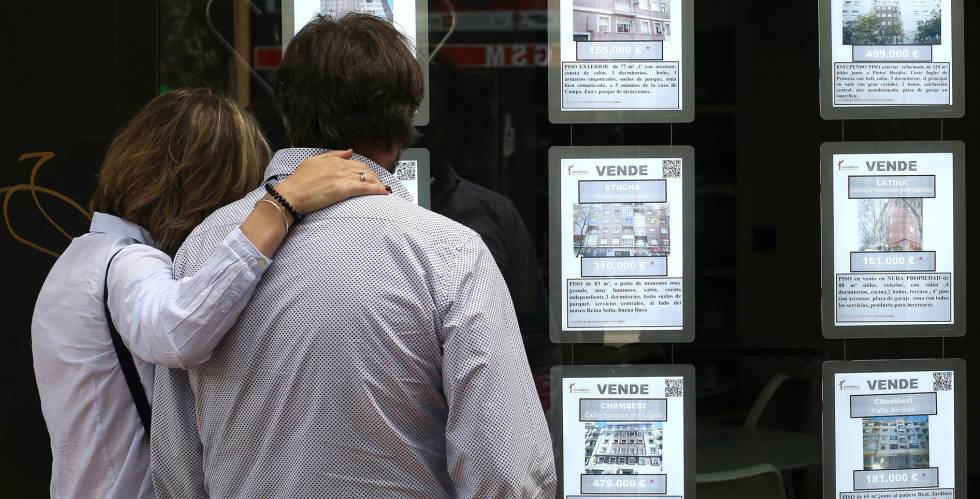 The Constitutional ruling on the Catalan law that set limits on rental prices does not prejudge whether state legislation in the same sense, or even identical, would be legal. This follows from the literal tenor of the ruling and the course followed by the deliberation of the final text, which was approved unanimously. This result was facilitated precisely by the fact that the precepts of the Catalan law that have been annulled -in which such limitations on rental prices were contemplated- were so for reasons of competence, that is, because it was understood that the contested regulations violated reserved powers to the State.

With this approach to the sentence, the way was closed to other types of debates in which, in all probability, the Constitutional Court would have split. And this because in the now majority sector in the court the criterion of the importance of the right to property is rooted, compared to the regulatory efforts of the State. In short, the possibility remains that the Courts approve – without prior accusation of presumed unconstitutionality – a state housing law that reintroduces the concepts of price limitation and stressed areas, to which said regime would apply.

There is nothing in the Constitutional ruling –of which Judge Ramón Sáez, from the progressive sector, has been a rapporteur-, that prevents this initiative from the root, which is in fact underway. It is certain, in any case, that the new legislation would be appealed again before the Constitutional Court, but what would have to happen with it would depend, in essence, on what the composition and the majority in the court were at the time of studying it and passing sentence. .

In this sense, among the progressive minority of the institution there is at this time a certain satisfaction for having been able to prevent the annulment of the Catalan law from being based on arguments that went beyond the question of jurisdiction. In this sector it is admitted that if the debate had been opened to other considerations – for example, on the affectation of the right to property in said autonomous legislation -, the theses favorable to the constitutionality of the norm would have been much discussed and possibly defeated.

Moreover, in the media of this sector it is estimated that the text of the resolution leaves open the possibility of an important margin of action for the state legislator, in support of the conception of access to housing as an individual and social right that must be enjoyed of special protection. In this sense, the ruling underlines among its legal foundations that housing, “whose protection is configured as a guiding principle of social and economic policy in art. 47 of the Constitution, constitutes, especially in the case of residential housing, the essential support and framework for the exercise of several fundamental rights closely linked to the dignity of the person and the free development of the personality”, among which are “the rights to personal and family privacy (art. 18.1 of the Constitution) and to the inviolability of the home”.

The sentence argues in another passage that “the state legislator, in use of the wide margin of appreciation available to him to adopt provisions in social and economic matters, is responsible for ruling on the adequacy of the bases of contract law to the guiding principles of the policy economic and social”. And after underlining that social and economic dimension, it places in that orbit the “right of all Spaniards to enjoy decent and adequate housing, enshrined in article 47 of the Constitution, in connection with the social function of private property recognized by the art. 33.2 of the Constitution, introducing, where appropriate, the appropriate modifications”.

The Constitutional Court, in short, has found a way not to delve into this debate by limiting itself to the issue of jurisdiction. Consensus on this point was relatively easy. Among other things because from the advisory bodies of the Catalan administration there were warnings in this regard at the time. On this issue, the Generalitat maintained in its opposition to the appeal of the PP that its legislation had the endorsement of the framework of regional civil law of Catalonia.

The Constitutional Court, however, has estimated in this regard in its ruling that “for the purposes that are now of interest”, this competence of the autonomous communities with regional law for the conservation, modification and development of their own civil law finds “in any case” the limit of the “bases of contractual obligations” that art. 149.1.8 of the Constitution attributes to “the exclusive competence of the State”. The ruling underlines that “in coherence” with the foregoing, article 129 of the Statute of Catalonia contemplates the exclusive competence of the Generalitat in matters of civil law, “with the exception of the matters that article 149.1.8.ª of the Constitution attributed in any case to the State”, among which are the “bases of contractual obligations”, an expression that includes those that may be established by rental contracts.

They would put it on the market! 1 ton was seized

Elections in France: The baker defending migrants who wants to be a deputy for the Mélenchon alliance | International
June 18, 2022

Elections in France: The baker defending migrants who wants to be a deputy for the Mélenchon alliance | International

Bolsonaro’s million-dollar weapon to extract votes from Lula: a payment for the poor | International
August 21, 2022

Bolsonaro’s million-dollar weapon to extract votes from Lula: a payment for the poor | International

Bolsonaro and Lula face each other in the first electoral debate, in pictures
August 29, 2022

Bolsonaro and Lula face each other in the first electoral debate, in pictures

Or thanks to Anne Rice, the writer who revealed two vampires in her mind and heart | Culture
March 8, 2022

War in Ukraine: Deja Vu, living in a hotel while waiting for the Russian defeat | International
April 4, 2022

War in Ukraine: Deja Vu, living in a hotel while waiting for the Russian defeat | International

The German extreme right deepens its crisis by leaving a regional parliament for the first time since 2014 | International
May 10, 2022