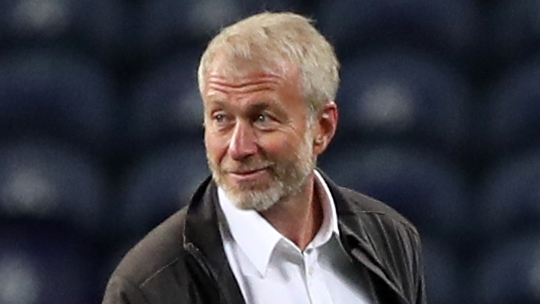 Russian billionaire Roman Abramovich is also, among many other things, Portuguese. In April 2021, the Portuguese government granted him nationality by virtue of Sephardic roots that were never well clarified. At that time, when the invasion of Ukraine seemed like a dystopian plot, money weighed more than transparency. The procedure to grant Portuguese citizenship to the Russian oligarch lasted just six months and was endorsed and managed by the Israeli Community of Porto, whose rabbi, Daniel Litvak, was arrested by the judicial police this Thursday, while preparing to fly to Israel, according to the newspaper Publicwhich a few months ago uncovered anomalies in the activity of this community to profit from the processing of Portuguese citizenship.

The Judicial Police confirmed late on Friday in a statement the operation led by the National Unit to Combat Corruption, which also included searches of homes and law firms. The State Attorney General’s Office launched an investigation in January to clarify possible irregularities in the processing of files to facilitate nationalization on the grounds of the historical background of Iberian Jews in which influence peddling, active corruption, document forgery could have been committed. , money laundering, tax fraud and criminal association.

Since 2015, the Nationality Law allows the descendants of the ancient Jewish community that resided in the country to be nationalized as Portuguese until their expulsion by order of King Manuel I in 1496, four years after the Catholic Monarchs expelled them from the territories of the crowns of Aragon and Castile. The Portuguese Government exclusively attributed to the Israeli Communities of Lisbon and Porto the power to certify the Sephardic background of the applicants. Since then, 86,500 requests have been processed, of which the Ministry of Justice has granted more than 32,000. 90% of the applications have been submitted to the Jewish organization of Porto, including that of the oligarch Roman Abramóvich. Although his nationality was granted a year ago, this fact was not known until mid-December, thanks to a news from Public. Only for the processing of these files, the Jewish community has entered more than 19 million euros.

The Russian billionaire, who also has Israeli and Lithuanian nationalities, was one of the main contributors to the Porto Holocaust Museum, which opened to the public in April 2021, just a month before Abramovich visited the city to attend the UEFA final at the Dragon Stadium, played at the end of May by Manchester United and Chelsea, a club that belongs to the oligarch. One of the curators of the Holocaust Museum is Hugo Miguel Vaz, who was in charge of entering information on Abramóvich’s Jewish background into Wikipedia while his file was being processed by the Portuguese administration. According to the newspaper Publicedited the billionaire’s profile on 18 occasions in its English and Portuguese versions to record data about his Jewish grandparents.

The modification of the Nationality Law, which in 2013 incorporated the proposal for descendants of Iberian Sephardim, was proposed by the socialist deputy Maria de Belém Roseira, aunt of the lawyer Francisco de Almeida Garret, one of the main figures of the Jewish Community of Porto, which is now under suspicion. In a recent article, Roseira defended “combating fraud” and “defending” the law “which constitutes a historical reparation for crimes and ignominious actions.”

This week, the UK government has placed restrictions on the owner of the Chelsea football club and frozen his assets. This Saturday, the English league, the Premierhas disqualified the Russian oligarch at the head of the club, which facilitates the sale of the entity as planned.

The mayor of kyiv: “There have been many mistakes, there are many questions about why the Russians have advanced so much” | International

Ukraine: The testimonies of the Bucha massacre: “I am a civilian, do not shoot”, and five shots were heard | International

The ‘army of the oppressed’ crushing protests in Iran | International

The futures that Brazil is playing at the polls | International
October 29, 2022

The futures that Brazil is playing at the polls | International

Francia Márquez, the elected vice president of Colombia, begins a regional tour with a visit to Lula | International
July 27, 2022

Francia Márquez, the elected vice president of Colombia, begins a regional tour with a visit to Lula | International

Elon Musk tweets information from a hoax website to talk about the attack on Pelosi | International
October 30, 2022

Ethiopia: The Ethiopian government and the Tigray rebels sign a ceasefire after two years of war and two million displaced people | International
4 weeks ago

Ethiopia: The Ethiopian government and the Tigray rebels sign a ceasefire after two years of war and two million displaced people | International

Kythera: At least 18 migrants dead after the sinking of two boats in Greek waters | International
October 6, 2022

Kythera: At least 18 migrants dead after the sinking of two boats in Greek waters | International

Karol Cariola: “The link between this Government and the constituent process is inescapable”
September 2, 2022

Karol Cariola: “The link between this Government and the constituent process is inescapable”

Forty intellectuals from Spain and Latin America publish a manifesto for the “agreed peace” in Ukraine | Spain
June 24, 2022