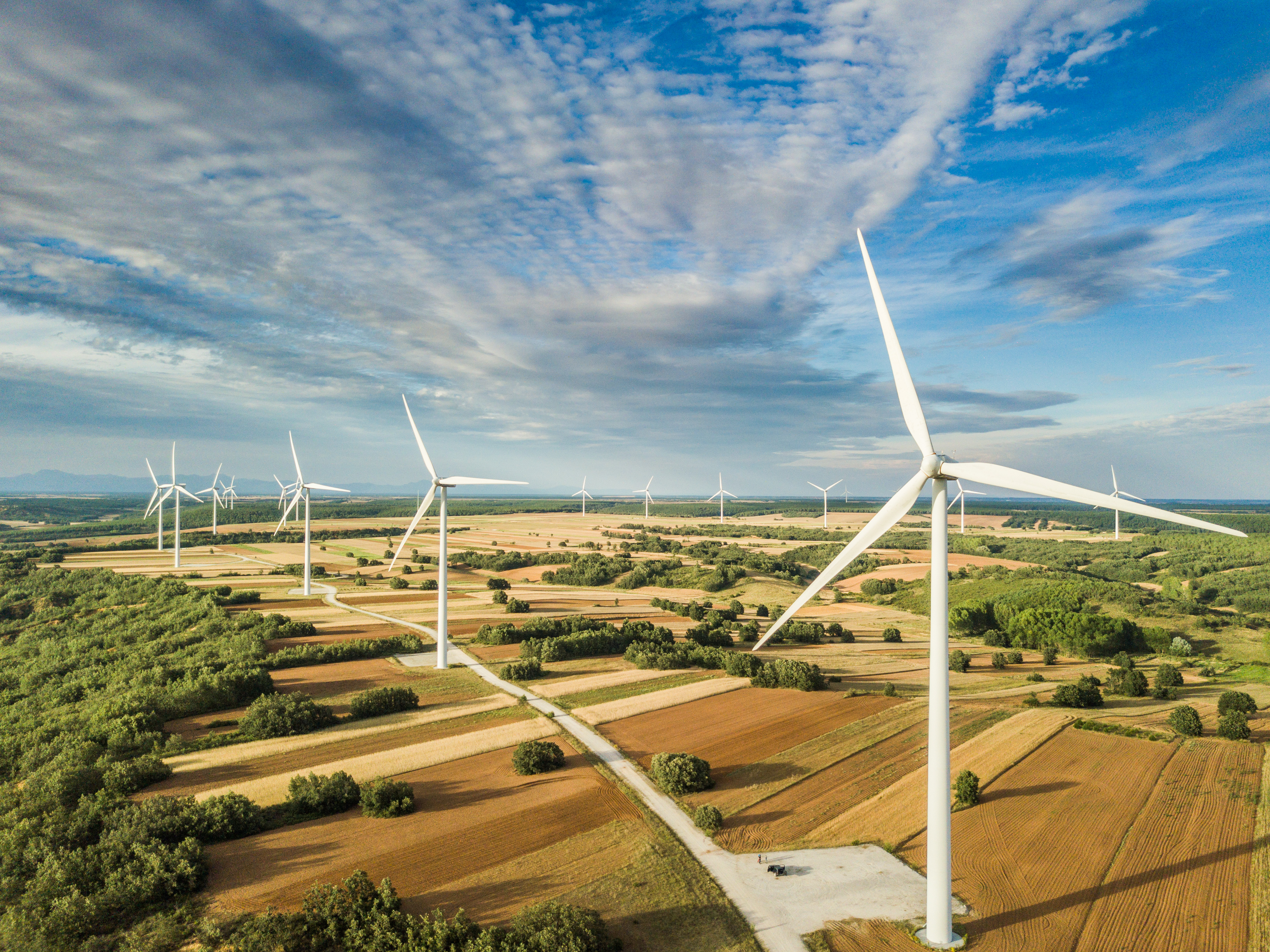 The Center for Research on Energy and Clean Aira group of analysts specialized in energy transition, has created a particular digital counter showing what the European Union has paid Russia for imported fossil fuels since the start of the invasion of Ukraine on February 24. The bill was already around 9,500 million euros spent on oil, gas and coal this Saturday. Brussels and European capitals are eager to achieve a complete disconnection from fossil fuels under Vladimir Putin like the one announced by the United States and the United Kingdom. But the dependence on the EU is much greater.

The intention of the European Commission is for the bloc to completely break with imports of Russian energy by 2027. And the alternative it is betting on in the medium and long term are renewables and the electrification of the economy. This has been confirmed in recent days by the European Commission, the International Energy Agency (IEA) and the German Government, leader de facto of the club. “It is not just an environmental or economic issue. It is also a decisive issue for our security”, summarized this week the German chancellor, Olaf Scholz. His Spanish counterpart, Pedro Sánchez, spoke this Friday at the summit held in Versailles about breaking the “energy blackmail” to which Putin is subjecting the European economy. “Our dependency is financing this war, and every day without energy sanctions makes us accomplices,” summarizes Laurence Tubiana, executive director of the European Climate Foundation.

Leaving behind the dangerous energy submission to Russia requires first running a 100-meter dash and then a marathon. In the short term, the news is not exactly positive from an environmental point of view: the savings to which the EU High Representative for Foreign Policy, Josep Borrell, appeals, and the entry into operation of new renewable facilities – all of them planned long before the Kremlin made the decision to invade Ukraine—will not be far from enough to cover the gap that the end of Russian imports would leave in the European matrix. It will be necessary to bring more gas by ship from third countries (USA, Qatar, Algeria or Nigeria, among others), a much more polluting operation than bringing it through a tube. And several European governments, including those of Italy and Germany, have activated emergency plans to have their coal plants ready – which generates up to around 60% more carbon dioxide than gas – for what may be yet to come. in the coming months.

“In the short term, an increase in greenhouse gas emissions can be expected from the greater use of coal and even oil for heating; it is something unavoidable right now due to the high prices of natural gas”, he believes David Robinsonresearcher at Oxford Institute for Energy Studies. This increase comes with emissions linked to the global energy sector at levels never seen before, in full post-pandemic recovery, according to warned this week the IEA technicians.

In the long term, on the other hand, other horizons open up. Energy efficiency will play an important role, according to the data handled by Brussels. Also hydrogen from non-polluting sources, called to be a key battery to guarantee the stability of the system. And, above all, green energy, the keystone of the entire framework and practically the only possible alternative to ensure the energy independence of the continent. “It is critical to increase wind and solar power above what has been proposed so far. We need to replace generation with gas faster than previously thought”, he summarizes Jan Rosenowdirector for Europe of the thinktank Regulatory Assistance Project. In 2021, electricity generated by burning gas accounted for 18% of total generation in the EU, while coal contributed another 15%.

According to data from the British think tank Ember, between 2011 and 2019 the gradual growth of renewables in the EU went almost entirely to cover the gap left by atomic and coal plants. And gas continued to gain share. Since 2019, however, the addition of more and more wind and solar production capacity has gained ground, to the same extent as gas and the addition of coal and nuclear. When Europe definitively cuts ties with Russia, this trend will accelerate even more. “I see no other alternative than to accelerate the decarbonization process, that is, to increase renewables and new sources of flexibility to integrate renewables,” adds Robinson.

European subjugation of Russian gas is enormous. 45% of what was consumed last year by industry, households and the energy system came from Russia, mostly by gas pipelines but also by ship. To put this data into context, it should be said that the second largest supplier, Norway, contributes half; and the third, Algeria, the fourth part. This will necessarily have to change now: Brussels proposes that this year purchases from Russia are only a third of what they were before the invasion of Ukraine. And by 2027 that dependency should have been completely broken, according to the proposal advanced by Brussels to promote green energies, which is expected to be finalized in May.

Some European partners, such as the Czech Republic or Latvia, have Russia as their sole supplier. And others, like Germany – along with Italy, the country in which the bloc will wage the mother of all battles to disengage from Moscow – have already verbalized that an accelerated disengagement would wreak havoc on their powerful manufacturing sector and, ultimately, over its economy as a whole.

Accustomed to being one of the weakest links in countless economic sections, Spain enjoys a privileged situation, with a dependency rate of less than 9%, which allows it to take supply for granted in the coming months. At prices, yes, crazy compared to the historical average. “Within the EU, Spain is in an advantageous situation: in addition to having a low dependence on Russian gas, it has 25% of the European regasification capacity”, he recalls. Natalia Colladoan Esade researcher specializing in energy markets.

In 2020, 22% of all energy consumed in the EU came from renewable sources (mainly solar, wind and hydro). The latest climate plan promoted by Brussels to fight global warming and help economic recovery, the so-called Fit for 55proposed reaching a quota of at least 40% in 2030. Seven months after the Commission presented that proposal and when negotiations with the States are still being finalized, the Ukraine crisis may lead to a greater increase in ambition and those goals.

This, in turn, will lead the Twenty-seven to increase their national objectives, as Antxon Olabe, an economist and expert in energy transition, recalls. In 2020, 21.2% of all the energy consumed in Spain was of renewable origin and in the Government’s energy and climate plan the goal is to reach 42% by 2030. Olabe maintains that the climate objectives should be “accelerated” and begin to review them from next year to increase them. But he also acknowledges that “decarbonisation in Spain is already going faster than was foreseen in the energy and climate plan”, which was definitively approved in March of last year. The exit of coal and the rapid implementation of solar and wind power thanks to auctions have been decisive in the Spanish case.

Apart from the environmental benefits, purely economically, the arguments in favor of renewables are also strong. In 2019 alone, the year immediately before the pandemic, the EU countries left almost 200,000 million euros in importing oil – two thirds, coming from Russia – and another 60,000 million in natural gas – 40%, originating in Russia. of that country, according to figures from the community statistical office. With the rise in prices in recent months, another powerful additional incentive to leave these fuels behind, these figures will multiply exponentially in 2021 and, above all, in 2022.

If these fuels could be replaced with renewables, if not completely, then to a great extent, they would remain within the Member States. But for that, a massive strategy of electrification of transport and heating is necessary beforehand, in parallel with a qualitative leap in efficiency that reduces consumption, as Rosenow claims: “Heat pumps [en sustitución de las calefacciones alimentadas por gas] they can reduce the use of this fuel by up to 80%, and improving the insulation of homes could reduce the demand for heat by another 30%”.

Much more cautious is Natalia Fabra, Professor of Economics at the Carlos III University of Madrid, who stresses that the EU’s “ambition” and “commitment” to green energy was already “total” before Europe chose to cut so healthy with Russian gas. “This highlights two qualities of renewables: that they do not depend on others and that they are indigenous resources, but I do not know how to quantify the additional that we are going to have. And I think there is an excess of optimism in the calculations of reducing dependence on Russian gas, ”she states.

Where there is room for manoeuvre, says Fabra, is in speeding up administrative procedures and the bottlenecks that many wind and solar energy projects face, as well as in overcoming local rejection in some areas. “Also in renewable gases and green hydrogen, where it can be accelerated.” Collado also emphasizes the importance of the regulatory measures that Brussels has outlined, such as the intention to reduce the processing times for the installation of renewables or the promotion of collective energy self-consumption to encourage the installation of photovoltaic panels in neighboring blocks.

But the eagerness to quickly unhook from Russian gas, paradoxically, can also lead to investments that perpetuate dependence on this fossil fuel (but from other places). The voices that advocate promoting interconnections and gas pipelines —such as the Midcat, designed to connect the Iberian Peninsula with the rest of the continent— are growing. And the Commission has also pointed in that line, although Collado recalls that Brussels conditions these new infrastructures so that they can be used in the future to transport green hydrogen (generated with renewable sources). There yes, the 100 meters and the marathon can be merged into a single race.

Breaking news: Kayserispor comment that draws attention from master writers: “They deserve a lot of appreciation”

THE OWNER OF IMMUNITY…! Who won the MasterChef immunity game? November 8, 2022 MasterChef week’s elimination candidates have been announced?

Gaza, the war that does not stop | International

New Apostolic Constitution: The Pope begins the debate on the future of the Church with all his cardinals | International
August 29, 2022

New Apostolic Constitution: The Pope begins the debate on the future of the Church with all his cardinals | International

October elections: Brazil warms up for an epic duel | International
May 15, 2022

October elections: Brazil warms up for an epic duel | International

Half of Macron’s cabinet is at stake in the legislative elections in France on Sunday | International
June 17, 2022

War in Ukraine: Hope fades in Kremenchuk: “We are looking for Yurii. Does not answer” | International
June 30, 2022

War in Ukraine: Hope fades in Kremenchuk: “We are looking for Yurii. Does not answer” | International

Gerald Brevard III: Arrested the suspect of murdering two homeless people and shooting three others in 15 days in the US | International
March 16, 2022

Gerald Brevard III: Arrested the suspect of murdering two homeless people and shooting three others in 15 days in the US | International

Rishi Sunak: the unbearable burden of having sunk a Government | International
September 4, 2022

Rishi Sunak: the unbearable burden of having sunk a Government | International