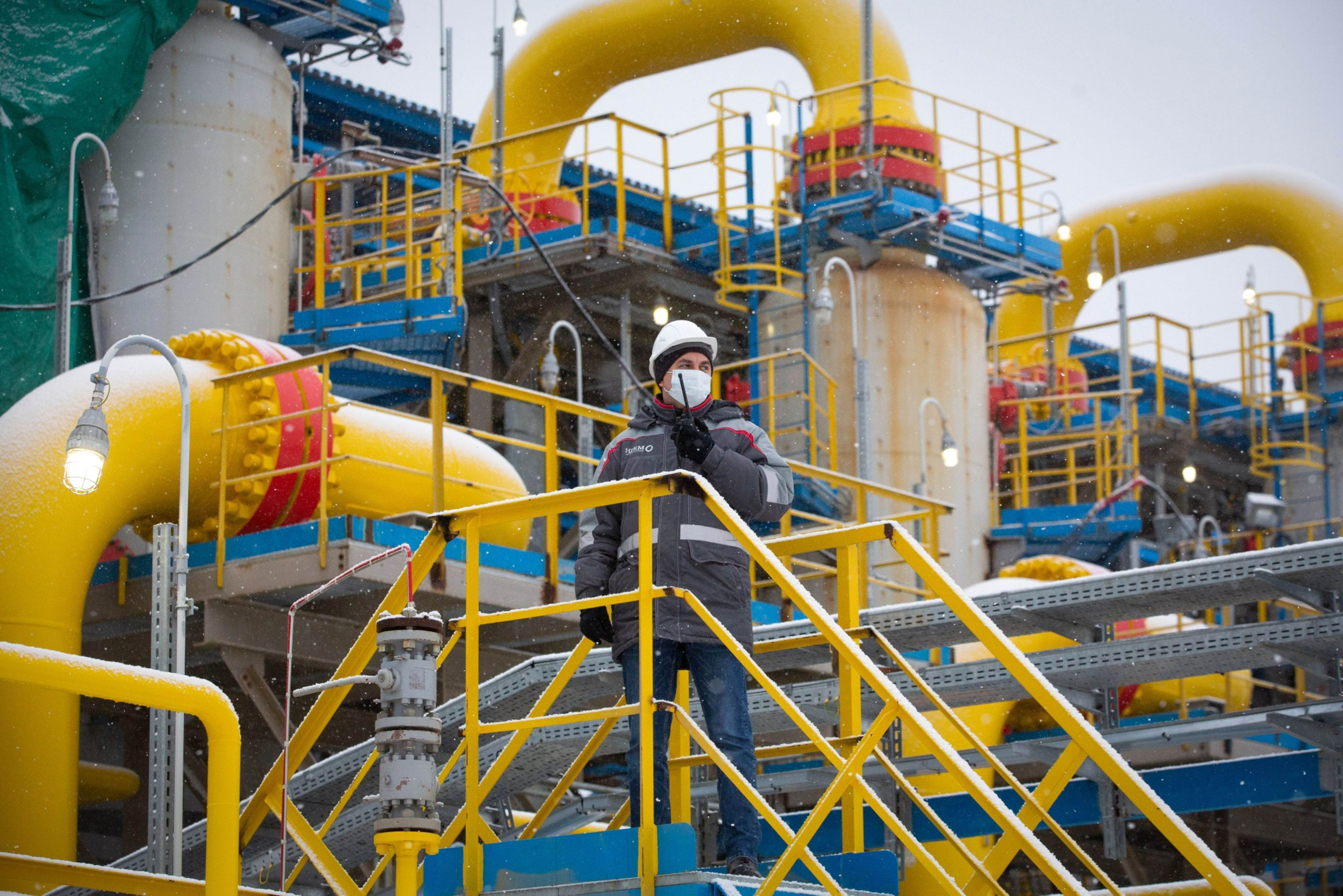 In October 1973, the Arab-Israeli war broke out, known as the Yom Kippur War, which ended up causing an oil embargo by the Arab countries on the States that had supported Israel in the conflict. That embargo gave rise to a shock unprecedented oil price and that has not been repeated in subsequent decades. Until now, when the embargo has been decided by the consumer countries themselves. Data compiled by Bloomberg show that, in percentage terms, the current rally in crude prices is of a similar scale to that of 49 years ago. It is true that the economy today is very different from that of almost half a century ago. It is not so dependent on oil, the price of a barrel had collapsed during the pandemic and was starting from low levels, not from a decade of stability as then. But, on the other hand, the boycott against Russia does not only affect oil, but also gas and a wide range of agricultural raw materials and numerous metals. Ukraine and Russia, for example, produce 70% of the world’s neon, which is a fundamental element for the manufacture of semiconductors, such as palladium or aluminum, which Russia produces in significant quantities.

In such a scenario, the ghost of the energy crisis of the seventies has made an appearance. “With rising energy prices – the cost of gas has increased almost 12-fold and Brent has risen more than 70% in the last year – the world, but especially Europe, faces the risk of a shock of the magnitude of the one experienced in the seventies”, says Louis Gave, founder of the consulting firm Gavekal Research from Hong Kong. By now it is well known that Europe is highly dependent on Russian gas (around 40% of its imports), distributed unevenly across the continent. And interconnection problems, mainly from southern Europe, to quickly provide other alternatives. And that, of course, means even higher prices for much longer.

“That is going to have very important consequences. Without access to Russian energy, the growth of the continent and its markets will suffer a severe crisis. And on the Chinese side, its plans to accelerate the reduction of carbon in the energy mix are going to be put on hold for at least the whole of 2022″, points out Gave. A report by the consulting firm underlines that, after the blackouts suffered in 2021 and the current geopolitical tensions, the Chinese authorities have given priority to energy security, which has resulted in a 5% increase in coal production at the end of the year past and the approval in February of three new mines in the north of the country.

The economist Barry Eichengreen, a professor at the University of California at Berkeley, believes that no one can know whether Vladimir Putin will dare to cut off gas supplies to the West: “I cannot read Mr. Putin’s mind, but recent events put Obviously it is unpredictable. We should prepare for the worst.”

UBP also warns about the specter of the energy crisis of the seventies and argues that if the boycott of Russian oil and gas is applied for as long as the sanctions that were imposed on North Korea, Venezuela or Iran “represents a notable stagflation threat to the world economy.” A difficult scenario to handle for the central banks, which just now began the de-escalation of their imposing stimulus policy launched with the financial crisis and reinforced with the pandemic. And with the memory of the mistakes made almost half a century ago that caused a deep recession in the United States and other developed economies.

Experts are divided between those who maintain that this environment of high energy costs will accelerate the transition to a more sustainable model and those who believe that environmental ambitions will be relegated to the need to guarantee supply. It is what China, including the United States, seems to be doing, and which other countries may be tempted to follow. “Germany and many European countries will surely accelerate their transition from fossil fuels in favor of renewables, although they may keep sources such as coal or nuclear for that transition longer than expected,” says the consultancy Capital Economics in a report. If confirmed, it would be a step backwards in the ambitious plans drawn up by the European Commission before the invasion of Ukraine.

But it is not the only price crisis in sight. “The mother of all sanctions”, as the Serbian-American economist Branko Milanovic calls it, is going to be felt strongly both in the global production chain and in the pockets of citizens. Russia and Ukraine account for a quarter of all global wheat production, while Kiev also accounts for an eighth of all global corn exports, according to data from Bank of America. Wheat prices have already risen 56% since the end of 2021 and those of corn, 29%, and given the difficulties of proceeding with the harvests in the midst of a war like the one in Ukraine, as well as the ingredients to produce fertilizer, the outlook is even worse for the remainder of this year and next. Other exporting countries, such as Serbia, have banned foreign sales due to the risk of shortages in the coming months.

This strong expected increase in the price of food hits the population with fewer resources especially hard, in the continent that wants them to be. In recent years, several social uprisings—such as the failed Arab Spring of 2011, the corn protests in Mexico, or the 2016 bread protests in Egypt—were triggered precisely by escalating food prices. “Now the situation is even more serious because the increase in food prices is combined with that of energy and the impact of both will undoubtedly be felt in the form of protests,” Milanovic warns.

Eurozone consumers face an additional cost of 230,000 million euros due to the energy crisis | Economy

Inflation gives a truce in the United States and falls to 7.7% in September | Economy

The greater the longevity, the greater the dependency: the demand for specialists in the care of the elderly is growing | Training | Economy

The soundtrack of the Brazilian elections: Lula and Bolsonaro face each other to the rhythm of a ‘jingle’ | International
September 25, 2022

The soundtrack of the Brazilian elections: Lula and Bolsonaro face each other to the rhythm of a ‘jingle’ | International

Trump lashes out at Biden, the FBI and the media at his first post-registration rally | International
September 4, 2022

Trump lashes out at Biden, the FBI and the media at his first post-registration rally | International

David DePape: The assailant wanted to break Nancy Pelosi’s “knees” so she could go to Congress in a wheelchair | International
4 weeks ago

David DePape: The assailant wanted to break Nancy Pelosi’s “knees” so she could go to Congress in a wheelchair | International

The jurist Síofra O’Leary, the first woman to preside over the European Court of Human Rights | International
September 19, 2022

The jurist Síofra O’Leary, the first woman to preside over the European Court of Human Rights | International