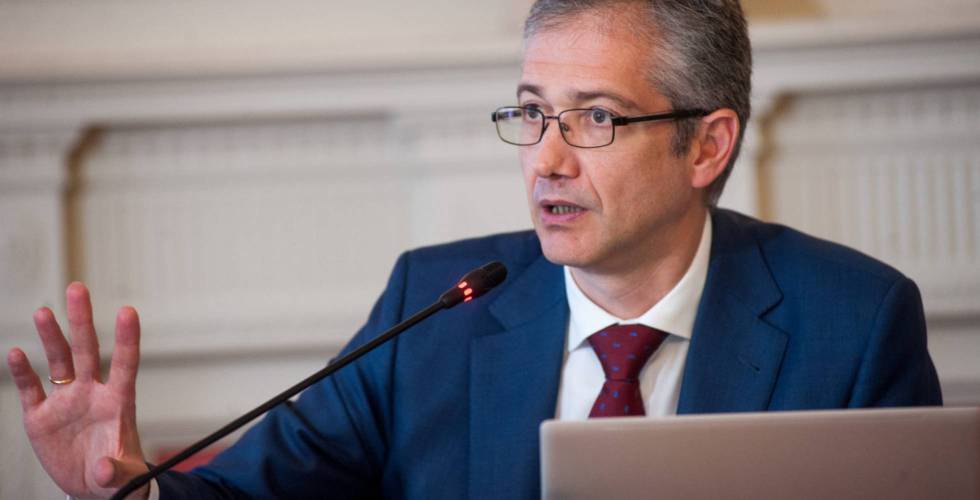 The Governor of the Bank of Spain, Pablo Hernández de Cos, advocated this Tuesday for fiscal policy to act “in a very granular and focused way” on the most vulnerable households, companies and affected sectors to alleviate the consequences of the war in Ukraine, which they are making themselves felt especially in a sharp rise in inflation pushed above all by runaway energy prices. During his speech at a working breakfast with the business sector organized by the consulting firm Hill & Knowlton, the governor pointed out that before a shock Of this nature, the contribution of European supranational policies and national fiscal policies is fundamental.

Thus, he considers that it is important for fiscal policy in Spain to focus its efforts on supporting households, companies and sectors that are being most affected by this combination of disturbances. In particular, to the lowest income households, which are the ones that suffer the most from the impact of inflation, and to the most intensive companies in energy consumption. In addition, he considers it crucial that the measures be temporary so as not to further increase the structural deficit.

In his opinion, the current high inflation context is an additional argument to justify that support should be selective and that a generalized fiscal impulse should be avoided. If it occurs, this could translate into an increase in the bottlenecks that already exist in the most stressed sectors, which would filter through to prices.

It also considers it “particularly important” to avoid the widespread use of automatic indexation clauses in spending items that could further fuel the current inflationary process, known as second-round effects. Therefore, he estimates that this deindexation should be part of the income agreement. In his opinion, this income pact must suppose a distribution, between companies and workers, of the decrease in income of the national economy compared to the rest of the world that the recent cost increases imply.

For the governor, it would also be desirable to avoid formulas for automatic indexation of salaries to past inflation or safeguard clauses in the agreements, since an increase or generalization of these clauses would significantly increase the risk of an eventual spiral materializing. wage-price increases.

As detailed by Hernández de Cos, the sharp rise in energy prices and some other raw materials that has occurred on a global scale in recent quarters, and which has intensified as a result of the conflict in Ukraine, means for the economy Spain, a net importer of these products, a shock negative to the terms of trade that reduces national income and increases inflationary pressures in the short term.

In this context, he sees it as essential to prevent these short-term inflationary pressures from spilling over into the medium term through second-round effects and, in particular, through an inflationary spiral in prices and wages.

The governor has insisted on the need to reach consensus in order to deal effectively with the scenario the country is facing. “The evolution of employment and the competitiveness of our economy in the coming years will depend, to a large extent, on our ability to achieve these difficult commitments,” the governor warned.

Minister Yanık: We are trying to implement and multiply our home-type nursing homes

When is the Red Star Trabzonspor match?

Check Also
Close
Vacancy: The Peruvian military turned its back on Castillo | International
9 mins ago

elPeriódico: José Rubén Zamora: “This is a persecution of Giammattei, it is a political trial” | International

The United States believes that part of the Ukrainian government was behind the murder of Daria Dugina | International
October 5, 2022

Costa Rica, a little backwater for Venezuelans on their way to the United States | International
October 16, 2022

A court unblocks the investigation of the secret documents seized from Trump | International
September 22, 2022

The conspiracy theorists who whisper in Pedro Castillo’s ear | International