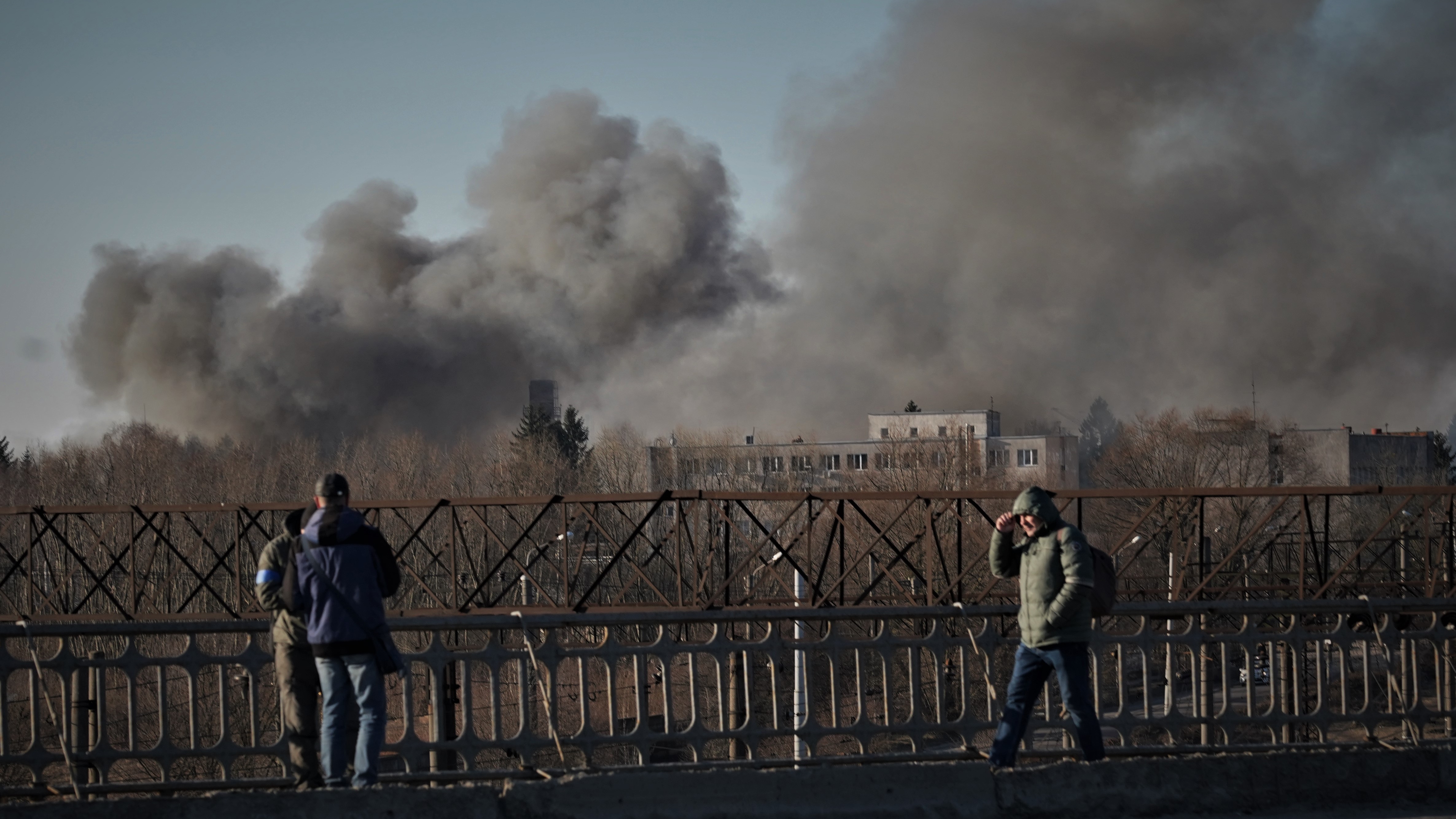 The Japanese government announced this Friday additional sanctions on Russia for the invasion of Ukraine, which entail the blocking of assets of 15 more Russian citizens, mainly senior defense officials, and of nine corporations from the military, naval and aerospace industries. “We will continue to take the appropriate measures in collaboration with the G7 countries and the international community as the situation evolves,” said the government spokesman, Hirokazu Matsuno, at a press conference at the end of a meeting of the Executive where the new sanctions were approved.

Among the 15 Russian citizens sanctioned are senior officials from the Russian Defense Ministry, such as Aleksey Krivoruchko, Timur Ivanov, Yunus-Bek Evkurov, Dmitry Bulgakov, Yuri Sadovenko and Nikolay Pankov, among others; as well as the director of the Department of Press and Information of the Ministry of Foreign Affairs, Maria Zakharova. The director of the Russian Federal Service for Military Technical Cooperation, Dmitry Shugaev; the general director of the Rosoboronexport agency, Alexander Mikheev; and Andre Skoch, a member of the Duma (the lower house of the Russian Parliament). In addition, sanctions were approved against nine Russian organizations and corporations linked to the military, aerospace or naval industry, such as Russian Helicopters JSC, PJSC United Aircraft Corporation, SC United Shipbuilding Corporation and the state agency Rosoboronexport (responsible for the import and export of military material). defence), among others.

These sanctions on Russia are in addition to those recently approved by the Japanese government, which to date brings to 76 the number of Russian citizens whose assets have been blocked, including senior government officials and businessmen, along with a total of 12 Russian organizations and corporations. . Since the beginning of the conflict over the Russian invasion of Ukraine, Japan has imposed sanctions on Russian citizens, including President Vladimir Putin, as well as 12 Belarusians, including his counterpart Alexandr Lukashenko.

Japan’s financial authorities have also ordered cryptocurrency exchange houses based in its territory to block transactions with these assets that involve individuals or entities subject to sanctions against Russia and Belarus.

Japan, like other G7 countries and the European Union, has applied successive rounds of sanctions against Russia since the conflict began, including the exclusion of Russian banks from the SWIFT system or the ban on the export of semiconductors. , machinery for the oil industry and other technology with war potential. (Eph)

Arrested in Mariupol and imprisoned by Russian forces: the 83 days of horror of a Spanish woman | International

Tax on energy and aid to households: Boris Johnson resorts to social democratic recipes to leave behind the party scandal | International

UK is not yet ‘Little Britain’ | International

Elections Italy: The extreme right wins the elections for the first time in Italy, according to the polls | International
September 25, 2022

Elections Italy: The extreme right wins the elections for the first time in Italy, according to the polls | International

Elections 2022: The recount of votes in Colombia, an impossible request that cast doubt on the electoral process | International
March 23, 2022

Elections 2022: The recount of votes in Colombia, an impossible request that cast doubt on the electoral process | International

The referendum in Chile divides the country two weeks before its celebration
August 22, 2022

From the traffic lights of Venezuela to the Paris Olympics | International
September 18, 2022

From the traffic lights of Venezuela to the Paris Olympics | International

The opposition loyal to former president Correa deepens the political crisis in Ecuador and launches to remove the president | International
June 25, 2022

Keys to the situation in Ukraine after six months of war | International
August 20, 2022