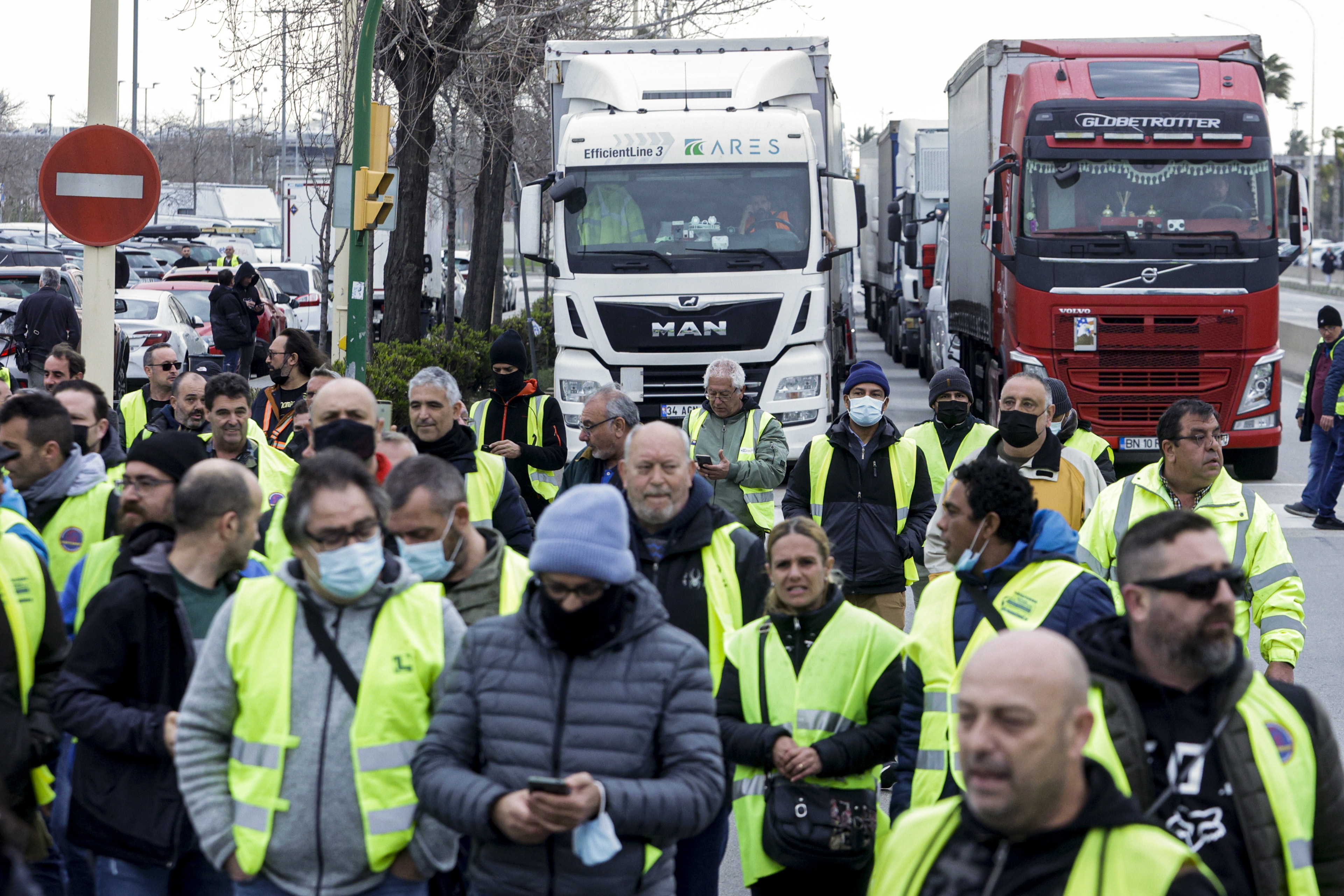 The transporters’ strike has had a full impact on the supply to produce animal feed and the alert regarding the shortage of reserves has been activated. Jordi Forés’ analysis of the situation leaves little room for doubt: “We are in a critical scenario,” he says. He is the spokesperson for Asfac, the Catalan compound feed association, an entity that represents almost 40% of forage production in Spain. “A manufacturer needs 24 tons of grain and oilseeds per day, which is equivalent to the load of about 10 trucks. With the restrictions due to the strike, three trucks are entering,” he explains. “Every day there is less reserve of raw materials in the factories. If we can’t access the port right now, starting next week we will have to stop feed production,” he adds. And he anticipates that, without feed, the impact on livestock feed (pigs, chickens and calves) will not be long in coming.

The problem, Forés says, lies in the pickets that carriers who are on strike have organized at port entrances. The fence is especially tenacious in Tarragona. “They don’t set up barricades or throw stones, but they put on a bib and stand in the middle of the road to block access,” he says. The protest disrupts the normally incessant flow of trucks entering the port to load. Without being able to supply themselves with the corn, wheat and rye that are in the warehouses of the port, the factories are adrift.

“We have been transferring the problem to the Ministry of Climate Action, Food and Rural Agenda of the Generalitat for several days, but since it is already a security issue, we have requested the Ministry of the Interior to activate the Mossos d’Esquadra and that guarantee safe access for truckers,” says Forés. In the port of Barcelona it has been possible to establish a “secure access corridor”, but in Tarragona the blockade is practically total. “Our sector is much more dependent on the port of Tarragona than that of Barcelona”, states the Asfac spokesman.

“Tarragona unloaded five million tons of agri-food raw materials last year, Barcelona did not reach two million tons,” he specifies. The grain and oilseeds unloaded by ships in the port of Tarragona then supply the feed mills in Catalonia, Castellón, Valencia and Aragón.

What Does It Mean To See The Color Blue In A Dream? What is the Meaning of Seeing a Blue Color Car, Dress and Bag in a Dream?

Children of fire defrauded the PKK! They took money from the organization with a montage video because we took action.

Joel Hernández, on those detained during the social outbreak in Chile: “There are no political prisoners”
June 4, 2022

Joel Hernández, on those detained during the social outbreak in Chile: “There are no political prisoners”

Laughter and boredom behind the scenes of the most anticipated debate of the campaign in Brazil | International
September 30, 2022

NATO and the EU warn that the illegal annexation of Ukrainian territory by Russia raises the nuclear risk | International
September 24, 2022

At least six killed in a missile attack on Lviv, in the western fringe of Ukraine | International
April 18, 2022

At least six killed in a missile attack on Lviv, in the western fringe of Ukraine | International

Luigi Di Maio will leave the 5 Star Movement and cause a major split | International
June 21, 2022

Gabriel Boric will promote a new convention if he wins the rejection of the constitutional proposal in Chile
July 16, 2022