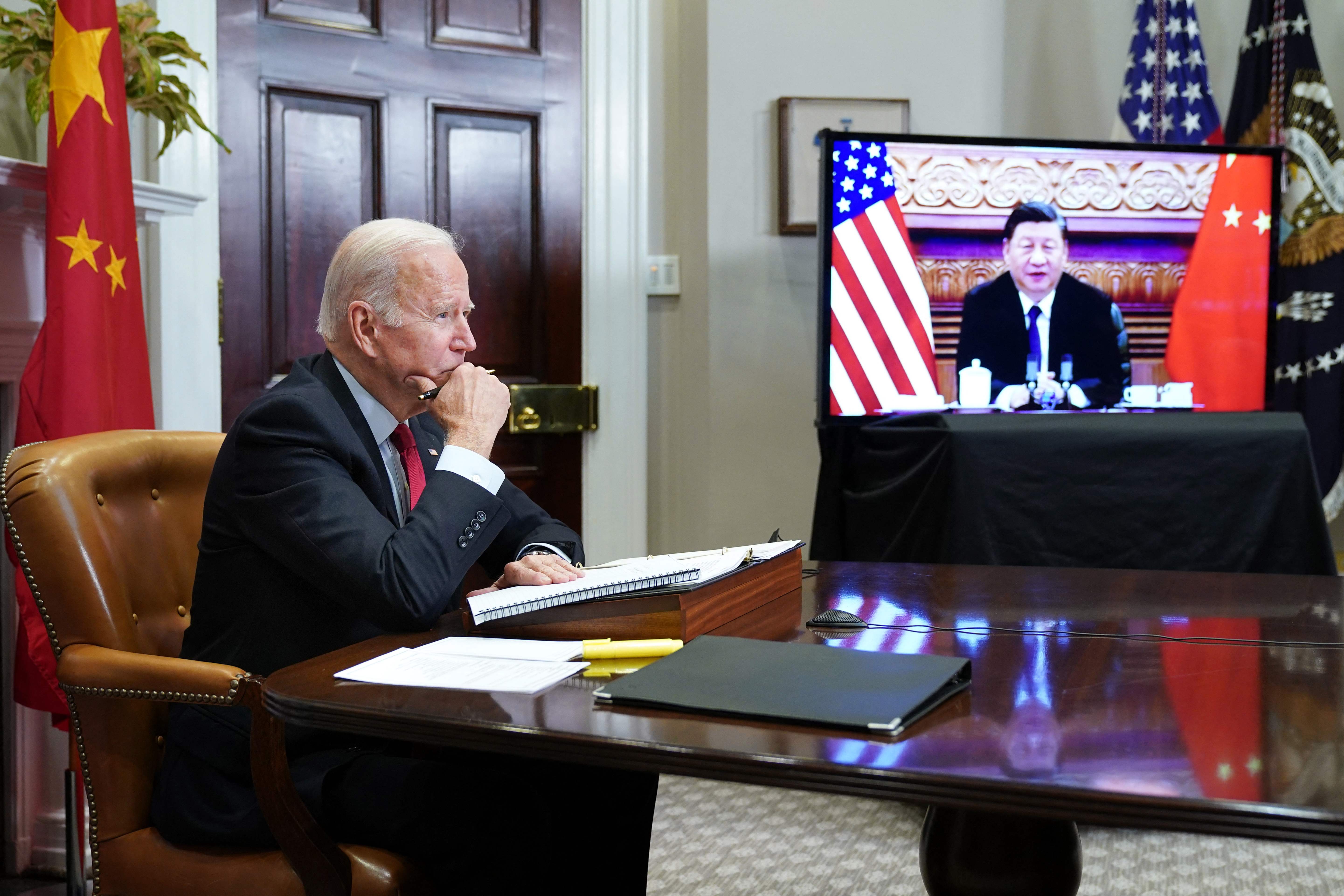 In an environment dominated by mutual mistrust, the presidents of the United States, Joe Biden, and of China, Xi Jinping, will meet in the next few hours by videoconference to talk about Ukraine, in a meeting that promises to be rough and could be key to the future of the war. Washington has already let it be known that it will warn Beijing of “serious consequences” if it tangibly supports Russia’s attack, after this week accusing the Asian giant of being favorable to providing military aid to Moscow.

“We are worried that they are considering giving direct support to Moscow with military equipment that would be used in Ukraine. Biden will clearly tell Xi that China will bear responsibility for any act aimed at supporting Russian aggression and we will not hesitate to impose a cost on it,” US diplomat Antony Blinken said on Thursday. “We are concerned that China is considering giving Russia direct military aid,” he added. This week, the US government had maintained that Moscow has asked Beijing for economic and military assistance for the war.

Although the Biden Administration is not only afraid of assistance on defense issues. It is also concerned about the possibility that the world’s second largest economy could try to assist its strategic partner to avoid the sanctions imposed. Blinken’s is the most direct warning that Washington has issued to the Xi government since the beginning of the Russian invasion of Ukraine on February 24.

Biden and Xi’s conversation comes amid growing tensions between two countries that are increasingly rivals and less willing to make life comfortable for the other. China has categorically denied the US accusations, calling it “disinformation.”

The two leaders spoke directly for the last time in November, in a telematic meeting that the two countries carefully avoided calling a “summit.” Xi then called Biden an “old friend”; the American did not return the nickname.

So far it is not clear what kind of “consequences” Washington has in mind to impose on Beijing if it concludes that this government helps Moscow with more than words. The approval of sanctions against the second largest economy in the world could have serious effects on the global economy and on the United States itself: despite the tariffs with which both countries have punished each other since 2018, the trade relationship between the two giants is the largest in the world. world.

The gradual estrangement between Washington and Beijing has had its parallel correspondence in increasingly close relations between China and Russia, two countries united by the perception of the United States as the common rival, a joint vision of human rights, the desire for a new world order that gives them a central role and almost perfectly complementary economies and spheres of influence. Xi and Russian President Vladimir Putin sealed this rapprochement with a joint declaration in which they assure that cooperation between their two countries “has no limits”, during their meeting on February 4 in Beijing.

Since the beginning of the Russian invasion, 20 days after that meeting and just after the Winter Olympics in Beijing, China has adopted a position of leaning neutrality towards its strategic partner. He has not condemned the war and avoids calling the Russian attack an “invasion.” Instead, he accuses NATO and the United States of precipitating the conflict by ignoring Russia’s “legitimate security concerns”.

But he has also made gestures towards Ukraine, to whose refugees he has sent a shipment of humanitarian aid worth five million yuan or 717,000 euros. He assures that he respects the sovereignty and territorial integrity of the States and his ambassador in the ex-Soviet country promised this week in Lviv, where the staff of the diplomatic legation has moved during the conflict, that China “will never attack it”.

And, although he opposes international sanctions against Russia, which he considers “illegal” and “unilateral”, he has so far shown signs of respecting them. He has also declared his support for the peace talks between kyiv and Moscow and has expressed his willingness to play a role with the international community “in his own way” to prevent “tensions from escalating and even getting out of control.” .

Beijing has also repeatedly called for the lifting of sanctions against Moscow, which it has warned will have serious consequences for the recovery of the global economy after the coronavirus pandemic and, specifically, in sectors such as transport, energy, finance and supply chains.

Why fleeing Ukraine is not fleeing Syria | International

Matteo Salvini: Meloni has the enemy at home | International

Operation Barkhane: France announces the capture of a senior official of the Islamic State in Mali | International

The cap on Russian oil: one more blow to Moscow, but far from lethal | International
25 mins ago

Arrigo Sacchi: “Football is the mirror of Italy, a country that has confused values” | International
September 22, 2022

Arrigo Sacchi: “Football is the mirror of Italy, a country that has confused values” | International

Keys to the presidential debate in Brazil: fights and curiosities | International
September 30, 2022

The war puts the spotlight back on Hunter Biden’s messes in Ukraine | International
March 21, 2022

Survivors of the largest raid against Jews in France: “We hope that young people will remember history” | International
July 17, 2022

Survivors of the largest raid against Jews in France: “We hope that young people will remember history” | International

Russia approves a law that prohibits any declaration in support of the LGTBIQ collective | International
October 27, 2022

Video analysis | The keys that explain the first round of the elections in Colombia | Presidential Elections Colombia
May 30, 2022

The resignation of the Peruvian Prime Minister deepens the crisis of the Government of Pedro Castillo | International
August 4, 2022

Assault on Capitol: Trump tried to put a puppet in front of the Department of Justice so that it would challenge Biden’s victory | International
June 24, 2022

Assault on Capitol: Trump tried to put a puppet in front of the Department of Justice so that it would challenge Biden’s victory | International