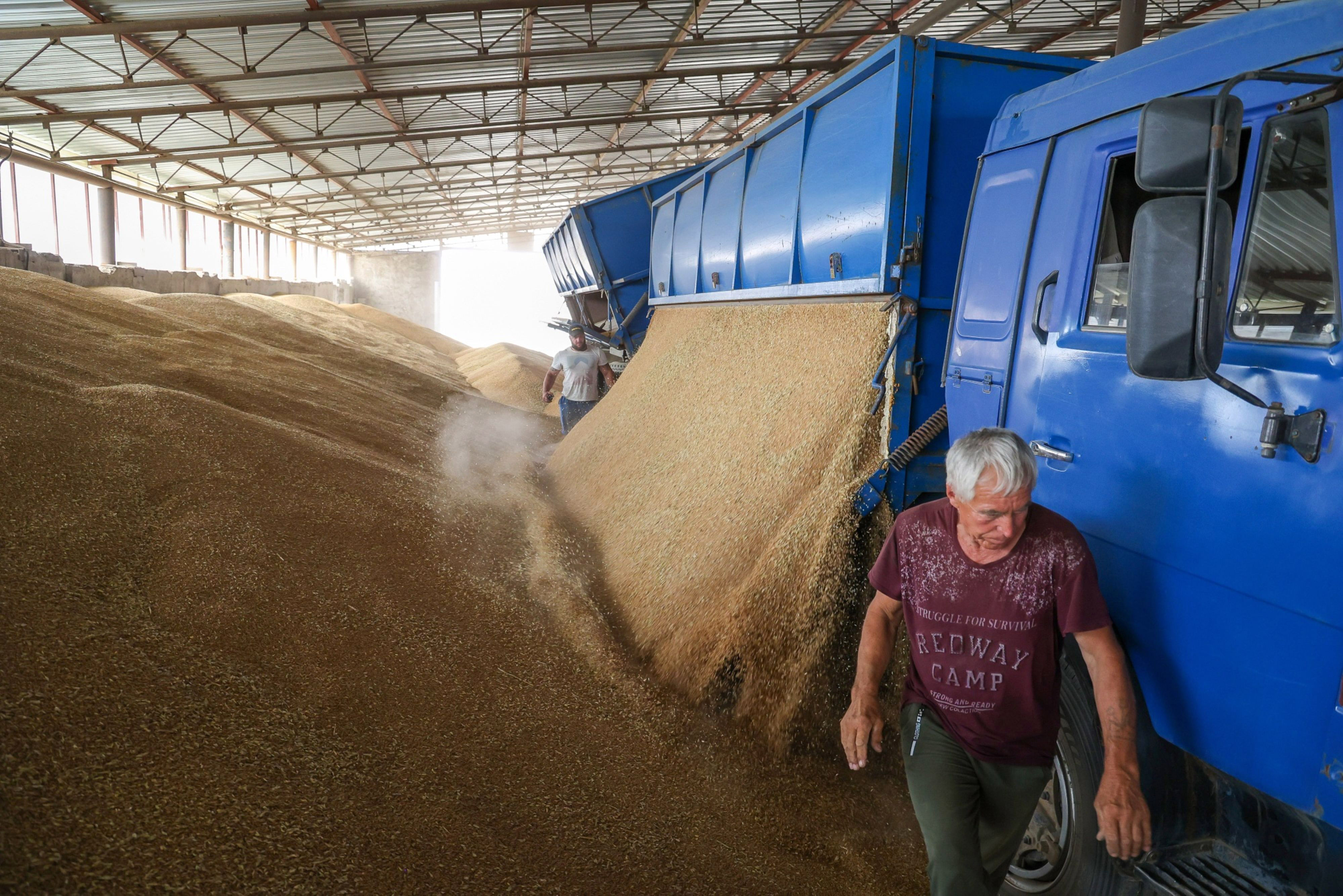 The Russian invasion in Ukraine sits at the table. The prices of some raw materials that we consume daily (such as wheat, corn or soybeans) are reaching historical highs or levels that we have not seen for a decade. The same happens with other materials related to industry (such as palladium, copper, nickel and aluminum) or energy, the basis of the modern economy. The war has put the icing on the cake in a market on tenterhooks after two years of a pandemic that has caused interruptions in supply, shortages in inventories, bottlenecks in transport and paralysis of production.

“Right now, prices of all commodities are very volatile and their production is uncertain,” says James Maxwell, an expert in commodities of the Australian firm Rural Bank. Two of the benchmark commodity indices have soared in recent weeks. The S&P GSCI, which tracks the 24 best-selling commodities in the world, has hit its highest level in the last 10 years. The Bloomberg Commodity Index —composed of 23 contracts on physical commodities, from crude oil to corn, through aluminum or natural gas— has advanced 8% since the Russian attacks on Ukraine began, reaching levels not seen since 2014.

“We are witnessing historic moves… The international community is cutting off an important supply line for energy, metals and crops,” says Olan Hansen, head of commodities at SaxoBank. Russia and Ukraine play a determining role in global agriculture. The two countries control more than a quarter of the international trade in wheat, nearly a fifth of corn, and together command 52% of the world’s sunflower oil. Both contribute a quarter of global grain trade, according to the International Grains Council. For this reason, when the Russian invasion took place, wheat futures in the Chicago market, the reference market, exceeded the historical maximums reached in 2008. Meanwhile, the prices of corn and soybeans reached their highest level since 2012.

The worldwide collection has not been long in coming. Moldova, Hungary, Serbia, Argentina, Indonesia and Turkey, and other nations, have already restricted the sale of some grains to safeguard their supply. Other countries have been put on edge: Lebanon (which buys 90% of the wheat it consumes from countries in conflict), Yemen and Egypt (largely dependent on Russian and Ukrainian cereals). China has made a move: it has lifted all restrictions on Russian wheat, limited due to phytosanitary concerns. China has been a big buyer of Ukrainian corn. The Asian country purchased 8.2 million tons from Ukraine in 2021, about 30% of its total imports. “China is likely to be the destination for a range of other Russian commodities, given Western sanctions,” warns Warren Patterson, head of commodities at ING.

Planting season is just around the corner [con la llegada de la primavera], and if the conflict is prolonged there will be a great negative impact”, emphasizes Patterson. The Ukrainian government is juggling to maintain its production. The president, Volodymyr Zelensky, has said that this spring, like any other, a full-fledged planting campaign should be carried out. “It’s about life, our life, our future,” he mentioned. For the time being, he has exempted farm workers (who produced a record grain harvest last year) from the obligation to participate in military service, allowing them to continue farming.

As if that were not enough, farmers are also facing rising fuel prices and fertilizer shortages. Russia is the main exporter of urea and the second of potash, and together with Belarus, the Kremlin’s ally, accounts for 40% of the market for the latter product. Potash is not only used in fertilizers. It is ubiquitous in supermarkets: it is used in wine, in food preservation, in the chocolate industry, and in processed foods. The uncertainty of war, however, does not end there. Similarly, it has disrupted some industrial metals, key in various sectors: from construction to the automotive and food industry. Aluminum, with which cans and various utensils that we use on a daily basis are made, has set a historical record, surpassing the levels reached in 2008. And it is not the only one under pressure. “The war has poured simmering oil into the markets,” says Reuters’ Andy Home in an op-ed.

Copper, the thermometer of the world economy, has reached an all-time high. Palladium (used in vehicle catalysts) has also shot up to a new record price. In Russia, about 40% of this material is mined. The one that has taken the cake has been nickel. At the beginning of the second week of March, its price rose 250% in just 24 hours. Nickel (used to make stainless steel and highly demanded in the electric car battery industry) has hovered in the last decade between 10,000 and 20,000 dollars per ton, but after the sanctions on the Russian economy and with stocks in warehouses touching minimums, the market had a first shock: it jumped to 48,000 dollars. Russia is the world’s third-largest supplier of nickel (behind Indonesia and the Philippines) and accounts for about two-thirds of global production.

The second jolt came from the hand of speculation. Traders, miners and manufacturers of the material have always used prices to make short bets, that is, to make money when prices go down. Seeing that they rose after the sanctions, they looked for the emergency exit to avoid losses. This move (mostly attributed to Chinese tycoon Xiang Guangda) further fueled the panic, driving prices above $100,000. This forced the London Metal Exchange to suspend operations for a week. Added to these disruptions are high energy prices.

Oil and gas have completely run amok and with them the price of coal. Russia not only provides the EU with more than 40% of its natural gas and a quarter of its oil imports, but also almost half of its coal, according to consultancy Rystad Energy. Prices have exceeded $400 per tonne, a figure never seen before. “The increase in energy prices increases the production costs of all industries and these have to pass it on in prices [al consumidor]”, highlights Sergio Ávila, IG analyst. At the end of this war, as in the previous ones, what Bertolt Brecht said will happen: “Among the vanquished, the common people went hungry. Among the winners, the common people also passed it “.

The election race continues in the USA: Interesting details from the midterm elections

Whoever does this will burn! It concerns all married couples.

Gay weddings in Cuba, the new criminal code and the slipstream of the July 11 protests | More was lost in Havana | America
May 24, 2022

Gay weddings in Cuba, the new criminal code and the slipstream of the July 11 protests | More was lost in Havana | America

Petro and the enigmatic search for an “internal enemy”
October 15, 2022

Ai Weiwei: “China and Russia need to cooperate to offset ideological conflicts with the West” | International

Ukraine: Queues and usury: the difficulties of the Ukrainians to change money in Poland | International
March 18, 2022

Ukraine: Queues and usury: the difficulties of the Ukrainians to change money in Poland | International