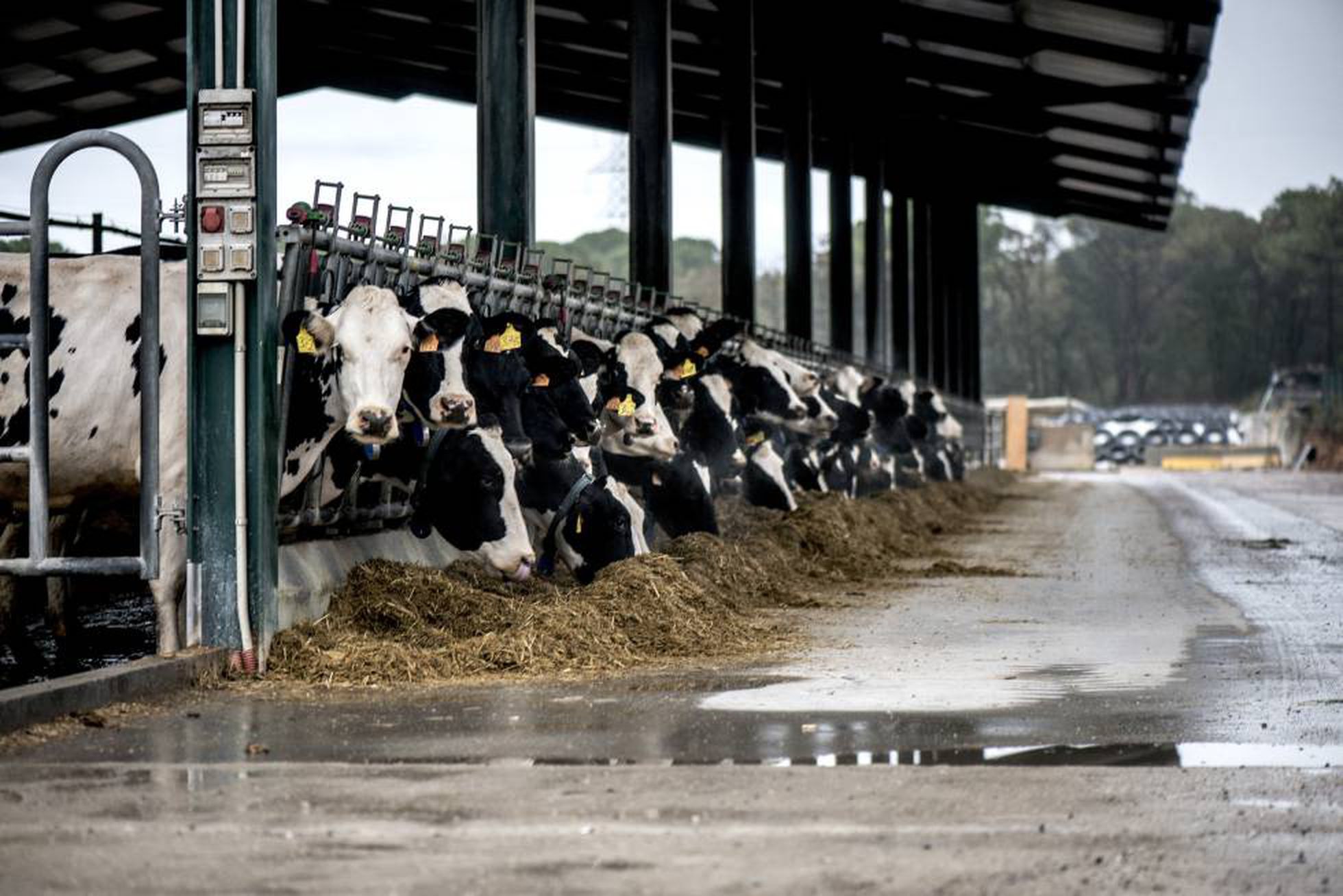 The agrarian sector demonstrates today, Sunday, in Madrid in defense of a future for agricultural activity and the rural world. They respond to the call of the agricultural organizations Asaja, UPA, COAG and the Agro-food Cooperatives, together with the Spanish Hunting Federation, the Association of Breeders of Select Breeds, the Breeders of Fighting Bulls and the Alianza Rural association. The demonstration comes to close those that have been held in recent weeks in different territories.

The march, which is expected to be attended by some 200,000 farmers and ranchers from all over Spain and the arrival of more than 1,500 buses, according to the organizers’ calculations, takes place under the motto together in the fieldand runs from the headquarters of the Ministry of Agriculture, in the Atocha roundabout, to the Ministry of Ecological Transition and Demographic Challenge (New Ministries).

The mobilization, which begins at 11 a.m., raises twenty demands where, in addition to the unresolved historical demands, other conjunctural ones have been added, especially in terms of production costs that have worsened in recent weeks due to the effects of the war in Ukraine, putting agricultural activity in difficulties and in danger of closing down livestock farms. These are the most important reasons for the mobilization.

Production costs. In recent months, but especially after the start of the war in Ukraine, there has been a sharp increase in the prices of the means of production. Compared to the 40% or less that they meant a decade ago on the value of final agricultural production, in 2021 they already accounted for 45%, with 23,700 million euros. Today they stand at 60%, with some 32,000 million, due to the increase of more than 50% in feed, up to 100% in fertilizers or more than 200% in energy. This puts livestock farms on the brink of closure and forces farms to reduce the use of fertilizers to a minimum. The field calls for a shock plan. In the case of cereal crops, the good prices received during the last campaign have already been Eaten fertilizers, diesel and machinery.

An Efficient Food Chain Law. This sector’s concern about cost increases and receiving fair prices should not be a problem for the farm if the provisions of the Chain Law were complied with, whereby sales prices at origin should cover the costs of production. However, this requirement is not widely met. On the one hand, due to the lack of sufficient controls. On the other hand, there is an imbalance of power between those who buy (industries and distribution) and farmers and ranchers who, in addition, sell perishable products such as fruit and vegetables with release dates. They do not have the possibility to store or keep the cattle on the farm longer, thus generating more costs and deteriorating their price. The sector calls on the Government to prepare weekly cost price indices to facilitate compliance.

Distribution. The sector denounces the trivialization and sales at offer prices of agricultural products in distribution due to the wars for market shares and the persistence of sales at a loss, strategies that translate into price drops at origin.

Foreign trade. Rejection of the policies of agreements with third countries by which cheaper imports are triggered without demanding from them the conditions of tillage, use of fertilizers, phytosanitary products, food or animal welfare than those requested from farmers and ranchers in the EU, which means, in the end, more external dependence and endangering food self-sufficiency.

Common Agricultural Policy (CAP) and strategic plan. Demand for a new CAP and a strategic plan for its application in Spain that does not entail a loss of income and where the demands of the green policy do not only entail higher costs and less profitability, without compensation.

Agricultural Insurance. A debate is demanded on the agricultural insurance system, where in recent years the accident rate and compensation from insurance companies has skyrocketed. Faced with this situation, the agricultural sector argues that the solution cannot be just an increase in the cost of premiums and less coverage, when in addition in recent years public subsidies have been reduced to support the payment of contracting premiums. The current increased funds from the Ministry of Agriculture have not solved the problem.

Labour reform. The sector denounces that the labor reform does not adequately contemplate the temporary and seasonal nature of a very important part of the agricultural activity for the purposes of the contracting model.

Irrigation and rates. A boost is demanded for irrigation modernization policies through hydrological plans to achieve water savings and greater efficiency and lower its cost. And that the law that allows two contracts to be signed in electricity rates for irrigation is complied with: a seasonal contract for the months of maximum consumption and another with a minimum power the rest of the year.

Taxation. A discount of 35% is demanded on the diesel bill and 15% for plastics and fertilizers for personal income tax purposes. The Government has already decided, due to the drought, a 20% reduction in the system of modules, credits and guarantees, together with another series of measures decided unilaterally by the Executive that are considered insufficient. The sector denounces that they have not been the product of a negotiation with all the affected departments, as was done in the past in the face of similar crises and where Moncloa only gave the green light to the agreements.

Animal welfare and environment. Regulations that allow the sector to adapt progressively until 2030, support for investments in this direction and recognition of the role of the sector in the fight against climate change.

Youths. New measures to support the incorporation of young people into agricultural activity and the rural environment, although it is considered that the best claim is a policy that implies profitability for the farms and services in the territory.

Rural environment. Another policy is demanded that involves offering the inhabitants of rural areas the same services (in terms of health, assistance, education, transport, mobility, communication or broadband) as those available to urban inhabitants. Taxes in line with the services received and investment support for other activities in the area to gain more population.

Life after the closing of Zara stores | Economy

Does the Düzce earthquake trigger the big Istanbul earthquake?

Check Also
Close
Vacancy: The Peruvian military turned its back on Castillo | International
14 mins ago

The US will once again grant Cuba 20,000 annual emigrant visas and will reactivate its consulate in Havana | International
4 weeks ago

War in Ukraine: Russia attacks a school in Mariupol where 400 people were sheltering | International
March 20, 2022

War in Ukraine: Russia attacks a school in Mariupol where 400 people were sheltering | International

Elections in France: Macron and Le Pen fight for the leftist voter of Jean-Luc Mélenchon | International

Elections in France 2022: Le Pen seeks a comeback against the favorite Macron in the only electoral debate of the campaign | International
April 20, 2022

Elections in France 2022: Le Pen seeks a comeback against the favorite Macron in the only electoral debate of the campaign | International

Biden launches a message of unity at a Summit of the Americas marked by absences | International
June 9, 2022

Biden returns to the correspondents dinner: “The truth matters. Democracy is not a reality show | International
May 2, 2022

Biden returns to the correspondents dinner: “The truth matters. Democracy is not a reality show | International