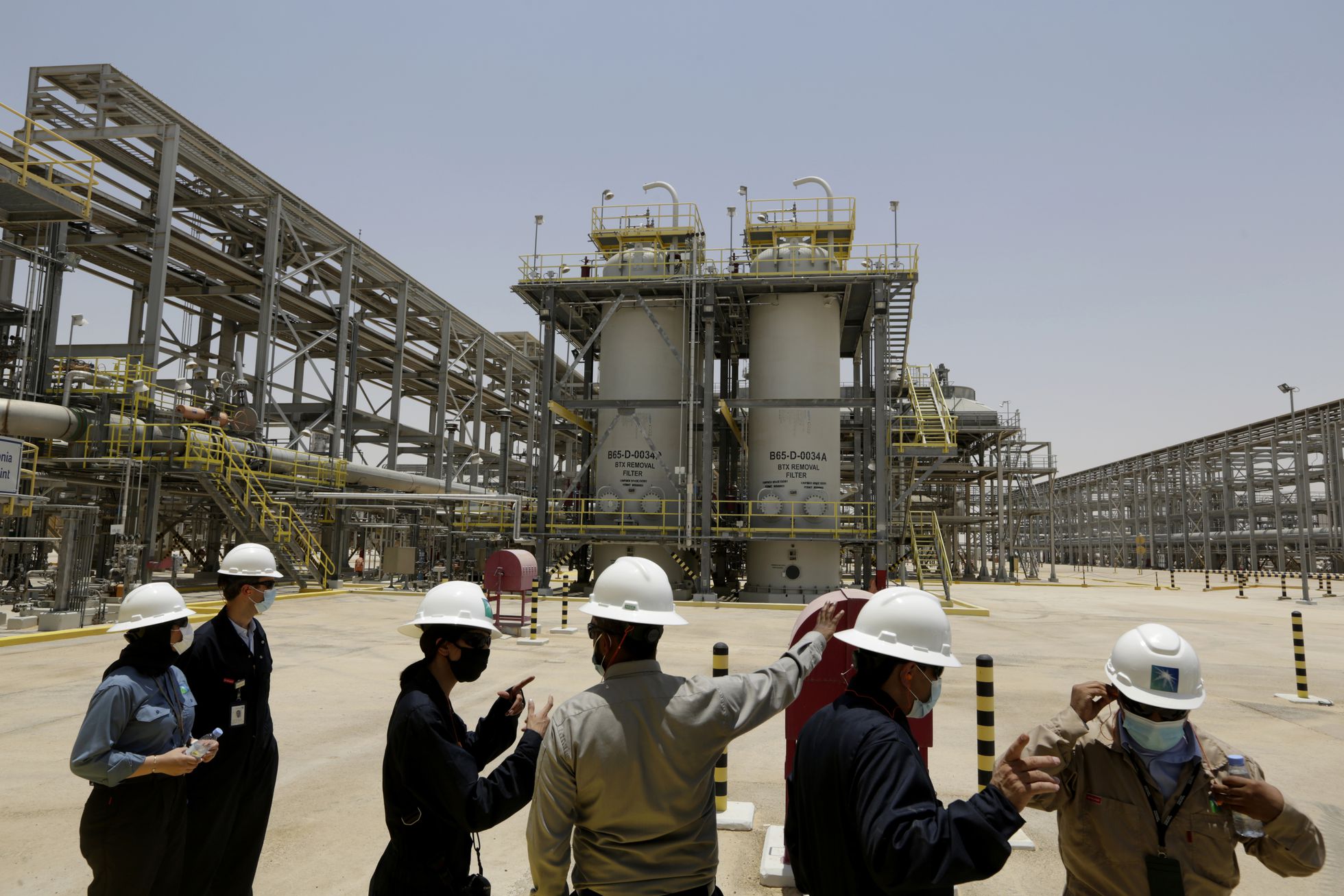 Aramco’s income statement dances to the sound of crude oil. The endless escalation in the price of oil shot up the profit of the Saudi state company in 2021 to 110,000 million dollars (99,400 million euros), more than double that of a year earlier and 25% than in 2019, the year immediately prior to the pandemic. The spectacular growth leaves the company one step away from its maximum profit: 111.1 billion dollars, in 2018, which earned it the most profitable company name on the planet.

The world’s largest oil company, which will publish its full 2021 results on Monday, advanced this Sunday in a statement its increase in profits, which it attributed to “higher crude oil prices, higher profit margins in the refinery and the chemical sector, and to the consolidation of the annual results of Sabic”, the petrochemical company that bought the Dutch company DSM in the midst of the health and economic crisis, in June 2020, when the price of crude oil was rock bottom.

Regardless of the profit, Aramco’s free cash flow — the money coming into cash after all capital expenses are covered — reached $107.5 billion, up from $49.1 billion a year earlier.

Aware that the energy future depends more on natural gas —seen as a powerful backup for electricity generation at a time when renewable energies are not enough— than on crude oil, Aramco’s management has announced that it will increase its capacity production of this fuel by 50% in the next nine years. The figure contrasts with oil —whose main destination is transportation, where electrification will gradually edge out gasoline and diesel—: on that flank, the expected increase in the next one is only 5.7%.

The oil company distributed a dividend of 18.8 billion dollars in the fourth quarter of 2021, an amount that it has kept fixed even during the most complicated months of the pandemic, although it had to resort to external financing and the sale or rental of some assets. . Beyond the direct remuneration, the company will recommend to its shareholders a retention of 4,000 million profits for a capital increase in exchange for a distribution of extra shares, at a rate of one value for every 10 already owned.

Aramco went public in December 2019, but only placed 1.5% of its shares. However, it has been announcing its intention to increase that percentage for some time. The rest of the capital remains in the hands of the Saudi state, either directly or through the Public Investment Fund (FIP), the sovereign wealth fund directly managed by the country’s crown prince and de facto ruler, Mohamed bin Salman.

The company’s chief executive, Amin Nasser, assures that “although economic conditions have improved considerably, the outlook remains uncertain due to various macroeconomic and geopolitical factors”, without explicitly mentioning the Ukrainian conflict, but foresees a long-term increase in the demand. “We recognize that energy security is paramount for billions of people around the world, which is why we continue to make progress in increasing our crude oil production capacity,” he added in the statement.

Despite the insistence of the main oil-importing countries and the growing imbalance between supply and demand, Saudi Arabia – de facto leader of the OPEC cartel – has so far insisted on maintaining its roadmap, which involves raising very gradually the pumping, much more slowly than would be necessary. In short, it prefers to sell a little less but at a high price, not so far from its historical peak.

The world is talking these images! Ward dance of female soldiers drew reaction

UEFA TURKEY COUNTRY SCORE 2022: Turkish wind in Europe! What was the UEFA country ranking and Turkey’s country score ranking, did it rise?

Check Also
Close
Pedro Castillo: a year and a half adrift in Peru | International
56 mins ago

Damien Abad: Rape accusations against a minister hinder the start of Macron’s mandate | International
May 26, 2022

The Russian army assures that it has taken Lisichansk, a key city in the battle for the eastern region of Donbas | International
July 3, 2022

The Russian army assures that it has taken Lisichansk, a key city in the battle for the eastern region of Donbas | International

The European Union announces that it will respond “proportionally” to the expulsion of its ambassador by Daniel Ortega | International
October 2, 2022

The Netherlands apologizes to its blue helmets for a “mission that became impossible” in Srebrenica | International
June 18, 2022

Forty intellectuals from Spain and Latin America publish a manifesto for the “agreed peace” in Ukraine | Spain
June 24, 2022

NATO drags Europe into the US geostrategic struggle with China | International
July 3, 2022

NATO drags Europe into the US geostrategic struggle with China | International

United Kingdom: The English “summer of discontent” that Europe watches out of the corner of its eye | International
June 26, 2022

United Kingdom: The English “summer of discontent” that Europe watches out of the corner of its eye | International