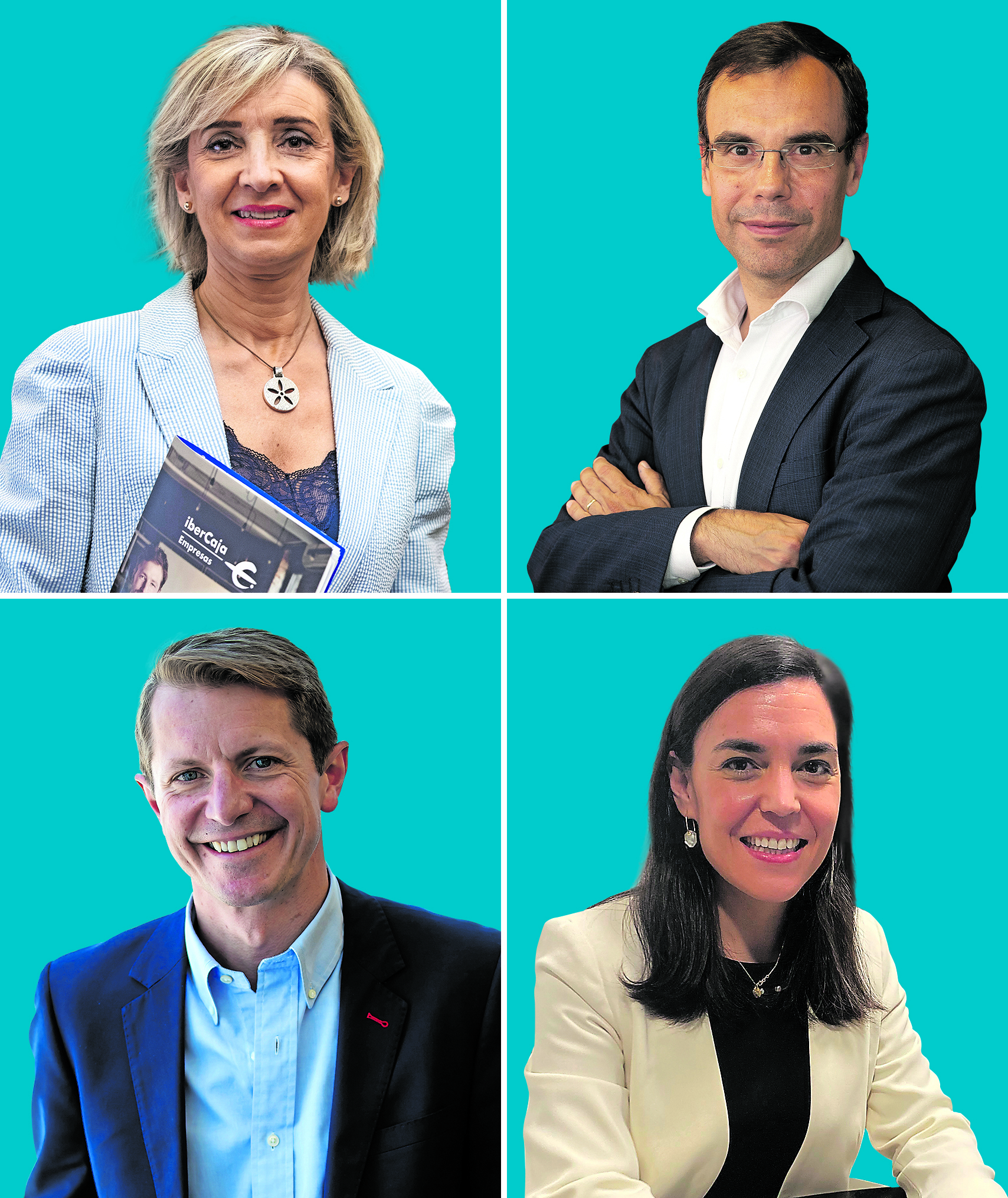 Surely the older ones will remember Alfonso Escámez, president of the defunct Central Bank, making a show of having started his professional career from the bottom, as a bellboy for the entity that 45 years later he would lead for two decades. For the youngest, perhaps this trajectory was far from what they planned when they started working. Because the world has changed and the jobs for life that your parents and grandparents had in the 20th century have gone down in history. This is how Alberto Gavilán, Director of Talent at Adecco, believes: “Things are no longer the way they used to be and people, when they join the job, do not think that they will remain in the same company for their entire career. That brand loyalty no longer exists.” At present, he continues, it is normal for there to be six or seven company changes among those who enter the labor market. And these transits are no longer frowned upon as they used to be. The jumps from one company to another occur every three or four years on average, indicates Gavilán.

However, in many companies you can develop a long professional career. And although it is no longer common, there are people who started as interns in the organization they now lead. This is the case of German Christian Sewing, CEO of Deutsche Bank, whom he joined in 1989, or his Spanish counterpart at Ibercaja, Víctor Manuel Iglesias, where he joined in 1988. They belong to a sector in which careers are very structured, explains Rafael Sarandeses, managing partner of Talengo, as in professional services, where every two or three years young people change their category until they reach management, normally between 36 and 40 years old; from there it is more complicated to continue ascending.

Catalina Tarin has already reached a management position at 32 years old. She is Head of Corporate Banking Structured Finance for EMEA (Europe, Middle East and Africa) at Deutsche Bank, which she joined 10 years ago as an intern after finishing Business Administration and Management. She came in to work in the risk department, where she had six weeks of training in London and did a rotation in Stuttgart before jumping to Frankfurt. “Although I’m still in the risk department, I’ve held different positions and totally changed my duties; moving from the infrastructure team to the business team, which is where I am today. There is a lot of internal mobility in the bank”, says Tarin, who intends to follow her path in the bank even if she is young.

On the other end of the telephone line, Teresa Fernández, Director of Business Banking and Deputy General Director of Ibercaja Banco, recounts her rise in the financial institution, where she landed as an intern 30 years ago after graduating in Law and when she was studying Economics. At 54, she says that for the first 15 “everything was easy at the bank”, but in the last 15 “everything has become difficult”. Like Tarin, she began her career in the plant’s risk department, from where she was transferred to Huesca, the place where she assures that she learned to work. Back in Zaragoza, she was offered a position in the Business department to launch a new product: the confirmed. This is how he became a business salesperson, to later specialize in marketing and, thanks to the visibility this position gave him, direct Ibercaja’s Social Work, in which he came to have 300 people in his charge, he recalls.

Fernández is part of the Ibercaja management committee, after her time in people management, where she undertook the entity’s cultural transformation, and her return to the Business area, now as director, where she has spent a year supervising a team of 390 people. She says that she has been lucky in her career. “Every time I changed departments it was as if I changed companies, and with the advantage that they knew me at home”.

In the case of Josep Bons, director of electrical and electronic development at Seat, there has been no rotation by department, it has been the department itself that has turned around like a sock with the arrival of the electric and connected car. A 46-year-old industrial engineer, he entered the area that he now manages with a scholarship when the Seat Leon they were manufacturing barely had five electronic units. Today he is 90, he says. Bons thinks his real career leap came after spending 20 months in Germany getting a new Volkswagen platform up and running. He knew English and German, and with that stay he managed to broaden his vision of the automobile group, which he would later deploy at the Seat plant in Martorell and later transfer to Audi as head of service, again in Germany.

With that background, in 2007 Bons tried out for promotion to a management position. He was appointed responsible for the network on board Seat, with 25 people in his charge. “Then manager, with a team of 50 people because the area grew a lot,” he says, and in 2018 he became the first Spaniard responsible for electrical and electronics development, with 242 workers. For Bons, the path he has followed “has been more challenging than if I had changed companies.”

An opinion shared by Felipe Buhigas, who was a Mapfre scholar and who today heads the commercial and marketing de Solunion (formerly Mapfre Caución y Riesgo and now 50% owned by the insurer and Euler Hermes). At 50 years old and after 29 in the group, he has had “the opportunity to get to know many areas of the company, which has led me to be a credit insurance scumbag, because there is no stick that I have not touched.” He has even passed through various markets, such as Belgium, Ireland and Mexico.

For Buhigas, it is very enriching to start from the bottom and work your way up little by little. “Those who start as interns feel a much greater fidelity and loyalty towards the company than the rest,” he says. Although the risk, according to Bons, is to accommodate. “Staying in the same company provides professionals with greater solidity, but there are companies that do not offer them growth opportunities and lose them,” says Sarandeses, given that economic cycles are accelerating and so is staff turnover.

“There is a hunger to grow among the new generations, who have less patience to wait for the opportunity. Their culture is one of immediacy and instant gratification, which often means they can’t last in an organization. If before it was normal to have gone through about three companies at the age of 40, now it is at 35 ″, he adds. The director of Talengo gives the technology sector as an example, where the way to climb for young people is to jump from one organization to another to get salary increases of 10% or 15%. Hence, like Gavilán, he believes that in the future there will be fewer interns who reach the direction. “The employee is less and less engaged,” he says.

Maria José Verastegui, from the Department of Careers at Esade, is clear about it: age makes the difference in a person’s professional career. “Those over 40 years of age, belonging to the generation of the baby boom or to generation X, they follow a very similar pattern to that of our grandparents: many enter a company as interns and move up in the organization. At most, they experience two or three company changes throughout their career. On the other hand, among millennials, these two or three movements have already occurred at the age of 30.” The expert justifies this for two reasons. On the one hand, the market, in which companies evolve very quickly and look for new profiles outside of On the other hand, young people, who claim to participate in the development of projects and contribute from start to finish, so that when they are finished they jump to other organizations.”Today the career development of the new generations does not take place within one company but in several and it is faster than in the past”, he settles.

By admin
Recent Posts
Latest News
Facebook Twitter WhatsApp Telegram
Back to top button
Close
Featured Posts
The European Parliament asks to include Schröder in the black list of the EU for being in the pay of Russian companies | International
May 19, 2022

Gazprom announces a drastic reduction in the shipment of gas to Europe through the Nord Stream 1 pipeline | International
July 25, 2022

The mobilization that Putin did not want: young people fleeing the call to war even by bicycle | International
September 26, 2022

The mobilization that Putin did not want: young people fleeing the call to war even by bicycle | International

The Chavista government describes the UN report denouncing torture in Venezuela as a “pamphlet” | International
September 27, 2022

Latest news from the war in Ukraine, live | Zelensky: “Mariupol is undergoing the biggest stress test in Ukraine’s history” | International

Accident at the Lima airport: two dead when a Latam plane hit a fire truck | International
1 week ago

Accident at the Lima airport: two dead when a Latam plane hit a fire truck | International