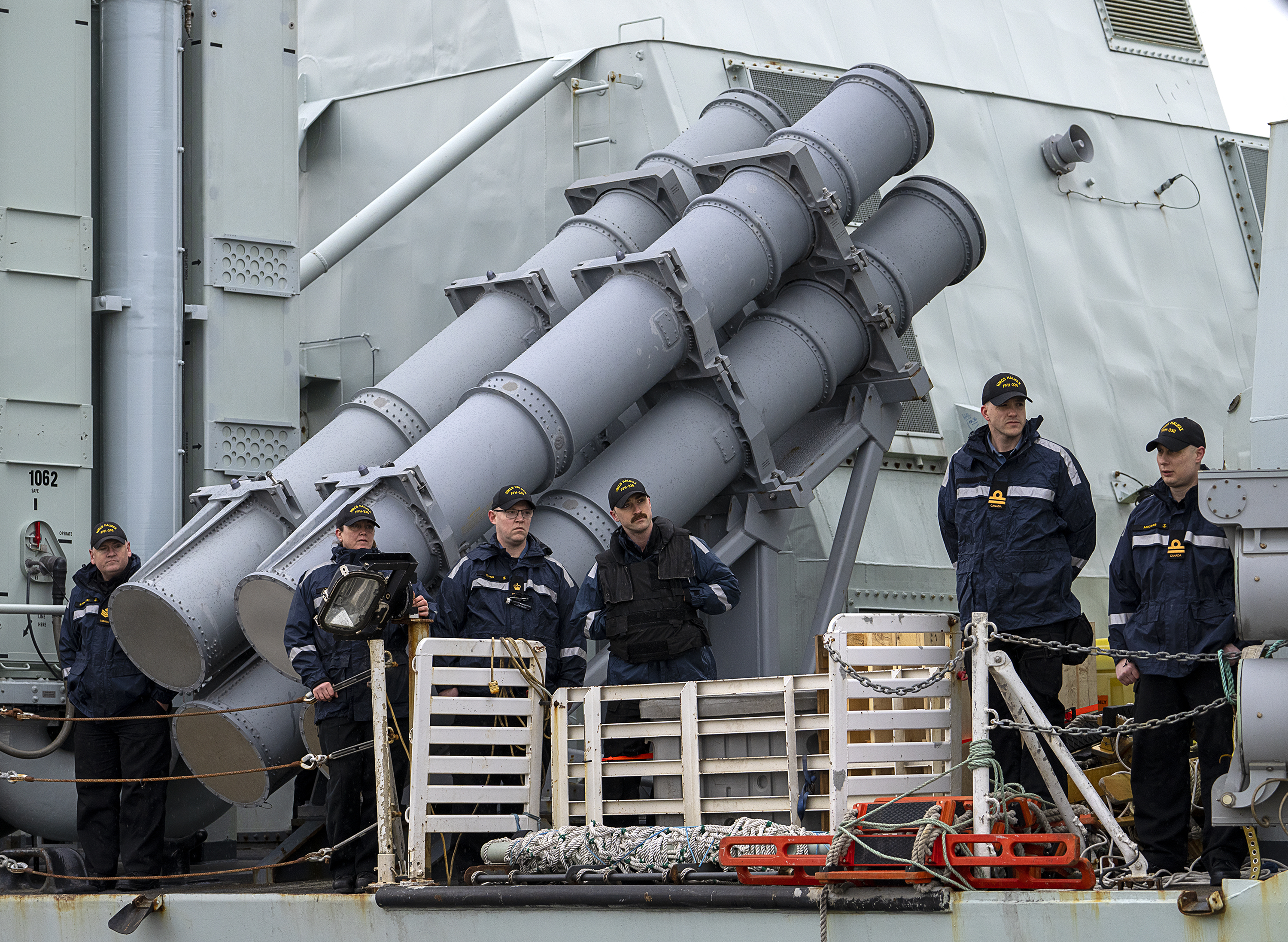 The North Atlantic Alliance was created with two basic purposes: to prevent a major war in Europe and, should this fail, to manage escalation. Unfortunately, with the war in the Ukraine, it has failed on both counts. If it weren’t for the strength of the Ukrainian people and the support of some allies, Russian troops would already be concentrated on the NATO border with missiles aimed at their cities. NATO leaders meeting this week have a chance to redeem the Alliance and help the Ukrainians end the war on favorable terms. They can do so without directly getting involved in the fighting, but they will have to free themselves from two self-defeating dogmas: that the Alliance’s collective defense begins and ends on its territory, and that any action would escalate into World War III.

Most importantly, NATO leaders correct a strategic error: letting Vladimir Putin’s nuclear saber-rattling run amok. A lone Putin sitting 10 meters from his defense minister and his chief of staff giving them instructions to bring Russian nuclear forces into combat readiness will be one of the defining, albeit macabre, images of this war. If Putin’s message was loud and clear, NATO’s response was worryingly muted, save for a curt reply from French Foreign Minister Jean-Yves Le Drian, who reminded Putin that “NATO is also a nuclear power.” . The thinking, especially in Washington, seems to be that the best response is to ignore Putin’s nuclear saber rattling. However, the reckless incursion of Russian forces against Ukraine’s (and Europe’s) largest nuclear power plant shows that Putin’s nuclear warning must be taken seriously.

Not to back down and restore some strategic balance in nuclear rhetoric is to let Putin set a very dangerous precedent. What will prevent him from potentially using nuclear weapons the next time he intends to attack another European territory? This is not only worrying for Europe. Some Indo-Pacific allies must wonder what the US response would be if China were to use Putin’s nuclear playbook to seize some islets. NATO leaders must use their collective voice to say three things: NATO is a nuclear alliance. It has no intention of using atomic weapons in this conflict. However, the use of nuclear weapons will fundamentally change the nature of the conflict, with devastating consequences for all. This simple but unambiguous language should help NATO redraw a red line. The same can be said of chemical weapons or any other weapon of mass destruction.

Second, NATO allies must expand the quantity and quality of weapons sent to the Ukrainian forces. The war is reaching its zenith. Zelensky has to resist and increase the cost of Putin’s campaign. This must start with the big allies, especially those in Western Europe, to significantly increase their arms shipments. If allies in North and Central Europe are on their third or even fourth wave of arms shipments, those in Western Europe are lagging behind. This imbalance poses a double risk of sowing divisions among the allies – those in the East increasingly feel that they are shouldering a disproportionate burden – but also of weakening the supply of critical weapons at a time when Zelensky needs to strengthen his position both militarily and as diplomatically.

Related to this, the quality of those shipments must also evolve as tactics in the war change: the Russians are increasingly using their air force and missiles to indiscriminately cause destruction and death. Having failed to decapitate the government, Putin’s military campaign now seeks to bring the Ukrainian population to its knees. To do this, Ukrainian forces need more means to shoot down Russian fighters and missiles and protect population centers and key infrastructure, especially in western Ukraine. They need medium-range air defense systems, like the Russian-made S-300s used by Greece, Bulgaria and Slovakia. The United States, with its Patriot system, and other countries, such as France, Italy and the United Kingdom, which have equivalent medium-range systems, could reinforce these front-line allies. Providing that defensive capability to Ukrainian forces will give them a reasonable chance against Putin’s war machine and help them create a sanctuary in western Ukrainian airspace. It will be less controversial and logistically complicated to operate than providing fighter jets, but it could make a real dent in the Russian air and rocket forces.

Waiting and making big statements without increasing military pressure on Putin would also reduce the chances of success on the diplomatic front. Now that Zelensky has shown his willingness not to apply for NATO, it has also made the Alliance’s involvement less obvious. NATO leaders should call on Alliance commanders to update plans to ensure continued access to the Black and Baltic seas, as well as cyber plans to actively protect NATO infrastructure. In essence, these measures will send a clear message to Moscow: we are ready to increase pressure in areas critical to Russia.

These decisions are not without risk, but they all remain below the threshold of direct military involvement. NATO has a moral and strategic obligation to act. To do too little, as is now the case, presents the unacceptable risk of a subjugated Ukraine and a Vladimir Putin ready for his next revenge move. Failure will also have lasting consequences for the credibility and very purpose of the Alliance. Indeed, what value is a rock-solid collective defense if an ever-increasing part of the European continent is under occupation and in open conflict with Russia?

Putin has never been so close to failure. What started as a withering regime change attempt in Ukraine could end up triggering long-lasting regime change in Russia itself. Although NATO is not directly involved in the fight, it is a war that can be won or lost depending on our decisions.

Fabrizio Pothier He is a senior defense consultant at the International Institute of Strategic Affairs and a contributor to Agenda Pública.

Davos Forum: Bill Browder, the financier who stood up to the Kremlin: “The determination to fight Putin is beginning to crack” | International

Neither reunification with China nor independence: Taiwanese prefer to stay as they are | International
August 13, 2022

Neither reunification with China nor independence: Taiwanese prefer to stay as they are | International

The Red Cross considers the clashes between FARC dissidents in Colombia to be an armed conflict | International
March 24, 2022

Damien Abad: Rape accusations against a minister hinder the start of Macron’s mandate | International
May 26, 2022

Biden Says ‘Nuclear Armageddon’ Is Closer Than Ever Since the Cuban Missile Crisis | International
October 7, 2022