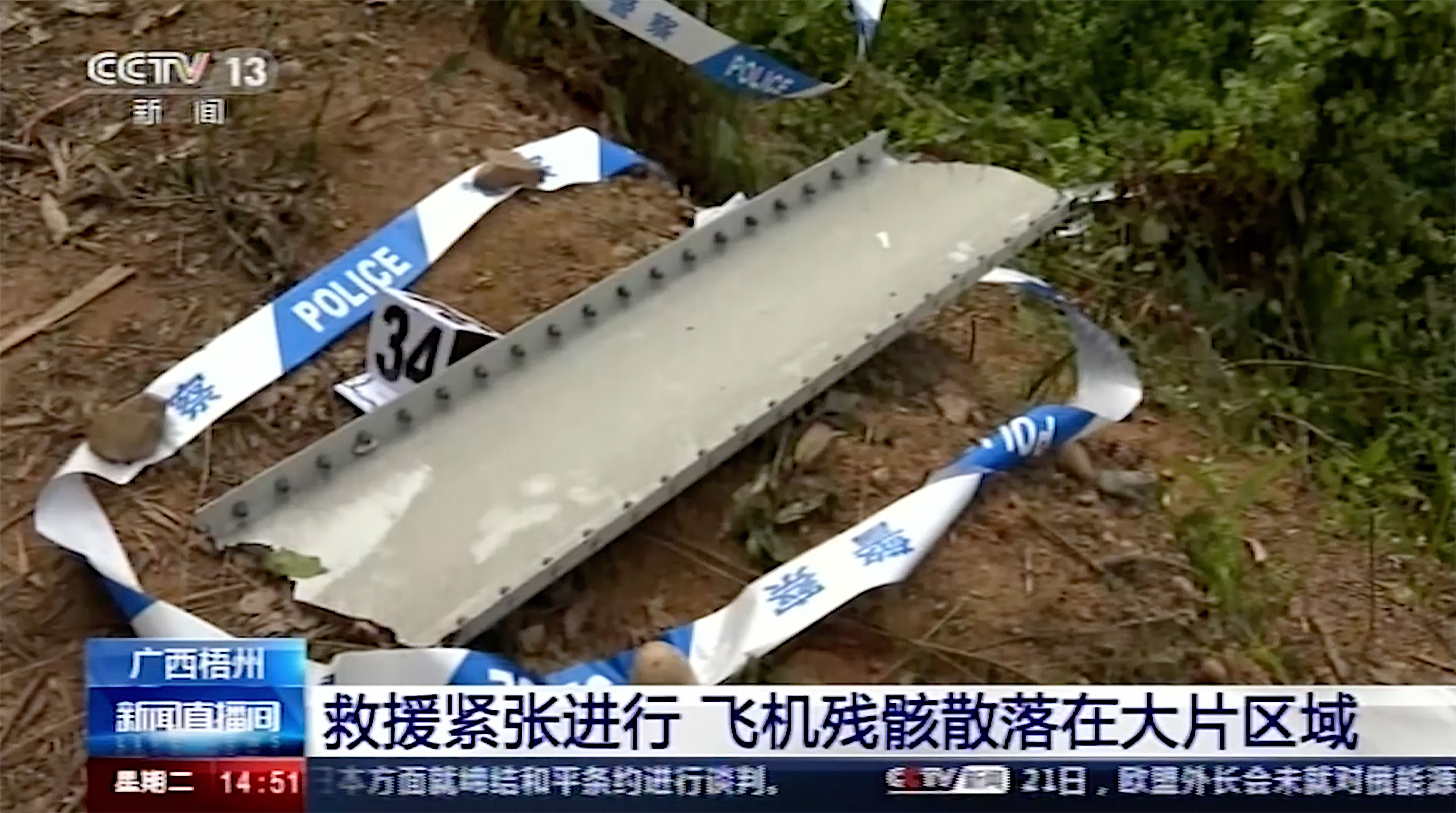 About two thousand workers from the rescue teams were facing this Tuesday against the rain and mud that further complicated the search operation for traces of the 132 people who were traveling aboard the China Eastern airlines flight MU5735, which crashed on Monday in a remote mountainous area in southeastern China. A day after the plane, a Boeing 737-800, fell from a height of almost 9,000 meters in just three minutes and crashed into a mountainside in Wuzhou, in the Guanxi region, rescue teams have located at the point of impact – marked by a huge crater in the middle of the woods – charred remains of identity cards, cell phones, fragments of a notebook and other personal items, according to Chinese media. But no sign of life, in what could become the worst air disaster in nearly three decades on US soil.

The airline, who has put his website in black and white as a sign of mourning, has acknowledged the existence of victims and expressed condolences, but has not offered a death toll. A video on the website People’s Daily, the newspaper of the Communist Party, which has embedded reporters with rescue teams, shows a broken camera lens and binoculars among the objects found in the impact zone. Fragments of the plane’s fuselage – a piece of a wing with instructions for its handling still visible, a bundle of charred cables – are mixed with shattered branches and burned trees.

In addition to traces of travellers, the search of the workers is also focused on locating the black boxes of the plane, a task for which they are assisted with drones, given the rugged terrain that can only be reached on foot.

The hope is that the black boxes and their data on the course of the flight and the conversations of the pilots can shed light on the causes of an incident whose circumstances have perplexed experts. The plane, based on data available on FlightRadar24 flight tracking page, had left shortly after 1:00 p.m. (06:00 a.m., Spanish peninsular time) from the city of Kunming, in southwestern China, en route to Guangzhou. Visibility was good, with a light cloud cover. About three-quarters of the way through, and in the altitude and cruising phase — the safest in flight, according to accident statistics — he lost almost 21,250 feet (6,477 meters) in just one minute.

After a brief ascent, it lost 1,410 meters in height again, according to the tracking page, to be 983 meters above the ground. It disappeared from the radars at 2:22 p.m. (07:22 a.m. Spanish peninsular time). Videos released by Chinese media show what appears to be the plane plummeting at high speed immediately before crashing into a wooded area, where it caused a fire.

“The plane crashed into the mountain,” Li Chenbin, one of the technicians involved in the rescue efforts, told the China News Service agency. “The whole plane has disintegrated, there are only fragments left scattered everywhere. I haven’t seen any survivors.” The way in which the plane fell has puzzled other experts: “It seems that the pilot could not control the controls of the plane,” said Wang Yanan, director of the publication. aerospace knowledge, to chinese digital ThePaper.

The Chinese president, Xi Jinping, has declared himself “shocked” by the accident and has ordered all possible efforts to be devoted to the rescue and investigation of the accident. Vice Premier Liu He, one of his most trusted men and normally in charge of economic affairs, together with State Councilor Wang Yong, have been in charge of these works.

The air accident is the first since 2010 in the territory of China, whose aviation sector had displayed an exemplary safety record since then. It comes as this industry tries to overcome the drop in passenger numbers caused by the coronavirus pandemic and measures to control it, which have drastically reduced the number of international arrivals. China Eastern has decided to ground its fleet of Boeing 737-800s, while the Civil Aviation Administration of China (CAAC) has announced a review of aviation security measures.

The Russians form queues tens of kilometers long trying to escape from the war | International
September 23, 2022

McDonald’s: The last Big Mac of an era in Russia | International

Charles Michel: “If NATO enters the conflict between Russia and Ukraine, we will fall into the third world war” | International
March 14, 2022

War in Ukraine: Fear returns to the streets of kyiv | International
October 11, 2022

War in Ukraine: Fear returns to the streets of kyiv | International

Andrea Echeverri: “I didn’t want to be like Madonna or Shakira”