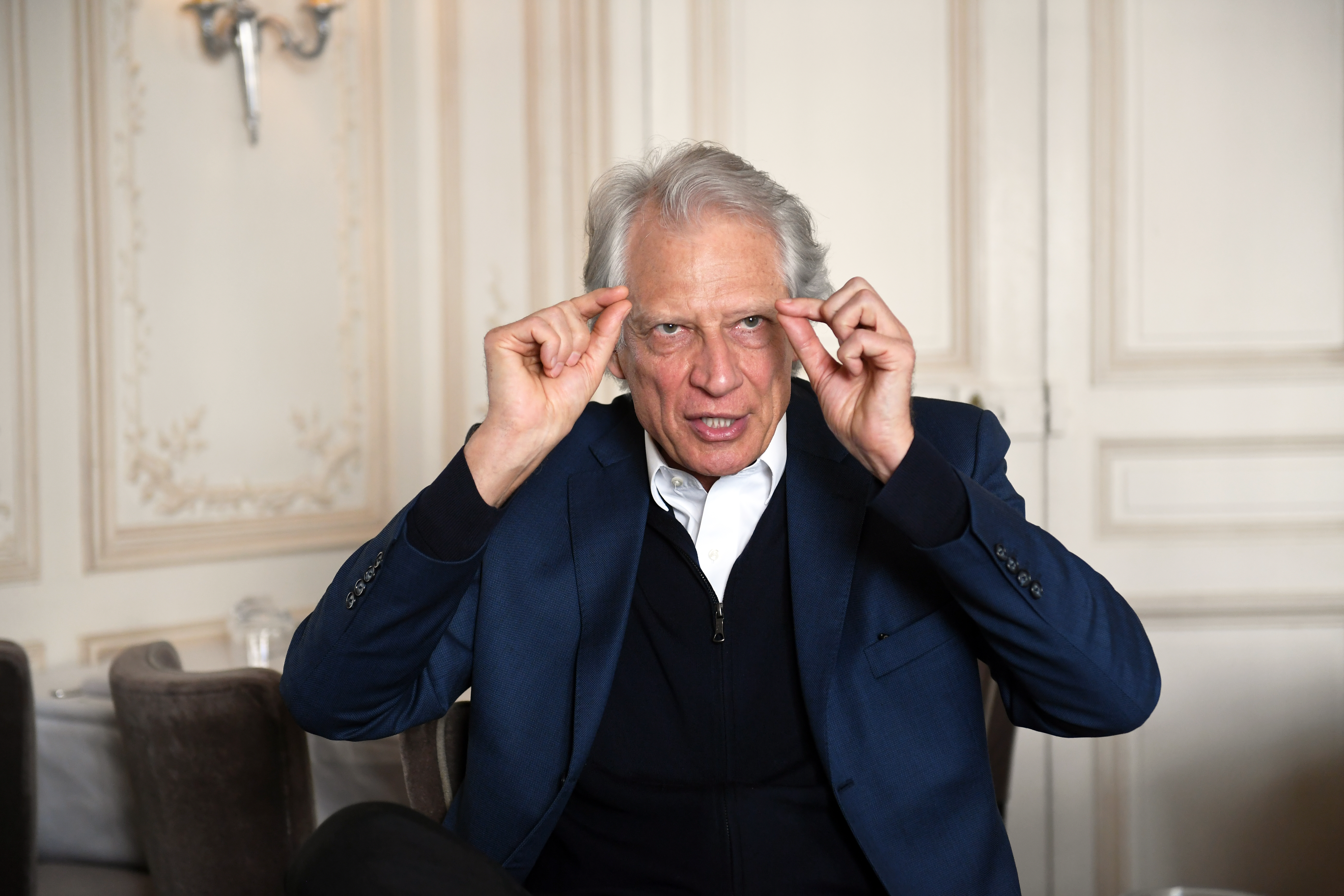 There are politicians with long and varied careers, but who will always be defined for a moment. This is the case of Dominique de Villepin. On February 14, 2003, when he was French foreign minister under President Jacques Chirac, he delivered a fiery speech against the impending US invasion of Iraq at the UN Security Council. The speech remained in the annals of French oratory and diplomacy.

Almost 20 years have passed; Villepin (Rabat, 68 years old) was later Prime Minister, and then abandoned politics. Now, when he walks into a cafe near the National Assembly in Paris, he still maintains the profile of a nineteenth-century aristocratic poet. And he has not abandoned the convictions of that time: mistrust of a world of blocs between democracies and authoritarian regimes, faith in diplomacy to overcome these barriers, a background of mistrust of the United States, and rejection of the idea that the West can drive regime change in the rest of the world. Also, of course, to the idea that the Russian invasion of Ukraine and the war, which began almost a month ago, can only end with the fall of Russian President Vladimir Putin.

“Let’s not make the mistake of making Vladimir Putin’s departure a precondition for negotiations. For 20 years, we have seen that the logic of regime change has not given the expected results”, says Villepin in an interview granted this Monday to EL PAÍS and the newspapers of the European media alliance LENA. And he cites, to illustrate the point, the failed Western wars in Iraq, Afghanistan and Libya. “Already in the 13th century”, he continues, “Saint Thomas Aquinas said that the tyrant of Syracuse could be changed, but that the risk was that what came later would be worse. Because it’s not just Putin. There is a system, a thought, a software, a culture. Herein lies the whole problem.”

It is not that Villepin now shows complacency with Putin, although he was one of the many who, before the invasion, considered it very unlikely because, he argued then, it did not respond to Russian interests. Villepin believes that the European Union, the US and NATO must deploy all possible efforts as long as they do not cross the self-imposed “red line” of “co-belligerence”, that is, of direct entry into war.

The goal, according to the former prime minister, must be to avoid a long war. “We know all the tragic consequences this would have,” he explains. And he lists: “A growing number of victims, a threat of territorial extension of the conflict or intensification of attacks, a risk in the chemical, bacteriological or nuclear field.” To avoid this scenario, he advocates stronger sanctions that force Putin to negotiate.

“The meetings of NATO, the G-7 and the European Union this week will be decisive: they are occasions to send clear messages to Vladimir Putin and show him that he cannot win militarily or divide Europeans and Americans,” Villepin exhorts. The energy embargo on Russia “could force the Kremlin to think more quickly about a way out of the war,” he argues. And he adds: “[Putin] You may be tempted to double down for fear that failure will mean your downfall. In Russian history, military defeats have always led to major political consequences: after the Crimean War in the 19th century, after the Russo-Japanese War, during the First World War, and after the Afghanistan War in 1989. You have to make him understand that redoubling the bet is a dead end. And even from its warmongering prism there is room for a modicum of realism. This could lead him to seize opportunities with face saving and without giving the Russian people the feeling of having lost the war. We must press hard to help this evolution, both with maximum sanctions and with an outstretched hand for negotiation. Only a negotiated settlement will restore Ukraine’s rights and preserve regional security.”

Villepin, like so many French rulers and diplomats, claims the vision of General Charles de Gaulle: a France as a balancing power between antagonistic blocs. De Gaulle was not always a Gaullist in this sense: in the Berlin and missile crises during the Cold War, he unhesitatingly aligned himself with the West and against the USSR. But this vision has been claimed by almost all of De Gaulle’s successors, up to the current one, Emmanuel Macron.

When Dominique de Villepin looks beyond the war in Ukraine, and looks through the Gaullist prism, he sees a risk: the confrontation between antagonistic blocs. “The key in the period that is beginning is to avoid a head-on clash and prevent the terms of the confrontation from being defined unfavorably for us. It is not about a conflict between the West and the East, and even less between the West and the rest, nor about a binary clash between democracies and authoritarian regimes, but about two conceptions of the international order: one founded on law and the other on force. I am convinced that we can unite many nations around a model of order through law.”

To overcome the logic of the blocs in the face of the war in Ukraine, Villepin believes that the Europeans, and the West, must talk to China, India, Israel or Algeria, countries that, he recalls, maintain good relations with Russia. “We don’t have to talk only to ourselves, convince our public opinions. You have to convince the world!” he says. “It was one of the great objectives of France with Jacques Chirac: to avoid confrontation, the clash between different worlds, cultures or civilizations. It is necessary to deconstruct, before these pivotal countries, Vladimir Putin’s revenge speech, because some countries of the South could be tempted to assume it as their own”.

What is at stake, according to the veteran politician and diplomat, is what he calls “the in-depth reform of the international order” and the threat of “a new wall on the planet.” Villepin returns to his prime moment, to 2003 and the prelude to the US occupation of Iraq. “Then,” he says, “French diplomacy was deployed on all fronts to convince that the vote in the Security Council of the The UN was not only for or against the United States, but there were other important things, such as the legitimacy of the UN or the need to avoid a front between East and West that was already being drawn. The current crisis is the laboratory of the world that we enter.”

From Mr. Hyde to Doctor Jekyll: the replacement in the Ministry of Economy of a United Kingdom plunged into an unprecedented crisis | International

Condemned to live under permanent threat in kyiv | International

United States: Biden will finance the increase in defense spending with a new minimum tax of 20% on the richest | Economy
March 29, 2022

United States: Biden will finance the increase in defense spending with a new minimum tax of 20% on the richest | Economy

Biden tests negative for covid again, but will continue to be isolated until a new test is carried out | International
August 7, 2022

Biden tests negative for covid again, but will continue to be isolated until a new test is carried out | International

Guillermo Lasso saves a vote on his impeachment as president of Ecuador | International
June 29, 2022

War in Ukraine: Malnutrition strikes the poorest in Africa | International
May 14, 2022

War in Ukraine: Malnutrition strikes the poorest in Africa | International

Jeremy Hunt: The new UK Chancellor of the Exchequer warns that taxes will rise and there will be cuts | International
October 15, 2022

Jeremy Hunt: The new UK Chancellor of the Exchequer warns that taxes will rise and there will be cuts | International