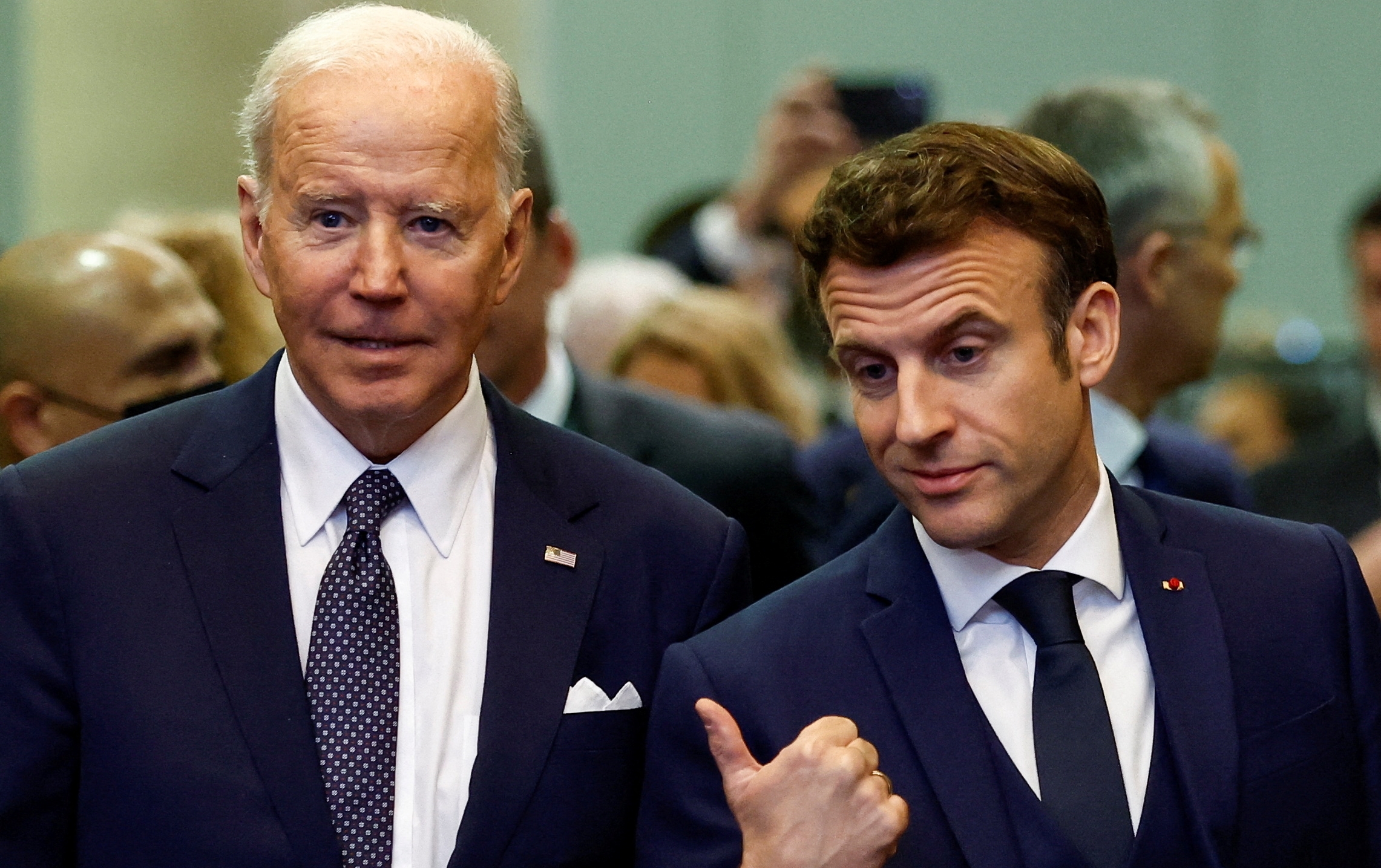 Brussels, the capital of the European institutions, has become this Thursday the great theater of the West, the flagship of a way of conceiving the world in the face of Russia’s aggression against Ukraine. It is “the center of the free world”, defined the president of the European Commission, Ursula von der Leyen, shortly before entering the headquarters of the European Council, where the summit of the leaders of the Twenty-seven began, with the president of United States, Joe Biden, as an extraordinary guest. The American comes to the appointment with the request for his European allies to continue twisting Moscow’s arm through a new package of sanctions that will end up suffocating Vladimir Putin’s regime: this time Russian energy imports are in the spotlight . Biden also arrives in Brussels with a juicy offer to make to the Europeans in the form of liquefied natural gas (LNG). Somehow, two of the EU’s hottest debates – sanctions and energy – seem doomed to come together.

The leaders have moved through different scenarios of a jammed city, crossed by caravans of armored cars and under the drone of helicopters. The international allies that have stood up to Putin have closed ranks with three summits (NATO, G-7 and the European Union) to coordinate the next steps in retaliation for the Russian invasion of Ukraine. The appointments have marked the beginning of a countdown towards the end of Russian energy imports, with the US president willing to cover a large part of the gas consumed in Europe. But his presence also marks the demand for a tightening of sanctions that could lead to an almost total break with Russia.

“The idea of ​​the unity of Europe as a whole, not just NATO, the G-7 and this organization, is really the most important thing we can do to stop this man who in our country we believe has already committed war crimes. ”, Biden assured upon his arrival at the meeting with the leaders of the Twenty-seven.

The American leader has been trying for some time to get European allies to join him in the next steps of retaliation against Moscow. But the EU seems reluctant to go down that path. To date, four packages of sanctions have been approved, something that many countries already consider a historic step and, some, even sufficient: for now, state and military-linked companies have been attacked; industry and the banking sector have been hit; Russian elites linked to the Kremlin have been surrounded and luxury products have even been banned. There is not much more room to hit the table with force: the next big step would involve turning off the tap on energy imports from Russia, which contribute some 700 million euros a day to Russian coffers. The EU imports 90% of the gas it consumes, of which Russia supplies more than 40%. In addition, 27% of oil imports and 46% of coal imports also come from the Eurasian neighbor.

Closing this trade with a stroke of the pen would be a very hard blow for Moscow. And there are several countries, especially those in the East, that feel very closely the encouragement of the Russian threat on their borders, ready to give it. The problem is that the blow could become a boomerang with fatal consequences for the EU. And a good handful of countries, with Germany at the forefront, consider that it would be equivalent to shooting themselves in the foot. There is a risk of causing industry closures and further aggravating an already complicated scenario. At the moment, the unit of the Twenty-seven is comfortable in a more timid scenario: deepen the existing sanctions and close possible loopholes that Russia has found to avoid them.

After the NATO and G-7 summit, the German Chancellor, Olaf Scholz, has reiterated that the embargo on gas, oil and coal is not part of his plans at the moment. And he prefers to move in a field in which the sanctions already imposed continue to have an effect: “We will maintain them as long as necessary and review their effectiveness over and over again,” Scholz said.

Although Brussels denies that both debates – sanctions and energy – are connected, they do seem to function as communicating vessels. The European Commission plans to issue two joint statements with the White House. The first will mention how to deepen retaliation against Russia; the second will contain an offer in the form of billions of cubic meters of US LNG flowing into the community bloc.

The details of this offer that Biden brings under his arm have not yet been revealed. But it could move in the environment of the figures that have been seen in January and February: if traditionally the United States contributed around 2,200 million cubic meters of LNG in these months, this year, while the Russian soldiers surrounded Ukraine with their boots, shipments have doubled: they move around 4,400 million cubic meters per month. “The idea is to continue with this trend,” acknowledges a senior official of the Community Executive.

Von der Leyen has assured that “a new chapter” has been opened in energy ties with the other side of the Atlantic with which it is planned to replace Russian LNG with American LNG. The figures, in any case, are low: the bulk of this fuel still travels from Russia to the EU through pipelines.

The US is already the main LNG supplier in Europe with 44% of European imports in January 2022, according to data from the European Commission. The contribution has skyrocketed 2,418% since the July 2018 agreement, signed by the then US president, Donald Trump, and the president of the European Commission, Jean-Claude Juncker. The volume of US exports quickly increased from 3 billion cubic meters a year to more than double. And in 2021 they stood at 22.1 billion cubic meters, according to the Commission.

LNG, however, is still a small part of the market and only represents 18% of total gas consumption, according to figures from the Bruegel think tank. In fact, the Commission calculates that US exports only cover 6.6% of energy consumption in the EU, far from the 45.6% covered by Russia.

Brussels has proposed to dispense with 155,000 million cubic meters of Russian gas before 2030, for which it would need, among other things, to increase the number of cubic meters of LNG by 50,000 million. The European Commission considers that US imports can be increased significantly if they are made at a competitive price and if Washington abolishes export licensing procedures that complicate and delay purchases.

Brussels also recalls that the EU has increased its regasification infrastructures, which this year (in January 2022) operated at 74% of their capacity. In 2021, according to data from the Commission, 13 EU countries imported 80,000 million cubic meters, with Spain in the lead (21,300 million), followed by France and Italy.

Two Hellfire missiles aimed at a balcony in the center of Kabul: this is how the US has killed Ayman al-Zawahiri | International

Sergio Massa, the Peronist who knew how to wait

Putin holds the pulse against the West under the shadow of a long recession | International
August 21, 2022

The UN will investigate the human rights violations of the Ortega and Murillo regime in Nicaragua | International
April 1, 2022

Liz Truss dismisses the Minister of Economy to try to save her continuity as Prime Minister | International
October 14, 2022

Haiti, without a president and without a state one year after the assassination of Jovenel Moïse | International
July 7, 2022

Haiti, without a president and without a state one year after the assassination of Jovenel Moïse | International

Finland: Sanna Marin calls for more sanctions against Russia: “Ukraine will win the war with our support. There is no other option” | International
September 13, 2022

Finland: Sanna Marin calls for more sanctions against Russia: “Ukraine will win the war with our support. There is no other option” | International

The future of the Lisbon airport unleashes the first crisis of the new Government of Costa | International
June 30, 2022