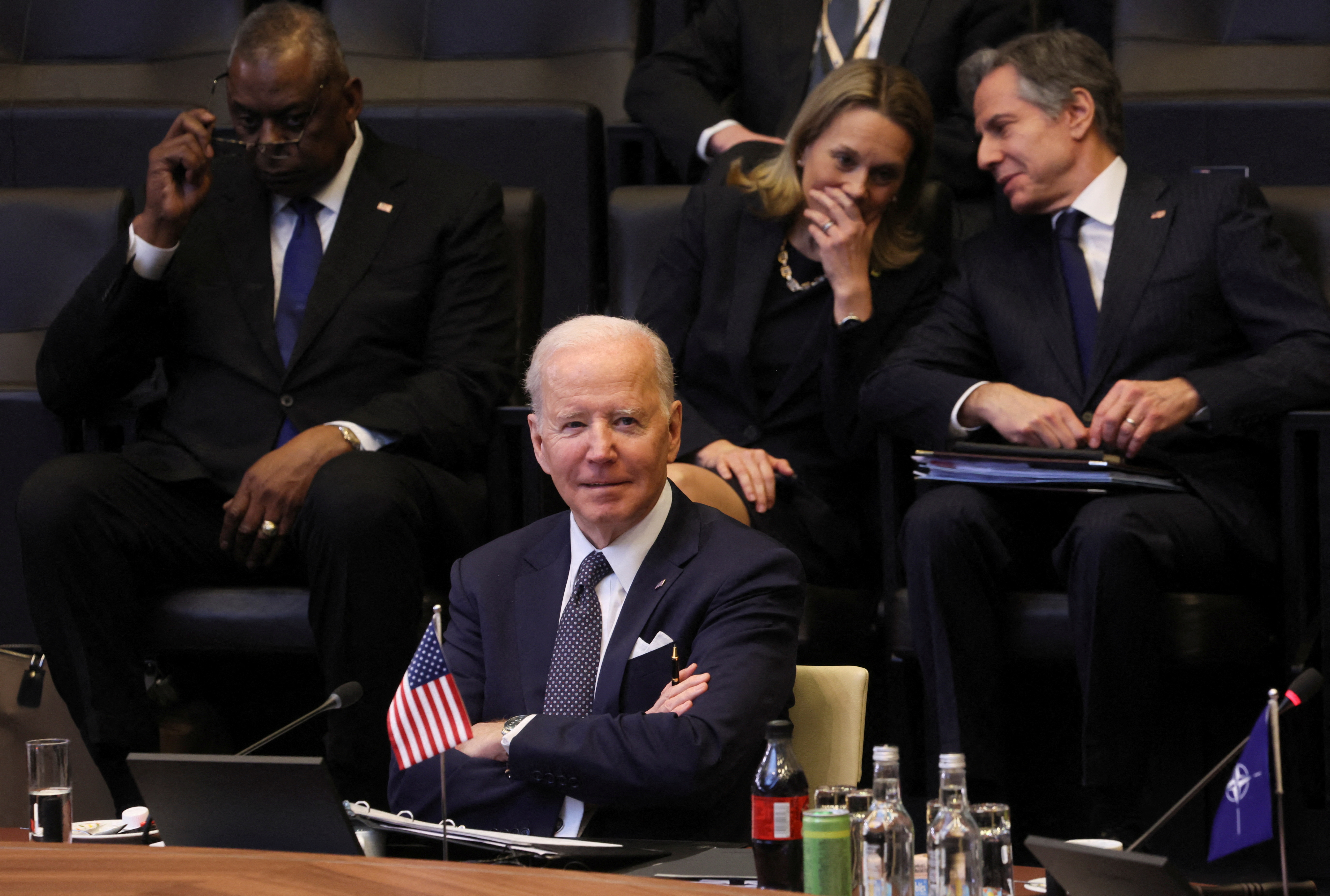 Washington on Thursday announced new financial sanctions against Russia for the invasion of Ukraine, targeting politicians, oligarchs and the defense industry, according to a statement made public by the State Department. “The President’s War” [Vladímir] Putin continues to inflict widespread horror and suffering on the people of Ukraine,” says the US diplomatic press release. “At the same time, in Russia, the Duma [Parlamento ruso] continues to use its legislative power to target domestic political dissidents and opponents, disrupt the free flow of information, and restrict the human rights and fundamental freedoms of Russian citizens.”

The Secretary of State, Antony Blinken, has reported that the sanctions, which have not yet been specified, now target “328 members of the Russian State Duma, in addition to the 12 members appointed on March 11.” The Joe Biden Administration considers that they have supported the violations of Ukraine’s sovereignty and territorial integrity by the Kremlin. One of the people targeted by the punishment is Herman Gref, the head of Sberbank, Russia’s biggest lender, and a close ally of Putin.

“These actions complement the ongoing efforts of our allies and partners to hold accountable those who, by free choice, have unleashed this unconscionable war against Ukraine and its people,” the State Department said. The White House is stepping up coordination with its Western allies. Precisely, this Thursday, President Biden is in Brussels to participate in an extraordinary NATO summit and a meeting at the European Council. The Democratic president is also attending a meeting of the G7. He will then travel to Poland, where he will have a brief meeting with his counterpart Andrzej Duda.

NATO leaders met today in Brussels — one month since the start of Russia’s unprovoked and unjustified invasion of Ukraine. We will continue to support Ukraine with security assistance to fight Russian aggression and uphold their right of self-defense. pic.twitter.com/F582A9qDJw

From Brussels, Washington promised this Thursday to welcome a maximum of 100,000 Ukrainian refugees and other nationalities who have fled the country. In addition, it provides humanitarian aid to Ukraine of 1,000 million dollars (about 909 million euros). The priority will be to welcome those Ukrainians “who have relatives in the United States,” explained an official US source, who requested anonymity, in a telephone press conference. Until now, the Biden administration had insisted that most fleeing Ukrainians wanted to stay as close to their country as possible and were unlikely to want to settle in the United States.

The United States is the largest single donor of humanitarian assistance to the former Soviet republic. “We stand with the brave people of Ukraine, who are showing incredible courage and fierce determination in defending their country against Kremlin aggression,” the State Department said. To talk about “the war waged by the Russian government in Ukraine”, but also about “Iran’s destabilizing activities” and relations between Israelis and Palestinians, Blinken will make a tour between March 26 and 30 to Israel, Morocco and Algeria. Among others, he will meet with the Israeli Prime Minister, Naftali Bennett; the Palestinian president, Mahmoud Abbas, in Ramala, and with Sheikh Mohamed Bin Zayed, de facto ruler of the United Arab Emirates.

On the other hand, the US Treasury Department also announced measures this Thursday against the JSC Tactical Missile Corporation (KTRV), a Russian state-owned defense conglomerate. “KTRV produces Russian defense equipment, including airborne weapons and weapons systems for the Russian Navy,” he says.

subscribe here to the ‘newsletter’ of EL PAÍS America and receive all the information keys of the current situation in the region.

The commercial opening with Colombia, a bitter joy among the Venezuelan business community | International

By admin
Recent Posts
Latest News
Facebook Twitter WhatsApp Telegram
Back to top button
Close
Featured Posts
Italy: Meloni prevails over his partners Salvini and Berlusconi with the extension of the shipment of arms to Ukraine | International
5 days ago

Biden calls on the Senate to ban assault weapons | International

Trump will have to pay $110,000 to have a contempt order withdrawn | International

Animal abuse: The animalist crusade corners the Chilean rodeo
May 10, 2022

Russian War in Ukraine: Zelensky’s diplomatic adviser: “Negotiations are now on the battlefield” | International
May 30, 2022

After the attack on the Kremenchuk shopping mall: “No one can understand why Russia has done this against a civilian target” | International
June 28, 2022

After the attack on the Kremenchuk shopping mall: “No one can understand why Russia has done this against a civilian target” | International

Anne Spiegel: The first crisis of the Scholz Government: the Minister of Family in Germany resigns | International
April 11, 2022

Anne Spiegel: The first crisis of the Scholz Government: the Minister of Family in Germany resigns | International

Turkey stops the first step for the entry of Sweden and Finland into NATO pending concessions | International
May 18, 2022