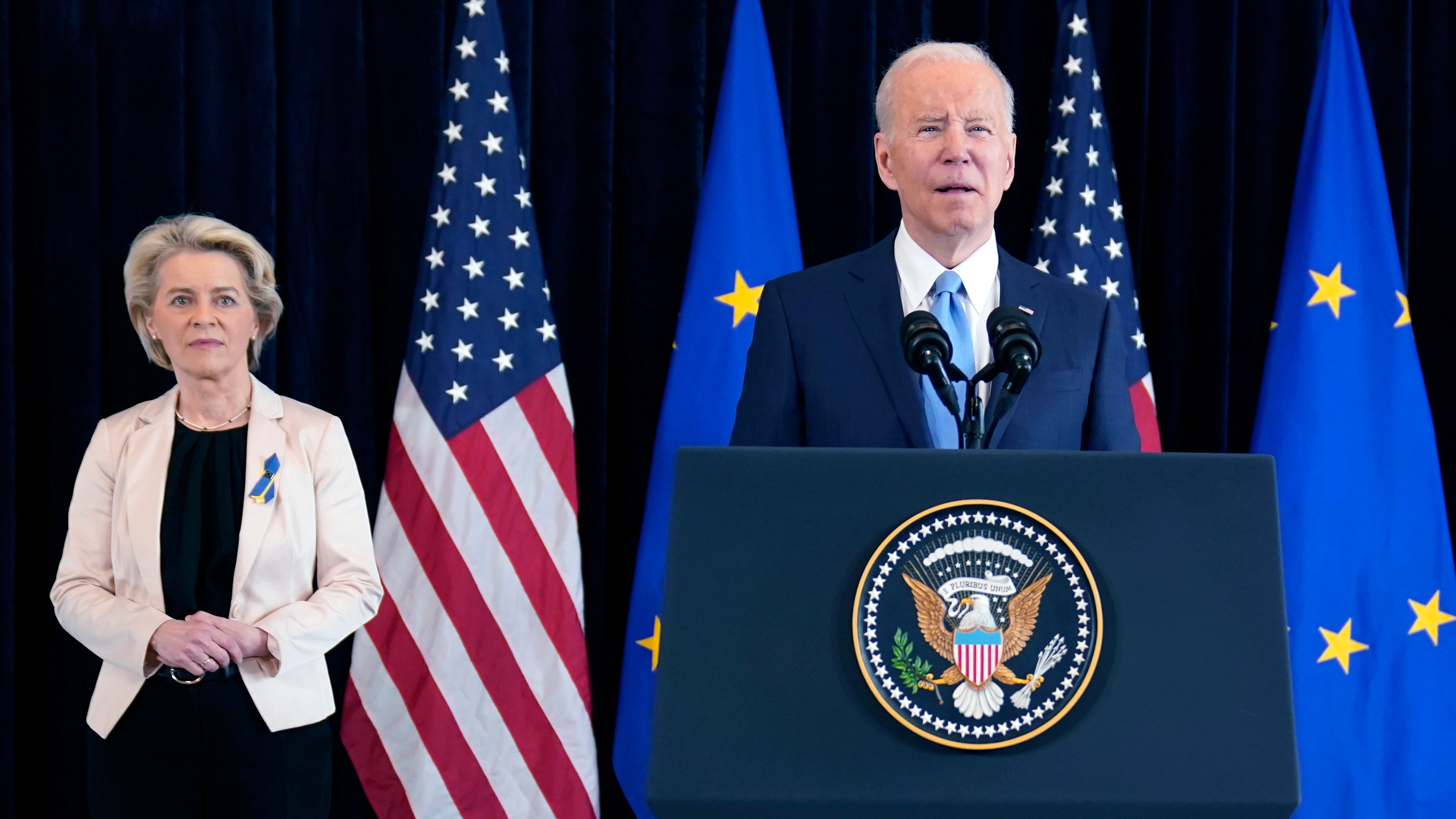 US President Joe Biden’s European visit already has its tangible promise in the form of fossil fuels. Washington has pledged to make a massive jump in its shipments of liquefied natural gas to the EU to speed up the closure of the Russian gas tap. The US government and the Community Executive have reached an agreement to increase annual shipments of liquefied natural gas (LNG) to community partners by 15,000 million cubic meters. The jump represents 68% more supplies compared to 2021.

The promise was made official this Friday, as the culmination of a week in which the capital of the European institutions has hosted NATO, G7 and European Council summits – the latter still underway. In a joint appearance, the North American leader and the president of the Community Executive, Ursula von der Leyen, celebrated the renewed ties between both shores of the Atlantic Ocean in the face of the threat from Moscow. “In a world facing disorder, our transatlantic unit upholds fundamental values ​​and norms that our citizens believe in,” Von der Leyen emphasized.

“Madam President, I know that removing gas from Russia will have costs for the EU,” Biden added to the microphones. “But it is not only the right action to take from a moral point of view. [También] It will put us in a better strategic position.” The final objective, as they have explained, is to reach a supply of up to 50,000 million cubic meters in 2030.

The president of the Community Executive has also explained that US supplies will be key on the road to energy independence from Russia. “This can only be achieved through additional gas supplies, including LNG deliveries,” she said in a speech in which none of the leaders answered questions. “The US commitment to supply the EU with an additional 15 billion cubic meters of LNG this year is a big step in this direction.”

The Commission’s idea is to succeed in replacing the shipment of LNG from Russia as soon as possible. But at the same time, it faces a complex future, with a galloping energy crisis as a result of the pandemic, now aggravated by the invasion of Ukraine. This winter, reservations are about 10% lower than usual for these dates. And Brussels fears suffering a cut in supplies at a critical moment when the storage process begins for next winter. There are voices in the Community Executive that warn of a black scenario, even with electricity cuts next winter, if stock is not made on time. But the figures of the agreement, in any case, are low: the bulk of the gas that arrives from Russia to the EU is not liquefied but travels through pipelines.

This very week, the European Commission has proposed a regulation to guarantee that the existing storage infrastructure is filled up to 90% of its capacity before November 1 of each year. “We have to secure our supplies not only for next winter, but also for years to come,” said Von der Leyen. “Our association intends to sustain us during this war.”

The US is already currently the main supplier of LNG in Europe with 44% of European imports in January 2022, according to data from the European Commission. The contribution has skyrocketed 2,418% since the July 2018 agreement, signed by the then US president, Donald Trump, and the president of the European Commission, Jean-Claude Juncker. The volume of US exports quickly increased from 3 billion cubic meters a year to more than double. And in 2021 they stood at 22.2 billion cubic meters, according to the Commission.

LNG, however, is still a small part of the market and only represents 18% of total gas consumption, according to figures from the Bruegel think tank. In fact, the Commission calculates that US exports only cover 6.6% of energy consumption in the EU, far from the 45.6% covered by Russia.

The agreement between Brussels and Washington also seeks technological cooperation to create infrastructures adapted to the increase in LNG flows; At the same time, investments will be promoted in search of an ecological transition aimed at reducing dependence on fossil fuels as a whole and their replacement by renewable energies.

Brussels has proposed to dispense with 155,000 million cubic meters of Russian gas before 2030, for which it would need, among other things, to increase the number of cubic meters of LNG by 50,000 million. The European Commission considers that US imports can be increased significantly if they are made at a competitive price and if Washington abolishes export licensing procedures that complicate and delay purchases. The price of the agreement for the additional supply has not been made explicit.

Brussels also recalls that the EU has increased its regasification infrastructures, which this year (in January 2022) operated at 74% of their capacity. In 2021, according to data from the Commission, 13 EU countries imported 80,000 million cubic meters, with Spain in the lead (21,300 million), followed by France and Italy.

Landing in China from Europe: Happy return to 2020 | International

Herschel Walker: The anti-abortion candidate who paid for his girlfriend’s abortion because “it wasn’t the time to be a father” | International

Argentina: Horacio Rodríguez Larreta: “We have to do something different in the economy in Argentina” | International

Video | Kalashnikov 101: the first lesson with an assault rifle | International

The cereal war in Ukraine is experienced in the countryside, decided in the ports and suffered in Africa | International
June 5, 2022

The cereal war in Ukraine is experienced in the countryside, decided in the ports and suffered in Africa | International

Protests in Sri Lanka sink tourism: “They say this is paradise, but we are in hell” | International
July 19, 2022

Protests in Sri Lanka sink tourism: “They say this is paradise, but we are in hell” | International

Time change in the United States: when does the clock go back? | International
4 weeks ago

Time change in the United States: when does the clock go back? | International

Brussels proposes to limit the price of gas throughout Europe in an emergency | International
May 12, 2022