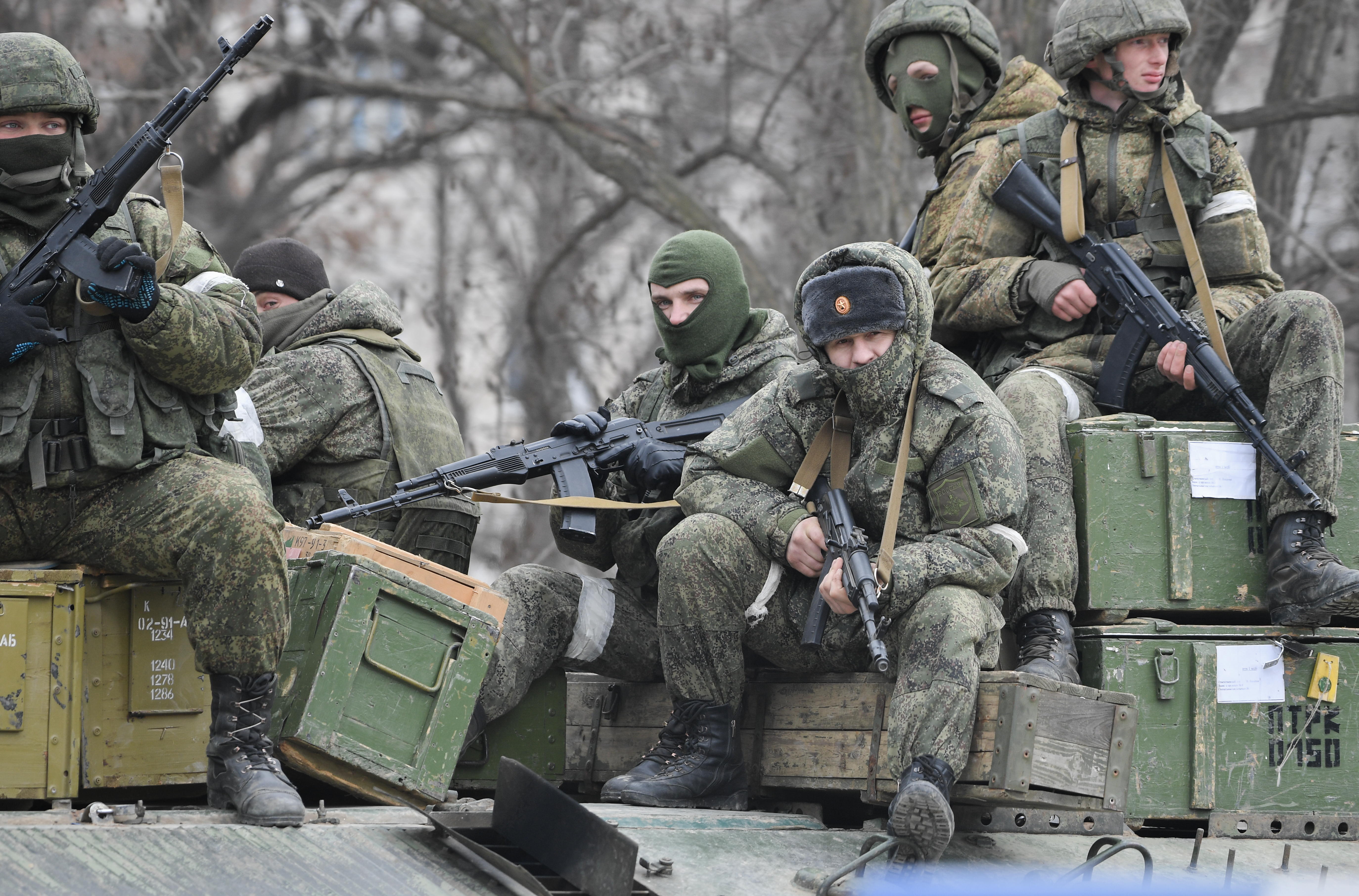 Vladimir Putin ordered on February 24 to invade Ukraine on three fronts “to demilitarize and denazify” the country. A month later, his army takes a turn with unforeseeable consequences and assures that the main objective is something much more tangible for a possible future peace agreement: to take only the Donbas region, which the separatists already controlled in part since 2014. “A As the individual groups successfully complete the assigned tasks, our forces and means will focus on the main thing: the complete liberation of Donbas,” the first deputy chief of the General Staff, General Sergei Rudskoi, said at a briefing this Friday.

A trident stormed Ukraine in late February in a campaign called a “special military operation for the protection of the Donetsk and Luhansk republics.” A part of the Russian armed forces tried to reach kyiv from the north, starting even from a third country, Belarus, in a lightning attack by the fastest route, Chernobyl. In the east, another front was opened with the support of the militias and private contractors operating in the separatist territory. And to the south, from the annexed Republic of Crimea, another assault has sought to unite the Black Sea peninsula with Donbas, giving rise to one of the bloodiest battles of the conflict: the siege of Mariupol.

Despite supposedly limiting its offensive to Donbas, the Russian armed forces keep the card to continue into the interior of Ukraine and try to occupy cities such as kyiv and Kharkov, bombed for weeks. “Initially, we did not plan to storm cities in order to prevent their destruction and minimize losses among personnel and civilians, but we do not exclude that possibility,” Rudskoi added.

The objective of this campaign has varied from phase to phase of the war. On March 18, President Putin gave a speech at a rally-concert held at the stadium for the World Cup final in Russia, which was packed to capacity with 81,300 seats. Chorded by the public, the president assured that “the main objective of the military operation in Donbas and Ukraine has been to liberate the population from genocide.” However, on February 25, the second day of the war, he urged the Ukrainian army to stage a coup because it would be easier to negotiate with him than with “a government of drug addicts and neo-Nazis.” Other pretexts used by the Kremlin have been the hypothetical threat that Ukraine’s entry into NATO would pose to Crimea, and once the conflict was advanced, an alleged development of biological weapons financed by the United States with the Slav ethnic group as a target. Washington categorically denied it, assuring that his laboratories were only dedicated to the early detection of potentially pandemic outbreaks, as happened in Ukraine in 2012 and 2018 with African swine fever.

During the negotiations held these weeks between both parties, the Russian delegation has insisted on three key demands: Ukraine must assume a status of neutrality that distances it from the West and NATO; it must recognize the integration of Crimea as part of Russia; and must assume the independence of the republics of Donetsk and Lugansk.

The Russian Defense Ministry also announced this Friday its second casualty count so far in the war: 1,351 dead and 3,825 wounded, according to official figures offered by Rudskói. The general assured that the Ukrainians “no longer have reserves and cover their losses with personnel without the capacity of the territorial defenses.”

According to the Russian General Staff, their rivals would have lost a total of 30,000 of their 260,000 combatants, between 14,000 dead and 16,000 wounded, which would have forced kyiv to mobilize more troops. Russia, despite claiming to have much fewer casualties, has however announced that it will also mobilize up to 16,000 mercenaries brought from the Middle East. Added to these are other units from territories as disparate as the Russian Far East, Chechnya and Abkhazia, according to British intelligence.

The deputy chief of the Russian General Staff assured that the supposed “demilitarization” of Ukraine “is being achieved with high-precision attacks against military installations and unit deployments, as well as against airfields, command posts, arsenals and weapons depots.”

The United Nations data contradicts that it is a surgical operation. According to the count of the UN High Commissioner for Human Rights, 977 civilians have died and 1,594 have been injured as of the early hours of March 24, although the figure may be higher.

Likewise, their data does not confirm the alleged “genocide” with which Putin justified his beautiful case against the government of Volodymyr Zelensky. The United Nations points out that 279 civilians have died in the Donetsk and Lugansk regions so far in the conflict: 224 in government-controlled areas and 55 in separatist territory.

In his assessment of the progress of the Russian army, Rudskoi also stressed that his troops could have suffered setbacks from Ukrainian sabotage. “127 bridges were blown up by the Ukrainian nationalists to stop our offensive,” said the colonel, who also assured that they have total superiority in the sky because “the Ukrainian aviation and air defense system were almost completely destroyed.”

NATO: More than 4,000 soldiers, 21 fighters and tons of artillery stand up to the Russian threat in the Baltic countries | International

The Venezuelan government and the opposition agree to unfreeze between 3,000 and 5,000 million state funds abroad
54 mins ago

kyiv and Moscow agree to evacuate more than 250 Ukrainian militiamen from Azovstal | International
May 17, 2022

Fire in the largest park in the Northeast, or fourth this year, raises suspicions about factions and real estate disputes | News
March 10, 2022

Fire in the largest park in the Northeast, or fourth this year, raises suspicions about factions and real estate disputes | News

The Social Democratic Party wins the elections in Sweden, according to exit polls | International
September 11, 2022

The Social Democratic Party wins the elections in Sweden, according to exit polls | International

All pending Nord Stream: the ‘D-day’ of the European gas war | International
July 21, 2022

All pending Nord Stream: the ‘D-day’ of the European gas war | International