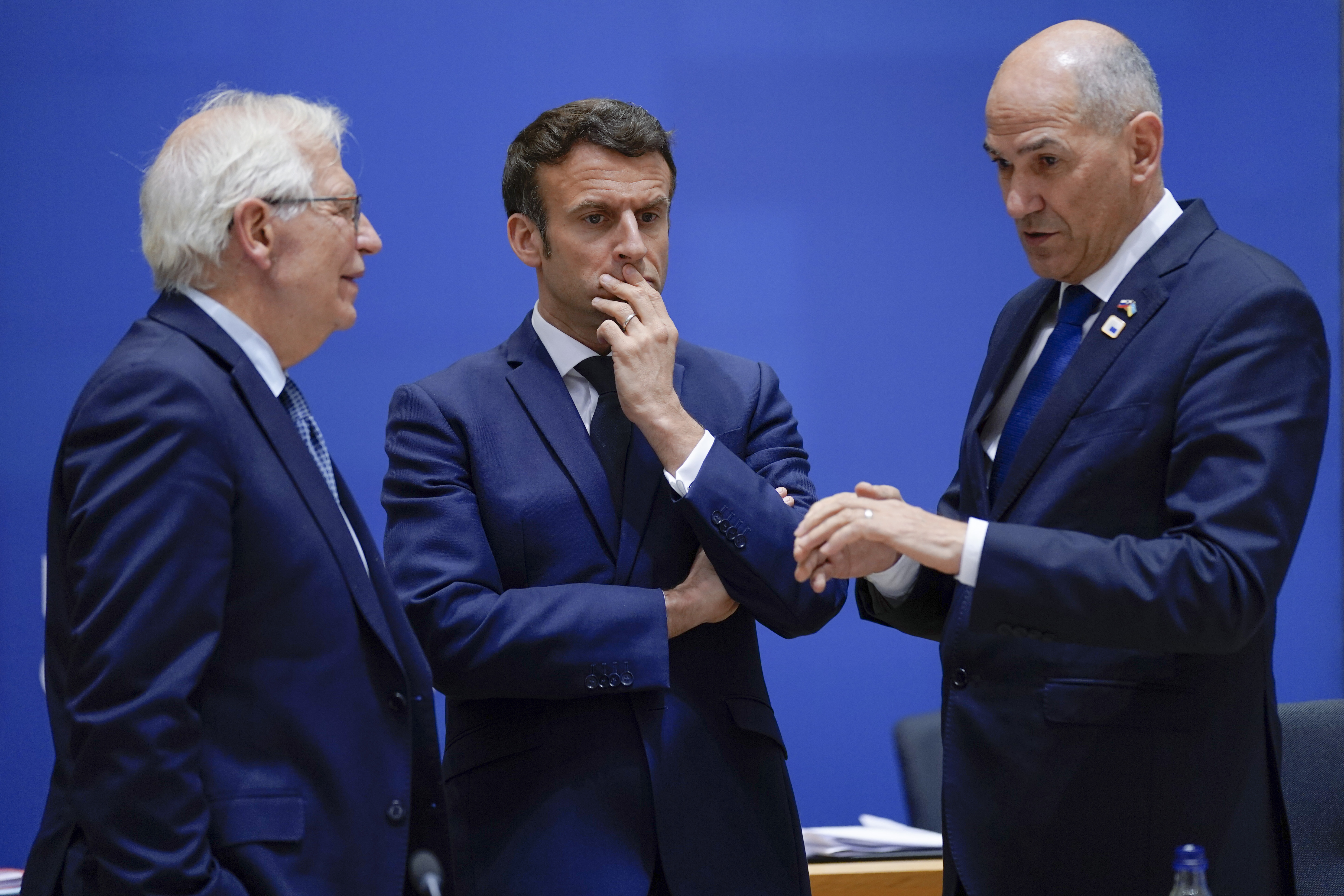 The battle was tough, with boiling moments, a multitude of conflicting interests and a choreography typical of high-flying European summits, including Pedro Sánchez leaving the negotiating room at the moment in which the decisive points on Energy. But the pact of the Twenty-seven arrived. And the success of Spain, a country that, together with Portugal, is recognized for Iberian exception to deal with the impact of electricity prices, marks a turning point in the EU’s energy policy. The Spanish wedge, which has been demanding changes in the system for months, also opens the possibility that the entire European electricity market model will end up being reviewed.

The new course, included in the conclusions drawn up by the community leaders after the European Council held this Thursday and Friday in Brussels, has many fronts: the EU recognizes the “urgency” in the face of a problem aggravated by the war in Ukraine; a list of measures is listed to curb the “contagion effect” of gas in the electricity market; proclaims the need to act “in the short term” and to take into account the “national circumstances” of the Member States; calls on the Commission for proposals to reform the formation of prices in the electricity market and is committed to a common strategy for purchasing gas and fuel storage for the winter.

A couple of entire paragraphs are dedicated to Spain and Portugal –without expressly mentioning them–, in which it is specified that given “the context of very high electricity prices” the Community Executive will “urgently” evaluate the temporary emergency measures notified by the Member States. For its evaluation, “the temporary nature of the measures and the level of electrical interconnectivity with the single electricity market will be taken into account”. This last point is the Iberian specificity: Spain and Portugal have a connectivity that does not reach 3%.

So that there was no room for doubt, the president of the Commission, Ursula von der Leyen, whose role will be central in the next steps, pointed out at the press conference after the summit the “very specific situation” of the Iberian Peninsula. “We agree that there is a special treatment so that it can deal with energy prices.”

Just six months ago all this would have sounded like science fiction. The result is the result of a tug of war between Brussels and Madrid (whose battle has been joined by other capitals, such as Paris, Rome or Athens) that dates back to last summer. Silence has passed to recognition. In September 2021, for example, when von der Leyen delivered his State of the EU address, he did not devote a single sentence of the 59 minutes and 6,500 words of his speech to the energy price crisis: he did not consider it a priority or pressing problem. Brussels then responded evasively to any question or proposal that sounded like intervening in the electricity market.

Spain, however, had been suffering for months in a situation that was beginning to be unsustainable, and demanding measures of all kinds. Several of the proposals that are now on the table, such as joint gas purchases or strategic fuel reserves, bear an unmistakable Spanish stamp. But they were not always viewed favorably.

In October 2021, the Third Vice President of the Government and Minister of Ecological Transition, Teresa Ribera, explained to a group of journalists that it was in the hands of the EU to allow States to adopt “exceptional measures” in the face of an “exceptional situation”. It is the same that had been done with the suspension of community spending rules in the face of serious economic turmoil, she argued. A week later, the Commission responded with a package of “tools” in which it ignored almost all the Spanish requests, although it was open to “studying” the creation of gas reserves and joint purchases and to evaluate, through the Agency for Cooperation of the Energy Regulators, “the advantages and disadvantages” of the system: it was a first wedge.

Shortly after, the Spanish Executive counterattacked with an unofficial document that included a revolutionary-sounding proposal, in which it practically asked for permission to abandon the European electricity price system. Its melody is quite similar to the music of these days in Brussels: “In exceptional situations, Member States should be allowed to adapt the formation of the price of electricity to their specific situations,” the initiative claimed. The European Commissioner for Energy, Kadri Simson, responded by warning of her many problems: “Changing the current model poses a risk to the predictability and competitiveness of the market and to our transition to clean energy,” she replied with the usual Brussels mantra .

After several European Councils, meetings of ministers and communications from the Commission, the political tone seems to have taken an abysmal leap. Only in this last week, the Community Executive has presented a battery assessing different possible “emergency” proposals to cut the contagion of the price of gas in that of energy prices; and the Twenty-seven, unable even to find an energy agreement in previous appointments, have this time launched a strong message in their conclusions.

Community Executive sources admit that the European Council has sent “a clear political signal” in this last appointment. But they also concede that the conclusions drawn up are like “a Christmas tree” or a “mosaic” with many commitments in which each country has managed to place its main requests: Spain, its energy insularity; France, review of the pricing system; Germany, the Nordics and some of the traditional hawks of the free market, to ensure the supply of gas, and the commitment that short-term interventions on the electricity market are carried out in consultation with the relevant actors and without altering the market rules. Everyone seemed to go home with at least a partial victory.

Pedro Sánchez exhaled exultantly at the end of the summit: “Finally, the Iberian exception is recognized.” The German Chancellor, Olaf Scholz, underlined after the meeting the “skepticism” of Berlin towards some proposals, but praised the battle of the Spaniard – “he has successfully defended the interests of his country together with his Portuguese colleague” – and mentioned the ” unity” that came out of the summit, with proposals such as the joint purchase of gas.

The French president, Emmanuel Macron, was very clear in his appearance when he stated that he is not going to allow the price of French electricity to be determined by Russian gas, as is now the case with the marginal price system: “We have given a mandate to the Commission to review this pricing formula”, he said emphatically and after explaining with some graphics the complex marginalist pricing system.

Now it’s up to the Commission to get to work. And they have several fronts: they are going to be intense months for the already very busy team of the General Directorate of Energy. From the Community Executive, it is assured that the countries that choose to implement extraordinary measures, such as Spain (which plans to send them this coming week) will not have it easy: it will be reviewed in detail that their proposals do not distort competition; and not everyone is clear in Brussels that the measures are going to have the desired result. But Spain has at least gotten the chance to jump into the pool with the cover of a European mantle. That’s what he’s been looking for for months. And it will be, in some way, a pioneer in uncharted terrain, perhaps opening a path for others to follow.

The Commission has also received the mandate to contact the “relevant actors” to evaluate the different emergency mechanisms that the Member States can adopt, and must also begin to coordinate the joint purchase of gas: the agreement with the United States announced This Friday of drastically increasing shipments of liquefied natural gas is already a first example of this ability to negotiate in unison, sources from the Commission assert.

In the coming weeks, moreover, the long-awaited report by the Agency for the Cooperation of Energy Regulators will be published, achieved thanks to Spanish pressure, which will propose alternatives to the current energy model. The Community Executive plans to expose in May possible formulas to modify it. “In the end we will have to touch the market”, now recognizes a community source. Something that was not at all clear, quite the contrary, a few months ago.

Max Verstappen: Verstappen dethrones Hamilton and the end of the Mercedes era | Sports

By admin
Recent Posts
Latest News
Facebook Twitter WhatsApp Telegram
Back to top button
Close
Featured Posts
Prohibit the issuance of visas to Russians: a sanction that is not without cost | International
August 11, 2022

Prohibit the issuance of visas to Russians: a sanction that is not without cost | International

Colombia and the ELN officially announce the start of dialogue in Venezuela
October 5, 2022

Rodolfo Hernández, the mirror of Trump in Colombia | Presidential Elections Colombia
May 29, 2022

The judicial viacrucis of the Fujimori 30 years after the self-coup | International
April 6, 2022

The last hell of Kabul: the bridge of drug addicts | International
August 21, 2022

Natalia Zaracho: “If everything doesn’t explode in Argentina, it’s because the social organizations are in the neighborhoods” | International
April 7, 2022

Natalia Zaracho: “If everything doesn’t explode in Argentina, it’s because the social organizations are in the neighborhoods” | International

US announces negotiations for an economic pact with Taiwan in full tension with China | International
August 18, 2022

The Lithuanian blockade of the enclave of Kaliningrad opens a new war front between Russia and the EU | International
June 22, 2022

NATO warns of the risk of a Russian chemical attack against Ukraine | International
March 15, 2022