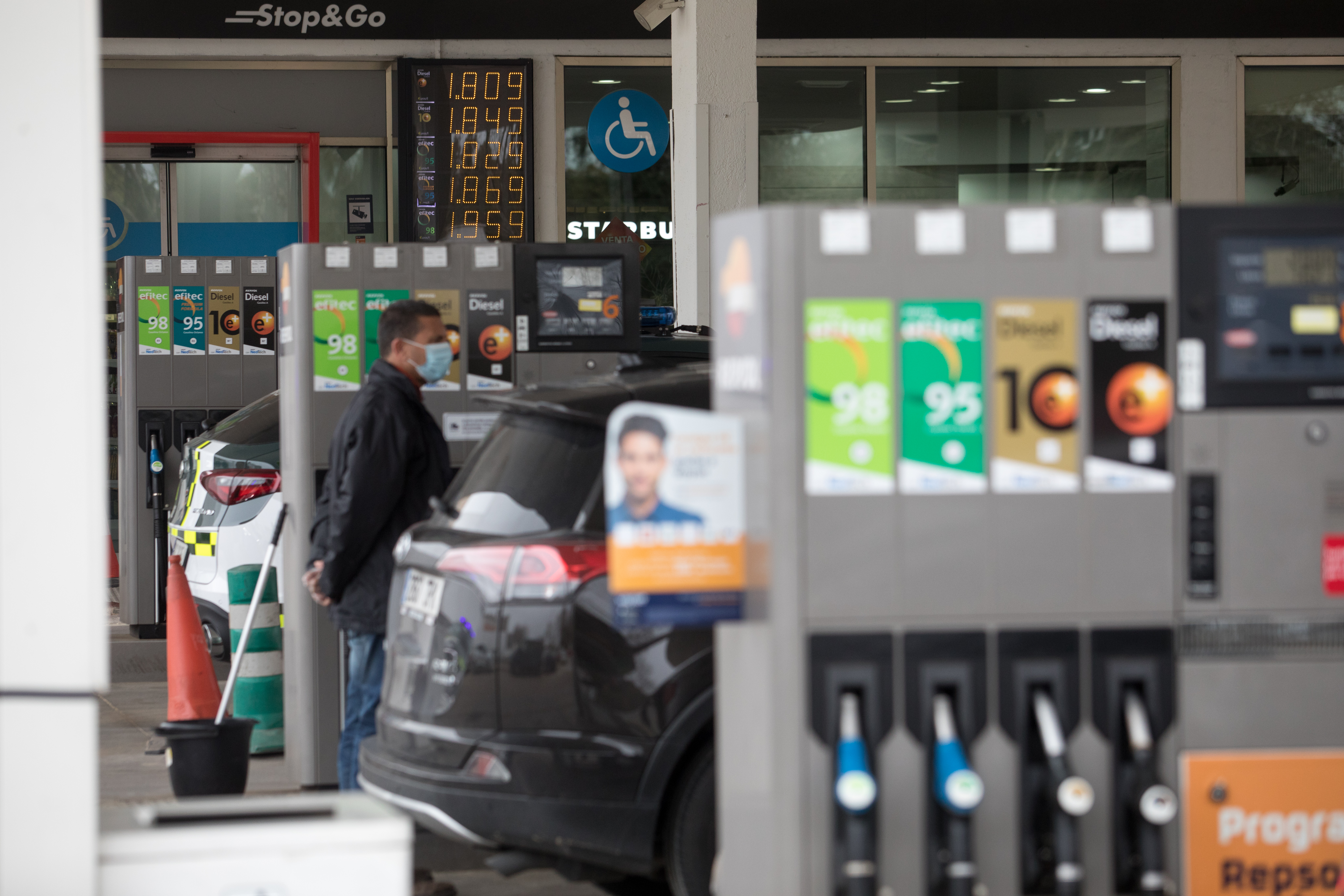 The Government is preparing a plan with strong aid to respond to the energy crisis caused by the war in Ukraine. The proposal was closing until late yesterday. And on the table was extending to all motorists the fuel reduction that has already been announced for carriers. In other words, the bill would drop by 20 cents per liter for all consumers when they replenish at the pump. Of these, 15 would be borne by the State. In addition, the Executive would demand that the oil companies apply an additional reduction of another five cents to add the total discount of 20 cents per liter of fuel.

The discount would be made directly when refueling at the gas station. For carriers, it begins on April 1 and ends in principle on June 30, although the measure could be extended beyond three months if high prices continue. The model follows exactly the one outlined by France, where this initiative begins this April 1 but has been left until July 31. There, the competition and consumption department is in charge of making sure that the discount goes from the wholesaler to the gas station for both individuals and professionals.

The objective of this initiative is to relieve families and reduce inflationary tensions, which since the middle of last year have been strongly driven by energy prices. With the invasion of Ukraine, it is feared that the average inflation for the year could even be placed at 7%. In some months it could reach double digits in year-on-year comparisons.

On Friday, government sources still did not consider how the 15 cents would be financed. As in France, a reduction in the special hydrocarbon tax is ruled out because the Executive would need a permit from the EU to leave it below the European minimum. So it would be done with direct aid, perhaps through a fund. In that case, the oil companies could advance the discount and then the Government would pay it. The cost of this aid reached 600 million during a quarter for carriers. By expanding it to all, the figure rises to 1,300 million euros.

The Executive will also expand the coverage of the social bond to increase the number of beneficiary households. The Ministry of Transition already raised in November the discount it offers on the electricity bill from a band that, depending on the case, ranged from 25% to 40% to another from 60% to 70%. And the budget for the thermal social bond, which is an aid for heating, was doubled to 200 million.

For the third time so far this century, Spain is immersed in economic difficulties. In the financial crisis it was a debt bubble and a construction adjustment that, without the support of the ECB, left public finances on the verge of default. In the pandemic Europe reacted forcefully, but the greater exposure of the productive fabric to services such as tourism and the narrow fiscal margin have weighed. And now, although this crisis takes Spain further away, it has little room for maneuver due to the precarious situation of public accounts and the high dependence on foreign energy.

The limited fiscal capacity, with a debt of 120% of GDP, makes the Government want to calibrate the measures well. If not well designed, these could range from further increasing saving to feeding back into inflation as long as supply problems are not corrected. This time the economic ministries have been slow to open their hands. The set of measures, including those already approved to lower the electricity bill, could have a fairly high amount. The Government has already lowered VAT from 21 to 10%; abolished the tax on production, which was 7%, and left the special tax on electricity at 0.5%, which was 5.11%. In total, these initiatives already represent an annual cost of 9,000 million. If extended until the end of the year, they would cost about 12,000 million since they were approved in the second half of 2021.

But the response plan to the consequences of the war does not stop there. Direct aid for the affected sectors similar to that of covid will also be included. Some 400 million per vehicle have already been announced for transport professionals. They will also go for fishing, which Agriculture is already negotiating, and for the electro-intensive industry, which is being prepared by the ministry. Other affected activities will be added, such as the field. The Treasury is already working on the list of companies that will be able to receive them.

For its part, the Ministry of Labor has proposed limiting dismissal for objective reasons, just as in the pandemic. So you couldn’t be fired for reasons related to covid. So that those dismissals in the end were declared in the courts as inadmissible, which are more expensive with 33 days. In addition, the new sectoral ERTEs may be activated.

In the negotiation of the package there are also measures for rentals, which could be aid. And the measures to lower the electricity bill will be forceful. Transition has on the table capping the price of gas at close to 50 euros in combined cycle plants, so that the electricity bill will be lowered, around 140 euros. The cost of doing that is estimated at about $4 billion at current prices. However, according to government sources, this will be done without public compensation for gas companies. They will be made by distributing the cost among the rest of the technologies. And the liquidation of the aid system for old renewables will be brought forward: now many are entering above the promised return of 7% and would have to return resources. By advancing the moment instead of waiting for the three-year cycle, the State could get about 1,000 million annually to reduce the price of electricity.

The university building with cracks in Küçükçekmece was evacuated

Santander breaks its profit record in nine months, but falls sharply on the stock market | Companies

He took his family hostage with his divorced wife

The cereal fields, the other battle in the Ukraine war | International
March 15, 2022

The cereal fields, the other battle in the Ukraine war | International

Kirchner, to the judges who are investigating her: “This court is a firing squad”
1 week ago

Kirchner, to the judges who are investigating her: “This court is a firing squad”

Ukraine accuses Russia of executing a conductor in Kherson for not collaborating with the occupiers | International
October 17, 2022

Putin raises the tension with a test of a massive nuclear attack | International
October 26, 2022