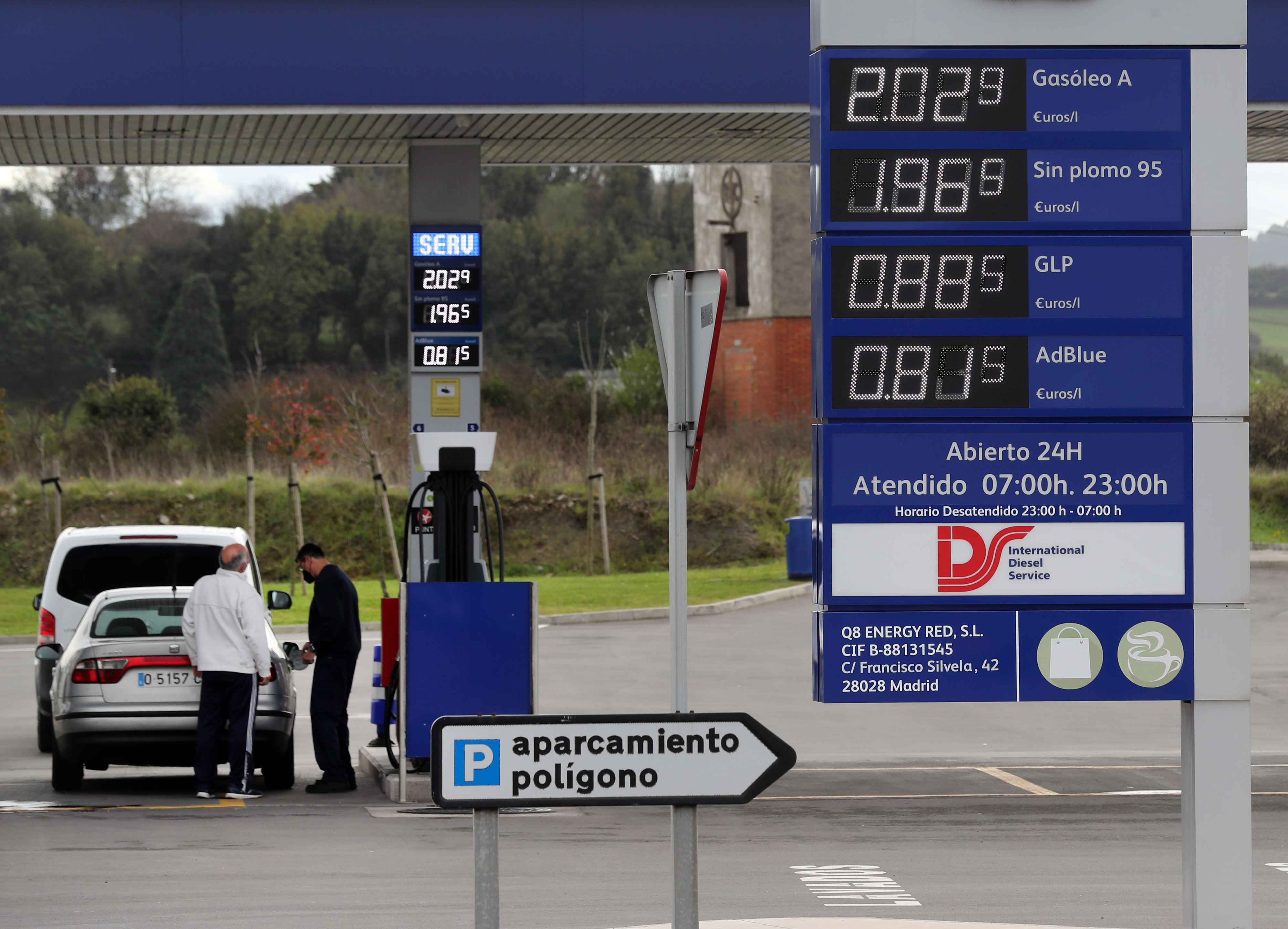 The Government approved on Tuesday a package to respond to the energy crisis caused by the war in Ukraine. Among the measures —the plan contemplates 6,000 million in direct aid, tax reductions and another 10,000 million in ICO credits—, the bonus of 20 cents per liter of fuel for all motorists, whether individuals or professionals, stands out. This discount will begin to apply this Friday, April 1, and will be in force until June 30. Customers will obtain the discount directly at the point of sale and the amount of the operation must be notified in detail on the invoice: the price before the discount and the final price with the discount applied must be included.

The payment of the 20 cents discount is divided between the State, which contributes 15 cents, and the oil companies, with another 5 cents at least. Although there will be the exception of small and medium suppliers, which account for about a third of the market share. In that case, it will be the Government that assumes the full discount. Thus, consumers will obtain at least that bonus of 20 cents in all the suppliers of the territory. Competition and the Tax Agency will be responsible for monitoring compliance with the reduction.

For smaller companies, the fact of advancing the part paid by the State could be a problem as they have less financial muscle and smaller margins. For this reason, the Executive has articulated a mechanism through which they can request in advance the amount of the public injection. Otherwise, the refund of the bonuses made may be requested each month: “[Las empresas] They must submit monthly, in the first 15 calendar days of May, June and July, through the Electronic Headquarters of the State Tax Administration Agency (AEAT) or the corresponding Regional Administration, a request for a refund of the bonuses made in the previous month”, explains the Ministry of Finance in a statement.

These returns will be managed, specifically, with the Customs and Excise Department, with which wholesalers normally settle the special on hydrocarbons, probably through a website dedicated solely to this procedure. The suppliers that opt ​​for the advance payment option —they will have to request it or they will not be paid in advance— will receive 90% of the average monthly volume of what is sold in 2021. And a posteriori will be adjusted with the actual volume you have recorded. Although there are limits to this advance payment, according to the Treasury: “It may not exceed two million euros or less than 1,000 euros.” In other words, if any of the larger companies claim this advance, they will probably not receive that 90%, since it would exceed the two million euros that is set as a ceiling.

In the case of the large oil companies, which the decree defines as those with an annual turnover of more than 750 million euros, they will have to contribute at least five cents of the reduction without exception. In fact, the Government was going to force them to disburse a patrimonial benefit for that amount if they did not assume the discount, although in the end it has not been necessary. The largest firms in the country have already agreed to offer a bonus, so the Executive will not have to demand that payment. “Operators who undertake to make an unequivocal discount on the sales of the products referred to in the standard to final consumers will not be obliged to satisfy this benefit,” the Executive emphasizes. In other words, as the offers they market are higher than five cents, the oil companies will be exempt from this obligation.

The suppliers that do not reach that threshold of 750 million invoicing – a third of the market share, according to Treasury sources – will not have to contribute part of the discount. Even so, the final consumer will receive the same discount at the point of sale: “In the event that there is no discount by the operator, the public discount will be 0.20 euros per liter or kilogram of product”, confirm sources of Tax authorities. The budgetary impact of the measure as a whole will be 1,423 million euros, according to the calculations of the Executive.

Compatibility with other aids

This discount is compatible with partial refunds of the Tax on Hydrocarbons for the consumption of professional diesel. They may also be added to the direct aid that transport professionals will receive due to the rise in fuel prices.

The discounted products with this reduction are gasoline, diesel A and B, diesel for maritime use, liquefied petroleum gases for vehicle propulsion, liquefied compressed natural gas for vehicles, liquefied natural gas, bioethanol, biodiesel, as well as blends of gasoline with bioethanol or diesel with biodiesel that require specific labeling, and the additive AdBlue.

On which computers can the CoD MW2 game be played? What are the system requirements for Modern Warfare II, the new adventure of Call of Duty?

LAST MINUTE | US President Biden: I’m ready to speak if Putin gets on the road to ending the war

He killed his aunt, whom he was arguing with, with a rifle.

Have AUZEF exam results been announced?

Neymar asks for the vote for Bolsonaro in a video three days before the Brazilian elections | International
September 30, 2022

Kramatorsk becomes a ghost town after the station massacre | International

Putin exhibits his harmony with Erdogan in the second meeting between the two in less than a month | International
August 5, 2022

In Israel, one more citizen; in Argentina, charged in a case for crimes against humanity | International
2 weeks ago

In Israel, one more citizen; in Argentina, charged in a case for crimes against humanity | International

An eight-year-old migrant girl drowns in the Rio Grande
August 24, 2022

The floods in the Brazilian state of Amazonas, in pictures
May 24, 2022

The floods in the Brazilian state of Amazonas, in pictures