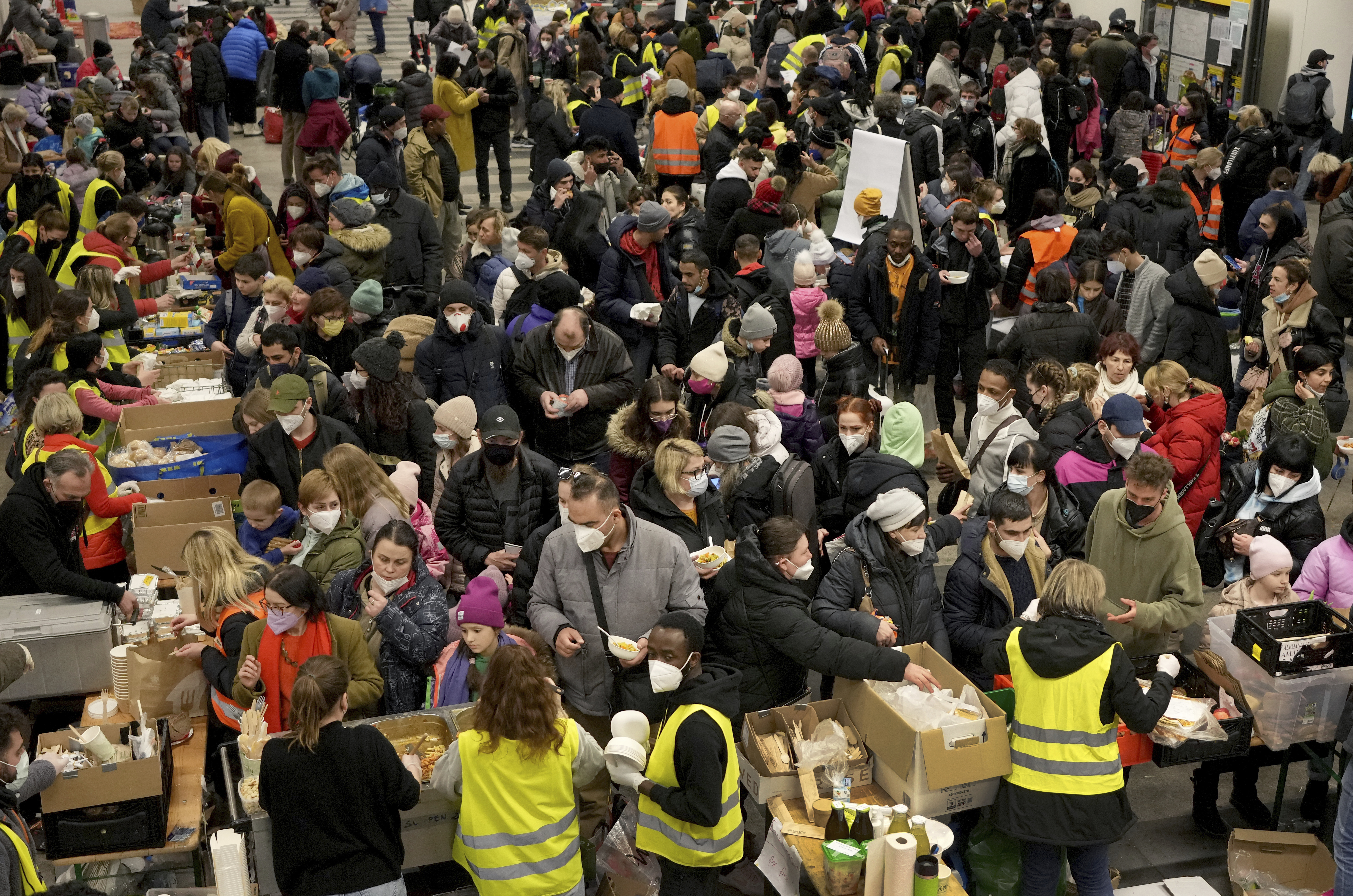 The number of Ukrainian refugees from the Russian invasion now exceeds four million, the United Nations agency in charge of refugees, UNHCR, announced on Wednesday. It is a symbolic figure because it is the horizon to which the UNHCR itself pointed in the first days of the war to warn of the dimensions that the exodus could reach. Then it was only the fastest growing since the end of World War II, since the breakup wars in Yugoslavia and the Kosovo crisis caused at least 2.2 million refugees in the 1990s.

4 million have fled Ukraine
~ 6.5 million are displaced inside the country
~13 million are estimated to be stranded in affected areas or unable to leave

We are confronted with the realities of a massive humanitarian crisis that is growing by the second. pic.twitter.com/ZTBj1ldrql

The four million is also sadly symbolic because it means that about 10% of Ukraine’s pre-war inhabitants (about 44 million) are no longer in the country. In addition to the four million refugees, there are 6.5 million displaced people, sheltered mainly in the less affected western part of the country, so, altogether, almost one in four Ukrainians has had to leave their home.

The UN also calculates that there are more than 13 million people trapped in conflict zones or unable to leave, for reasons such as the risk to their safety, the destruction of bridges and roads, or doubts about their ability to eat or stay. before crossing the border. “The scale of human suffering and forced displacement far exceeds the worst planned scenario,” said António Vitorino, director general of the International Organization for Migration (IOM), on Wednesday.

Although it has not been formally announced as such, the Ukrainian crisis is already the biggest in the last 75 years of the continent’s history. “It is safe to say that, by the combination of magnitude and speed, there has not been one of its kind in Europe since World War II. […] To our knowledge, none as big or as fast,” says UNHCR spokesman Matt Saltmarsh by phone. In the second week of the Russian invasion, the head of European diplomacy, Josep Borrell, predicted up to five million refugees. Today, the EU speaks of up to eight or ten million if the conflict continues for months.

The only precedent greater in absolute numbers on the continent is the massive expulsion of ethnic Germans, mainly in the then USSR, Poland and Czechoslovakia, after the capitulation of Nazi Germany in May 1945. There is no definitive calculation, but historians They estimate a range of 10 to 15 million people and consider it the worst wave of refugees that the conflict left, despite happening after its end. Acnur was born in 1950 precisely to help refugees in Europe for a period of three years that has ended up lasting 72.

The Ukrainian exodus is still smaller in percentage terms than that of the also European and much smaller Bosnia. The war in the Balkan country (1992-1995) turned almost half of its then four million inhabitants into refugees or displaced persons. Ukraine also remains below, in absolute terms, the great historical waves of refugees in other parts of the world, such as those that generated the partition of India and the subsequent creation of Bangladesh; Afghanistan, first with the Soviet invasion, then with the civil wars and later with the first Taliban regime; or, without going any further in time, the war in Syria that began in 2011. The Venezuelan exodus presents numbers similar to the Syrian case, around six million people, but not all are considered refugees. In any case, they are examples of years, while the war in Ukraine barely accumulates five weeks.

At border posts, train and bus stations and refugee reception centers in Poland, it is noticeable that the rate of departures from Ukraine has dropped markedly. The once crowded pavilions, halls of transportation arteries and endless traffic jams at road access have given way to a constant but less massive hustle and bustle, which in many cases spread to other parts of the European Union, mainly Germany, which has registered some 270,000 refugees. Austria and Lithuania, with 35,000; France, with 30,000; and Spain, with around 25,000, are other main destination countries.

Portugal is facing a wave of fires that have already affected 2,500 hectares | International

Check Also
Close
Vacancy: The Peruvian military turned its back on Castillo | International
17 mins ago

The Summit of the Americas promotes an agreement to facilitate the return of irregular immigrants | International
June 10, 2022

Xi Jinping is heading towards a new era in power | International
October 16, 2022

Xi Jinping is heading towards a new era in power | International

Kiril Petkov: The Government of Bulgaria falls after only six months in power after losing a motion of no confidence | International
June 23, 2022

Kiril Petkov: The Government of Bulgaria falls after only six months in power after losing a motion of no confidence | International

The G7 agrees to reduce energy dependence on Russia and imposes new sanctions | International
May 8, 2022

Orbán agrees to agree with Brussels on anti-corruption measures forced by the precariousness of his public accounts | International
September 21, 2022