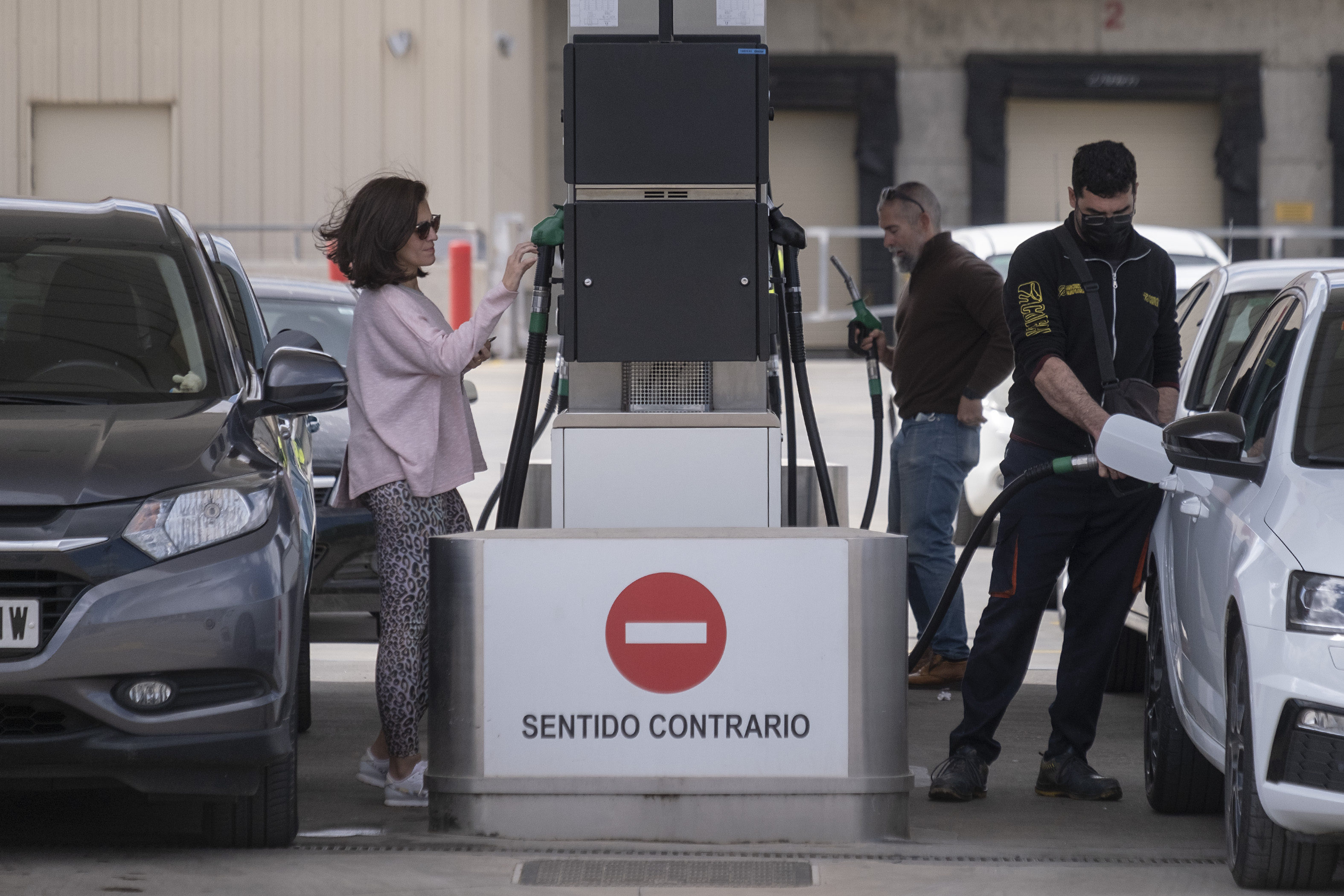 Diesel is already more expensive than gasoline, a phenomenon that Spain had only experienced during some episodes of the Great Recession. From the last time more than a decade ago, in December 2011, and with much more affordable prices. Because never before had so much been paid for diesel, which this week reaches an average amount in Spain of 1,837 euros per liter, including taxes, according to the Oil Bulletin of the European Union published this Thursday. This means that a liter of fuel is 2.2% more expensive compared to last week and is 1% above the average of two weeks ago, which hitherto marked the historical maximum with 1,817 euros. Gasoline is also more expensive than last week, but its rise is much more moderate, 0.3%, and it is paid on average at 1,818 euros per liter, still below the record reached two weeks ago (1,845 euros per liter ).

The tensions in the international markets continue to affect fuel prices. The barrel brent, the reference crude oil in Europe, continues at historically high levels and this pushes up gasoline and diesel prices. The latter is bearing the brunt of the current shortage episode. Fuel prices began to rise on December 20 and since then they have only eased once: last week, with slight drops. But the new rises prove that it was a mirage. Since the penultimate week of December, diesel is 37% more expensive. Although the increase in gasoline in the same period is also considerable: 23%.

Experts believe that prices will remain high, with slight fluctuations from one week to another. In other words, they no longer climb at the rate they did in late February and early March, when the Russian invasion of Ukraine brought the barrel of oil close to its all-time high, but a significant drop is not expected either. It also weighs on diesel, explains OBS Business School professor Víctor Ruiz Ezpeleta, that “supply has decreased and demand is being maintained.” The mismatch is greater than in gasoline, which explains this difference.

If the current average prices are transferred to what it means to fill a medium-sized tank (55 liters), refueling with gasoline would cost 100 euros, just 26 cents more than seven days ago. Doing it with diesel costs 101 euros, 2.2 euros more than last week. However, after the approval of the royal decree-law of special measures for the war conflict, this Friday the discount of 20 cents for each liter of fuel that the Government has established comes into force. This will be applied to the invoice at the time of payment and, for a deposit of these dimensions, it implies paying 11 euros less. Even so, going to the gas station will continue to be more expensive than at the end of December: then filling a tank of gasoline was 18.8 euros cheaper than now (7.8 euros if the discount of 20 cents per liter is taken into account) and, in the case of diesel, 27.1 euros (16.1 euros, if the 11 euros of aid are subtracted).

In the European context, average Spanish prices remain below both the community average (1,924 euros per liter for gasoline and 1,962 euros for diesel, which is more expensive) and the average for the euro zone (2,007 euros for gasoline and 2,014 euros for diesel oil). In both cases, gasoline is a little cheaper than the previous week and diesel more expensive. In 12 community countries, gasoline exceeds the prices of Spain, with the Netherlands (2,331 euros per liter). The cheapest is paid in Hungary (1,283 euros). As for diesel, it exceeds the Spanish average in 15 countries. Sweden is the country with the most expensive diesel (2,515 euros) and Malta (1,210 euros), the cheapest.

Inflation moderates in October due to the drop in electricity, although food does not slacken on its rise | Economy

The proposal, which includes support to cemevis and mine accident relatives, was accepted in the Turkish Grand National Assembly.

By admin
Recent Posts
Latest News
Facebook Twitter WhatsApp Telegram
Back to top button
Close
Featured Posts
A judge sentences a woman who suffered a miscarriage in El Salvador to 30 years in prison | International
May 10, 2022

The FBI found a confidential document about another country’s nuclear weapons at Trump’s house in Florida | International
September 7, 2022

International rejection of the attack against Cristina Kirchner in Buenos Aires
September 2, 2022

Elections in Colombia: The Decline of the Democratic Center, the Attrition of Álvaro Uribe | International
March 21, 2022

Elections in Colombia: The Decline of the Democratic Center, the Attrition of Álvaro Uribe | International

Pedro Castillo takes stock without self-criticism of a year of government in Peru | International
July 29, 2022

Emmett Till: US Congress makes history and makes lynching a federal crime | International

United States election results: A generation Z congressman, a lesbian governor and other winners who have made history | US Elections
3 weeks ago

United States election results: A generation Z congressman, a lesbian governor and other winners who have made history | US Elections