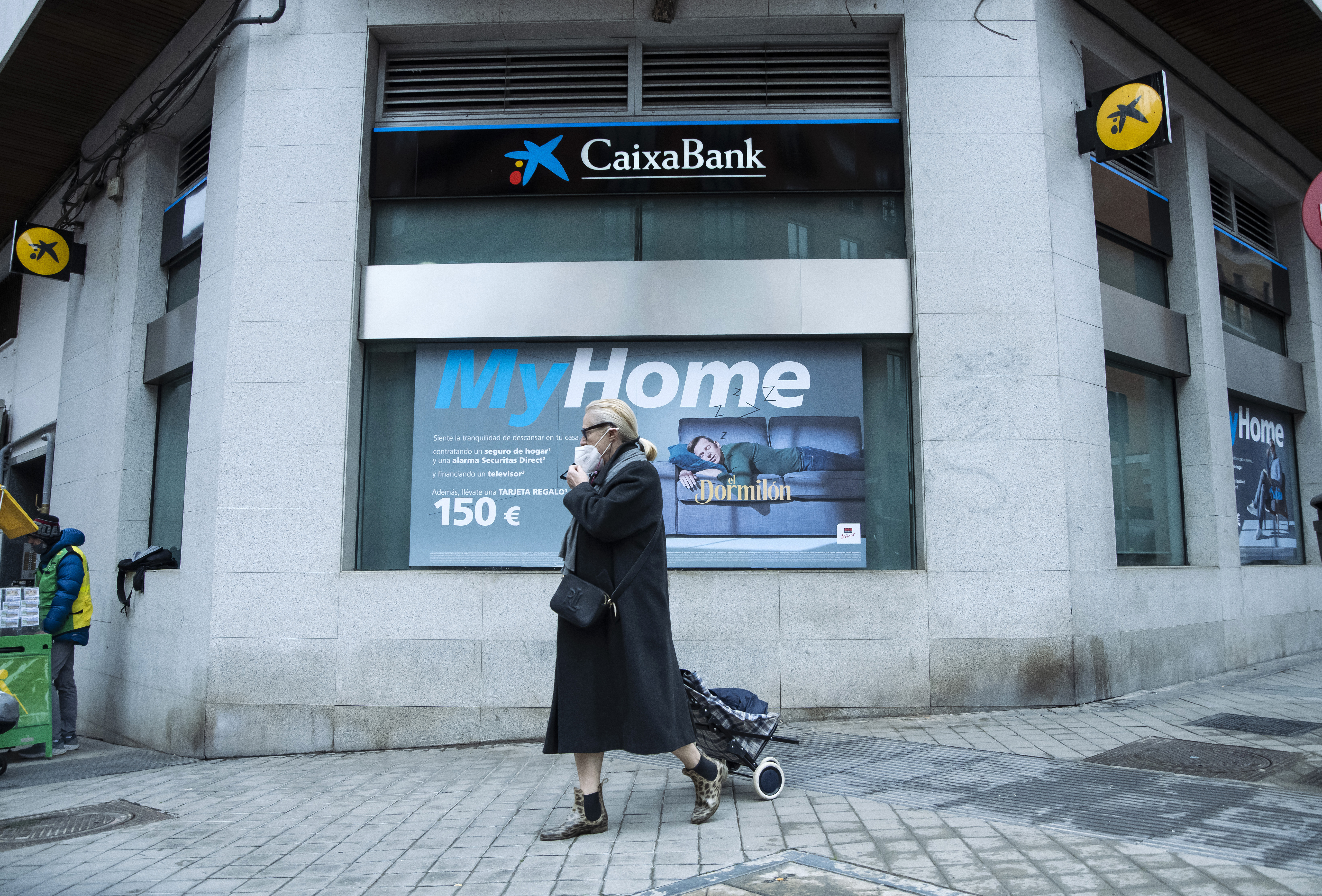 Many investors will be watching with a frightened face the spectacle of the financial markets that are now moving due to the impact of oil prices and the evolution of the Russian invasion of Ukraine. What to do, for example, with my investment funds? A question that a million Spanish investors in funds do not ask themselves, since they chose to leave this decision in the hands of their bank or fintech through the discretionary management formula of their portfolios.

At the end of 2021, this management accumulated a volume of 105,337 million euros, which represents a third of all the investment fund assets that move in Spain, which rose to 316,084 million. In other words, more and more savers prefer their bank to be the one to move their funds, after choosing a risk profile between the conservative one —made up of portfolios of fixed-income funds— or the more aggressive one, which is configured with stock funds. , raw materials, foreign exchange… In total, the management mandates exceed one million, almost all of which correspond to retail clients.

Under this scheme, each bank or fintech creates a varied number of fund portfolios that it baptizes with various names according to the risk and profile of the investor. Two large groups could be defined beforehand according to how these fund portfolios are managed: those in which a group of managers decides which funds to buy or sell at any given time, or those in which this decision remains in the hands of the so-called robo advisors (sophisticated investment algorithms). Although as Unai Ansejo, CEO of Indexa, points out, the largest robo advisor by equity (1,351 million euros), “the definition of the portfolios is carried out by an advisory committee of experts, configuring them according to the different types of risk. Then the deployment and readjustment is automated.” The profitability of the 10 Indexa portfolios moved between 2.8% of the lowest to 20.2% of the most advantageous.

By far, Caixabank is at the forefront of this form of management with 45,385 million euros in its portfolios, almost half of the sector as a whole. During 2021 the returns of the portfolios have fluctuated depending on each range and risk profile: the gain in 2021 of the Master portfolios has fluctuated between 2.7% and 14.1% and the Smart Money between 2.6 % and 20.2%. At Caixabank they see portfolio management as the best option for clients and managers in times of high market volatility such as the current one. “It is essential to have the delegated management of a professional and a proactive investment in the portfolio, which moves at all times based on market prospects and is diversified,” they explain.

The saver can opt for his portfolio to be made up of index funds (they evolve according to the indices of the stock markets, fixed income, raw materials, etc.) or with active funds —managed by analysts—, in different classes of assets, or by a mixture of both, at the discretion of your bank. The normal thing is that the indexed management is cheaper for the saver than that carried out by experts.

Luis Ussia, CEO of Mutuactivos —whose portfolios yielded last year between 1.8% and 12.35% between the most conservative and the most dynamic—, points out that “discretionary management portfolios have become one of the our star services. One of the keys to success lies in the efficient, diversified, dynamic and quality management they offer. Another differential point is that the portfolios have 50% funds from other managers other than ours”.

Also from the fund manager of Banco Santander —it moves 14,712 million euros under this formula— they explain other advantages of this form of investment that has become popular among individuals for only four years: “The good tax treatment of investment funds, since you do not pay taxes until the sale of the portfolio”.

Antonio Saiz Eslava, director of Banco Sabadell’s retail savings offer, underlines the extensive and detailed information that the client receives about the portfolio, and also that, in many cases, “this type of investment is only accessible from certain volumes minimums that a retail investor could not reach”. 2021 was also a good year for its clients, with returns from 2.97% for those with a 10% percentage invested in Stock Exchange funds to 24.3% for those who took the risk of choosing the portfolio with 90% of stock funds.

But these improvements in diversification, access to sophisticated markets or delegation of money to experts or a robot also require the saver’s attention to achieve a good return that is often linked to a low cost and that the manager looks for the best funds. and not just their own.

In a recent work by the OCU, the less positive aspects of this investment formula are highlighted, such as, according to the experts of this organization, a high cost or the use of funds from the management company itself “where they channel investments through funds of the bank itself created to provide coverage for this service”. That is, the so-called portfolio classes that, however, have lower commissions than if they are acquired directly. Last year, according to Inverco, which declined to participate in the report, the use of funds in portfolio management was abounded. In 2020, for every 100 euros invested, 65 euros went to the house funds, and in 2021 the figure has risen to 73 euros.

Also from the CNMV they remember that this discretionary portfolio management has a cost independent of the intrinsic cost of the funds themselves. And here, the differences are very noticeable. In general, portfolios managed by algorithms are cheaper, compared to those in which the choice is made by analysts. Among the automated ones, the portfolio commission of the firm MyInvestor stands out as the cheapest, with 0.30% per year (between management and depository) on the managed capital. 0.45% or 0.6% are usually the most common in this type of management. As for those that are carried out actively, annual commissions rise to exceed 1% in some cases, as in Santander, as reflected by the OCU in its study. But these also fluctuate depending on the balance of the portfolio. For example, Indexa charges 0.6%, which drops to 0.43% when the balance exceeds 100,000 euros, or Openbank charges 1.02% for balances below 20,000 euros, which drops to 0.42% when the saver has more than one million euros under this formula.

Within portfolio management, it is common to charge a success fee that ranges between 9% and 10% and that is applied only to the profits obtained. Therefore, when there are no returns, the manager does not receive any commission, except for the annual management fee and the fee corresponding to the depository. This formula of additional payment for success is very occasional in investment funds.
The CEO of Indexa, Unai Ansejo, explains that these commissions “increase the risk of the portfolios”. And he also points out that they can charge multiple times for the profits. “If one year you win, the next you lose, and the next you win again with your portfolio, they are charging you twice for the alleged success of the portfolio,” he explains. From there arises the concept of Watermark, which serves to prevent an investor from paying twice for the same return by establishing that the commission on return can only be applied when the fund is above a previously reached level.

By admin
Recent Posts
Latest News
Facebook Twitter WhatsApp Telegram
Back to top button
Close
Featured Posts
United States still without a list of attendees to the Summit of the Americas with one week to go | International
June 1, 2022

Obiang obtains 99.7% of the votes in the elections in Equatorial Guinea amid complaints of “massive fraud” | International
2 weeks ago

Obiang obtains 99.7% of the votes in the elections in Equatorial Guinea amid complaints of “massive fraud” | International

Scholz, in his speech to the Germans on May 8: “I am convinced that Putin will not win the war” | International
May 8, 2022

One of the leaders of the ultra group Proud Boys pleads guilty to conspiracy to storm the Capitol | International
April 9, 2022

Patriarch Kirill and the ‘butchers’ of Bucha and Mariupol, among the new names on the EU blacklist | International
May 5, 2022

Patriarch Kirill and the ‘butchers’ of Bucha and Mariupol, among the new names on the EU blacklist | International

Chile votes divided the destiny of the new Constitution
September 4, 2022