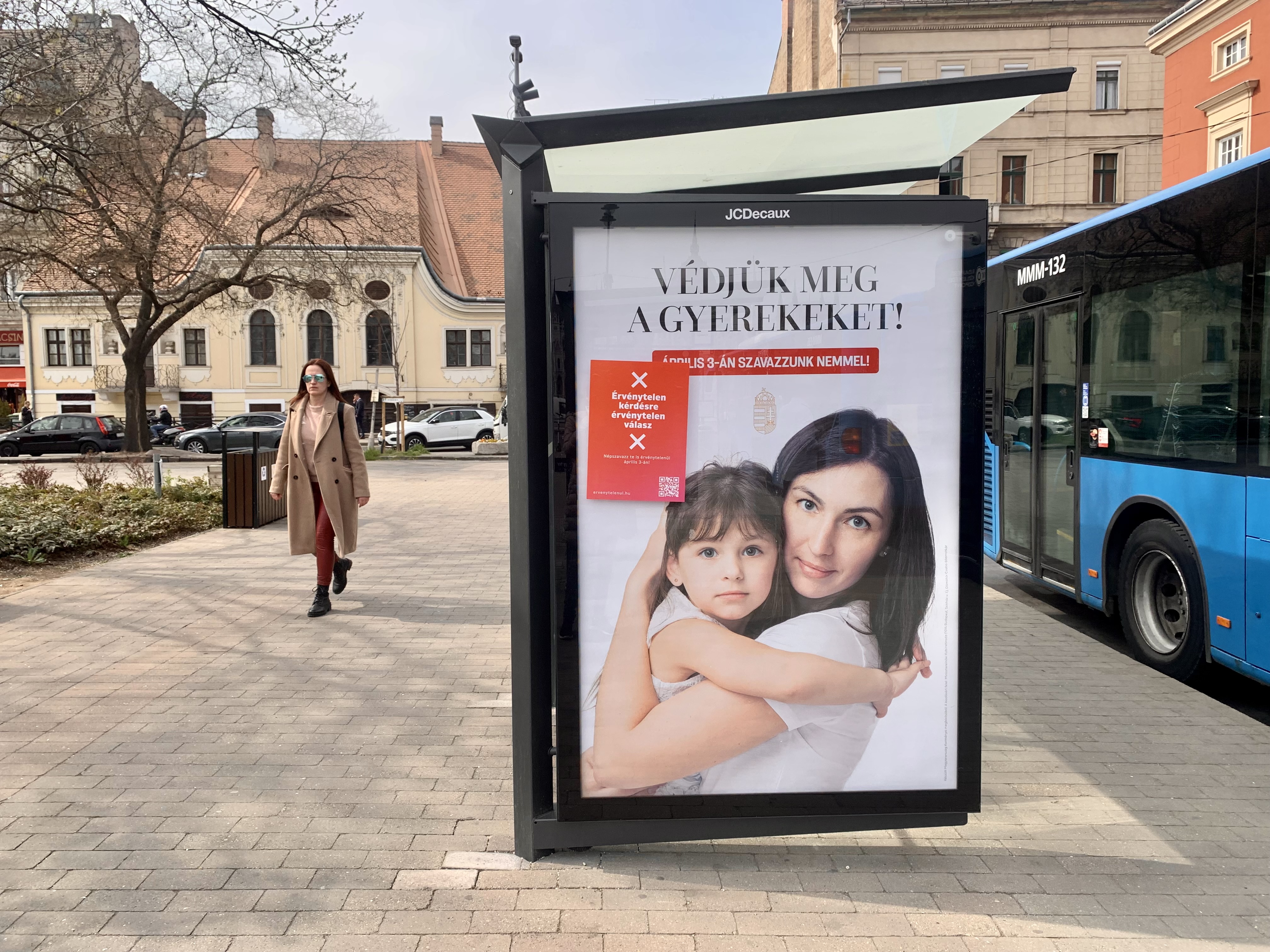 The only thing that went wrong this election Sunday for the ultra-conservative populist Viktor Orbán — who achieved his fourth consecutive supermajority and the fifth term of his career — was the referendum with which he tried to legitimize his homophobic law. The rule approved last summer prohibits talking about homosexuality in schools and limits such content in the media. Orbán intended to show the support of his voters before Brussels, which opened an infringement procedure for legislation that he considers discriminatory against the LGTBI community.

The query posed four questions to voters, such as: “Do you support the promotion of sex reassignment treatments for minors?” and “Do you support the unrestricted exposure in the media of sexual content that may affect the development of children?”. Háttér Society, the largest organization for the defense of the rights of the LGTBI community in Hungary, coordinated with other entities a campaign to promote null voting, crossing out yes and no on the ballots at the same time. It worked: the query failed because has not achieved the minimum of 50% of valid votes among those issued —there were 44% correct ballots and another 20% invalid, according to the National Electoral Office, reported Efe—.

Luca Dudits, from Háttér Society, in a conversation two days before the referendum, assured that Hungary is not homophobic, according to several surveys carried out after the approval of the law last summer. 70% support same-sex marriage and adoption by these couples and 90% agree that children receive information according to their age about sexuality and gender, according to those surveys.

Therefore, Dudits explained, the government’s approach was to “protect children from depravity.” The message has penetrated, through pro-government propaganda machinery, among Orbán’s ultra-conservative and Christian voter bases. Retired Maria Szabo, 72, declared herself against, after voting in Budapest, “confusing the sexes and instilling in children this gender thing.” “Inside their houses, these perverts can do what they want, but leave others alone, and above all, children,” she added.

Behind Szabo’s words resounded those of Orbán, who has repeated ad nauseam that “gender madness” must be stopped. The most repeated slogan by the prime minister during the referendum campaign has been: “Mothers are women, fathers are men, our children must be calm and our families must be protected”.

Although the referendum did not go ahead and the law had aspects that were difficult to apply, according to Dudits, the damage has already been done. The number of attacks and cases of harassment of people in the group have increased since the summer. When the government promotes this type of law and this narrative, “hate crimes and violence against social minorities increase,” says the activist. In many cases, the aggressors repeated: “This can be seen by my children.”

After Orbán’s campaigns against migrants and asylum seekers; against NGOs financed with foreign capital; against millionaire philanthropist George Soros; and against the homeless, the LGTBI collective has become the new enemy designated by the State. “They need a scapegoat. It works for them to gain political momentum, to put themselves in the role of protector and to show themselves as defenders of the nation, the family and Christian values,” Dudits denounces.

The Organization for Cooperation and Security in Europe, which sent more than 300 international delegates to observe the elections this Sunday, said on Monday that “the legal framework of the referendum held on the same day as the elections was largely inadequate for a democratic process and did not offer equal opportunities for referendum campaigns.”

Check Also
Close
The Venezuelan government and the opposition agree to unfreeze between 3,000 and 5,000 million state funds abroad
36 mins ago

Emmett Till: US Congress makes history and makes lynching a federal crime | International

Video | The death of Mahsa Amini: This is how Iran has evolved under Ayatollah Khamenei | Videos
October 25, 2022

Video | The death of Mahsa Amini: This is how Iran has evolved under Ayatollah Khamenei | Videos

Taiwan accuses China of simulating an attack on the island | International
August 6, 2022

Taiwan accuses China of simulating an attack on the island | International

Coronavírus: Pfizer announces that its third dose is effective against a micron after a preliminary study | Science
March 9, 2022

Coronavírus: Pfizer announces that its third dose is effective against a micron after a preliminary study | Science

Summit of the Americas: Brian Nichols: “We don’t think it’s convenient to include countries that don’t respect democracy” | International
May 12, 2022

Summit of the Americas: Brian Nichols: “We don’t think it’s convenient to include countries that don’t respect democracy” | International

The mayor of kyiv: “When the last Russian soldier leaves the Ukrainian territory, we will be ready to talk about a solution” | International
2 weeks ago

The mayor of kyiv: “When the last Russian soldier leaves the Ukrainian territory, we will be ready to talk about a solution” | International

The emotional speech of the Chilean constituent Loreto Vidal: “My mother lost her life in a septic abortion” | International
March 16, 2022

The emotional speech of the Chilean constituent Loreto Vidal: “My mother lost her life in a septic abortion” | International

The West prepares for a winter of war and political tension | International
October 23, 2022