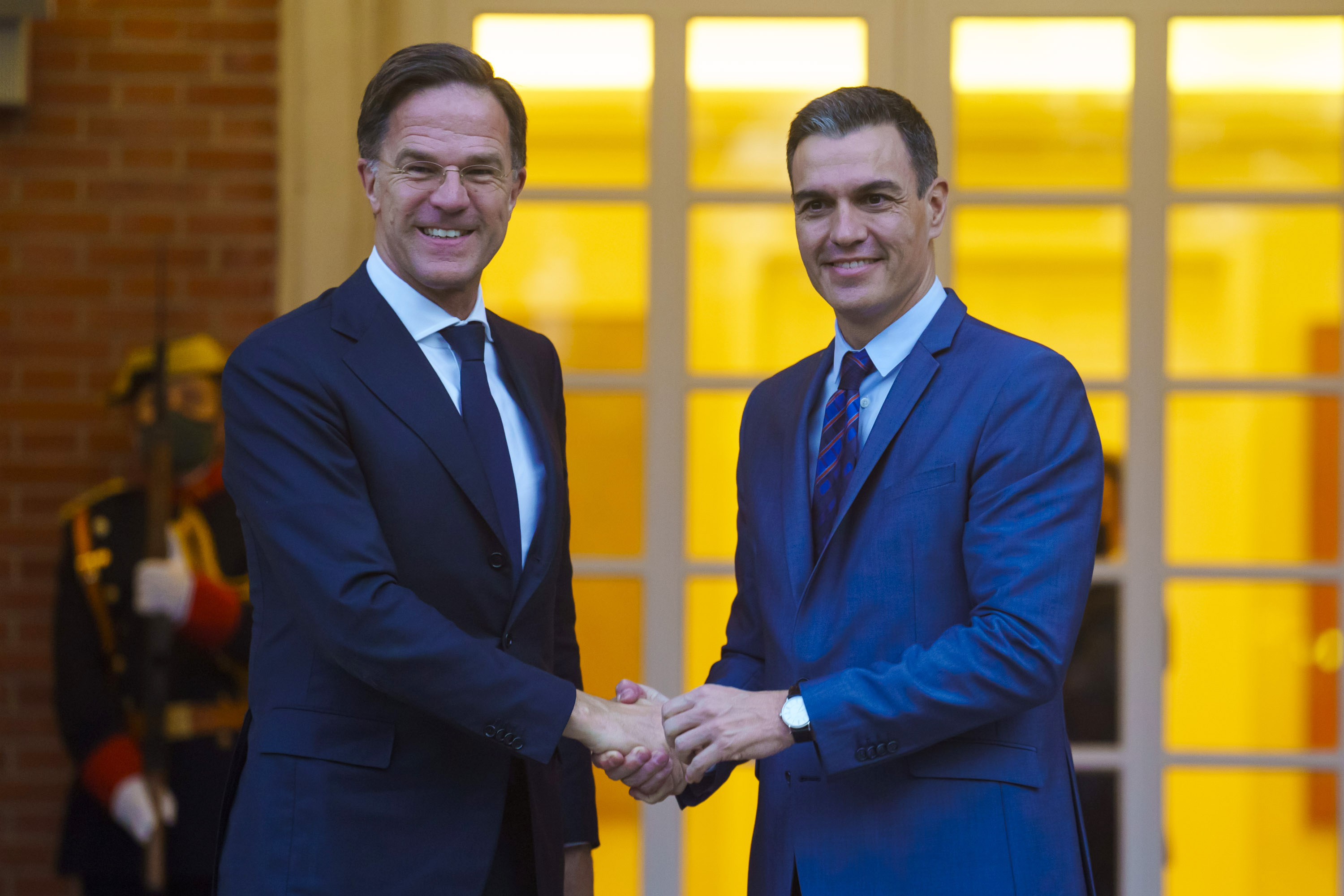 The economic consequences of the biggest security crisis that the Old Continent has been going through since the Second World War make it necessary to close the old gaps within the EU. Also the line between North and South that the financial crisis of 2008 drew with a thick point. Spain and the Netherlands, two old antagonists in the economic field, come together to request a reform of the fiscal rules that commits the partners to “create buffers taxes” to reduce their debt, but through medium-term strategies adapted to each country, according to a draft of the document that both governments will present at the Eurogroup this Monday to which EL PAÍS has had access. The key instrument, according to the text, must be a spending rule that makes the rules “more understandable, easier to apply and more countercyclical.”

The European Commission took advantage of an informal meeting of finance ministers in Helsinki, in September 2019, to test them on a possible reform of fiscal rules. Vice President Valdis Dombrovskis left the conclave with the conviction that there was only consensus on one point: no one likes the current rules. Enough. Brussels watched with concern how the North asked for a stronger hand and the South for more flexibility. And I did not see the formula to bring both positions closer.

The EU of 2022 is another. It reflects the non-paper from Spain and the Netherlands. “Europe is experiencing unprecedented times with serious consequences for inflation, economic growth and public finances, including future investment needs. That deserves our full attention”, reads the text, which starts by evoking the spirit of agreement that the pandemic imposed.

The Netherlands, led by the Liberals, and Spain, with a left-wing coalition at the helm, embody two different, and historically antagonistic, visions of the EU’s fiscal and financial policy. Disagreements between the two partners have been frequent in the Eurogroup, where the former have been acting as heads of the northern EU countries, staunch and inflexible defenders of fiscal discipline. Spain, traditionally aligned with France or Italy, has long advocated greater fiscal integration with a community budget or unemployment insurance. But the North has never compromised, has never trusted what they see as the South’s broad hand with spending. Misgivings have even translated into outbursts and the occasional offense, with Dutch ministers publicly accusing the southern countries of extravagants. For all this, the conciliation of these two poles opens up a common space in a debate as crucial as that of fiscal rules based on mutual concessions. And from there the pact no longer seems impossible.

The document admits the current high levels of debt —almost 100% in the EU as a whole, reaching 120% in Spain and 150% in Italy— and the need for the rules to pursue the “fiscal sustainability of a more effective and efficient way. The two executives, however, focus on the “medium term” and not immediately. And there come the necessary transfers that draw the space of the agreement. The text maintains that, given the current indebtedness, “Member States should credibly commit to creating fiscal buffers in order to be prepared for the next shock”, in line with what The Hague has been defending. The seal of Madrid is on the excuse me: the text defends that it should be done through “country-specific consolidation strategies that are realistic, gradual but ambitious”. And he adds that they must be “compatible with growth” and “job creation”.

The two countries propose two basic instruments to achieve the objectives. The first, the creation of national plans that contemplate “the appropriate circumstances of each country”. And the second, a “simple” spending rule that replaces the gibberish that the community fiscal framework has become and that is combined with “well-defined escape clauses for extraordinary events outside the control of governments.”

Ultimately, they add, “the system must have clear guarantees to ensure that the Commission and the Council take the necessary measures to enforce the rules.” This formula would come to satisfy the control demands of the hawks, who distrust the Community Executive since it agreed with the Italy of Salvini and Conte deficit targets that were outside the rules. And it would also please France, Spain or Italy, which could resort to flexibility in the event of another major crisis.

Spain will now circulate the document to other capitals to join the proposal. Madrid, which aligned itself with Portugal or Belgium in the electricity debate or with Denmark for green energies, has avoided joining the Franco-Italian alliance to create a south axis in the fiscal debate and has chosen to join forces with the Netherlands, which is also suffering the effects of the war in the form of runaway inflation of 11.9%, to put on the table a document capable of forging a majority. And both countries give, at the same time, an indication to Brussels on which direction to follow for a proposal that is digestible in all the cardinal points of the Union.

Spain and the Netherlands – whose heads of government met last week – already signed a document in March 2021 to heat up the debate on how to accelerate the EU’s “strategic autonomy”. The current text is, in part, a continuation of that one, since it indicates that Europe will need to invest more in order to make progress in the two key transitions: green and digital. The green transition will also be crucial to reduce the EU’s dependence on Russian fossil fuels.

Aware that the austerity applied after the 2008 crisis had public investment as its main victim, the two governments consider that this will be “indispensable” to attract the private sector to areas that the EU considers “strategic”. For this reason, the document points more towards quality spending through independent supervision and medium-term consolidation programs rather than sharp short-term adjustments. The two governments, which have maintained a fluid relationship since they published the 2021 document, also urge the EU to advance in the Banking Union and the Capital Markets Union.

When will the contract staff arrive?

China and the US shake hands with audits | Business

What does TNT mean, what does it stand for? What is the effect of TNT explosive?

The burkini controversy splashes the French political debate | International
May 27, 2022

Why Nancy Pelosi’s visit to Taiwan scares the world The keys to the conflict between China and the US | International
August 3, 2022

Lula and Bolsonaro collide in a first face-to-face with no clear winner | International
October 17, 2022

Maduro crosses paths with Macron at COP 27: “When are you visiting us?” | International
3 weeks ago

Maduro crosses paths with Macron at COP 27: “When are you visiting us?” | International

Biden offers to receive 24,000 Venezuelan migrants and agrees to return to Mexico those who skip the process | International
October 13, 2022

Biden offers to receive 24,000 Venezuelan migrants and agrees to return to Mexico those who skip the process | International

“Venezuela does not need Colombian potatoes”: the protest cry of Venezuelan farmers
October 20, 2022

“Venezuela does not need Colombian potatoes”: the protest cry of Venezuelan farmers

These are the crimes for which Trump is being investigated and the prison sentences they imply | International
August 13, 2022

The European Union suspends its training mission to the Malian Army | International
April 11, 2022