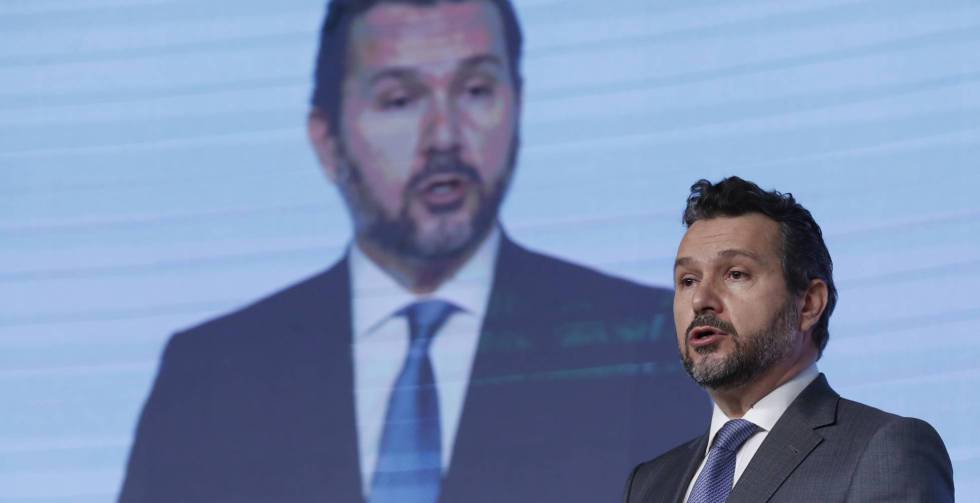 The National Securities Market Commission (CNMV) is running out of patience with Google and Facebook. And he launches an ultimatum: either they take the initiative and stop profiting from advertisements for financial beach bars or he will ask the Government to prohibit this type of advertising. The president of the stock market supervisor, Rodrigo Buenaventura, has warned that currently, much of the hacking activities are focused on cryptocurrencies “because it is the hook asset.” Without wanting to equate crypto assets and financial fraud, he stressed that a large part of the criminals “are taking advantage of these currencies as a formula to sell their tricks.”

For a year, the CNMV has been trying to unite wills between all the parties involved in the financial markets to promote a great pact against fraud. “However, there is an area in which very little progress is being made,” Buenaventura acknowledged during his speech at a conference organized by the Spanish Association of Fintech and Insurtech (AEFI). “Many of the fraudsters advertise with impunity on social networks or internet search engines and that is where they capture their victims,” ​​he added.

To combat this “scourge”, the CNMV and the rest of the European supervisors have periodically issued warnings about entities and specific Internet domains that do not have any type of authorization to offer investments. However, these warnings have not made a dent in companies such as Google or Facebook, which continue to host advertisements from these fraudulent entities on their websites. “It is unjustifiable that companies that broadcast paid advertising on social networks or search engines profit by admitting advertisements from pirate entities, which are publicly advertised as financial beach bars. And, even more so that, by doing so, they endanger the savings of their users and clients, some of whom fall into this type of fraud”, Buenaventura denounced.

The president of the CNMV urged the internet giants, as they have recently done in the United Kingdom, to commit to rejecting advertisements from entities explicitly warned by the public investor protection authorities. “We are asking them, through self-regulation, to commit to not using their networks or pages as a vehicle for spreading deceit and possible crimes in exchange for increasing their income. But if they don’t, if they don’t assume their responsibility, we will exercise ours by proposing to the Government that it analyze a new regulation in Spain, to prohibit and sanction this type of practice”.

The eyes of the markets are in this meeting!

The self-employed association ATA criticizes the Government’s decision to ban layoffs: “It goes against freedom” | Economy

18 dead in a police operation in a group of favelas in Rio de Janeiro | International
July 22, 2022

The Venezuelan government and the opposition agree to unfreeze between 3,000 and 5,000 million state funds abroad
6 days ago

Mercosur Summit: Uruguay’s determination to negotiate on its own with China cracks the bloc | International
July 22, 2022

Mercosur Summit: Uruguay’s determination to negotiate on its own with China cracks the bloc | International

The Kremlin devises a mechanism to receive rubles for its gas and for Europe to pay in euros | International
March 31, 2022

The French justice points to two close collaborators of Macron for two cases of conflicts of interest | International
October 3, 2022

López Obrador will receive the José Martí Order in Cuba during a visit of high political symbolism | International
May 8, 2022