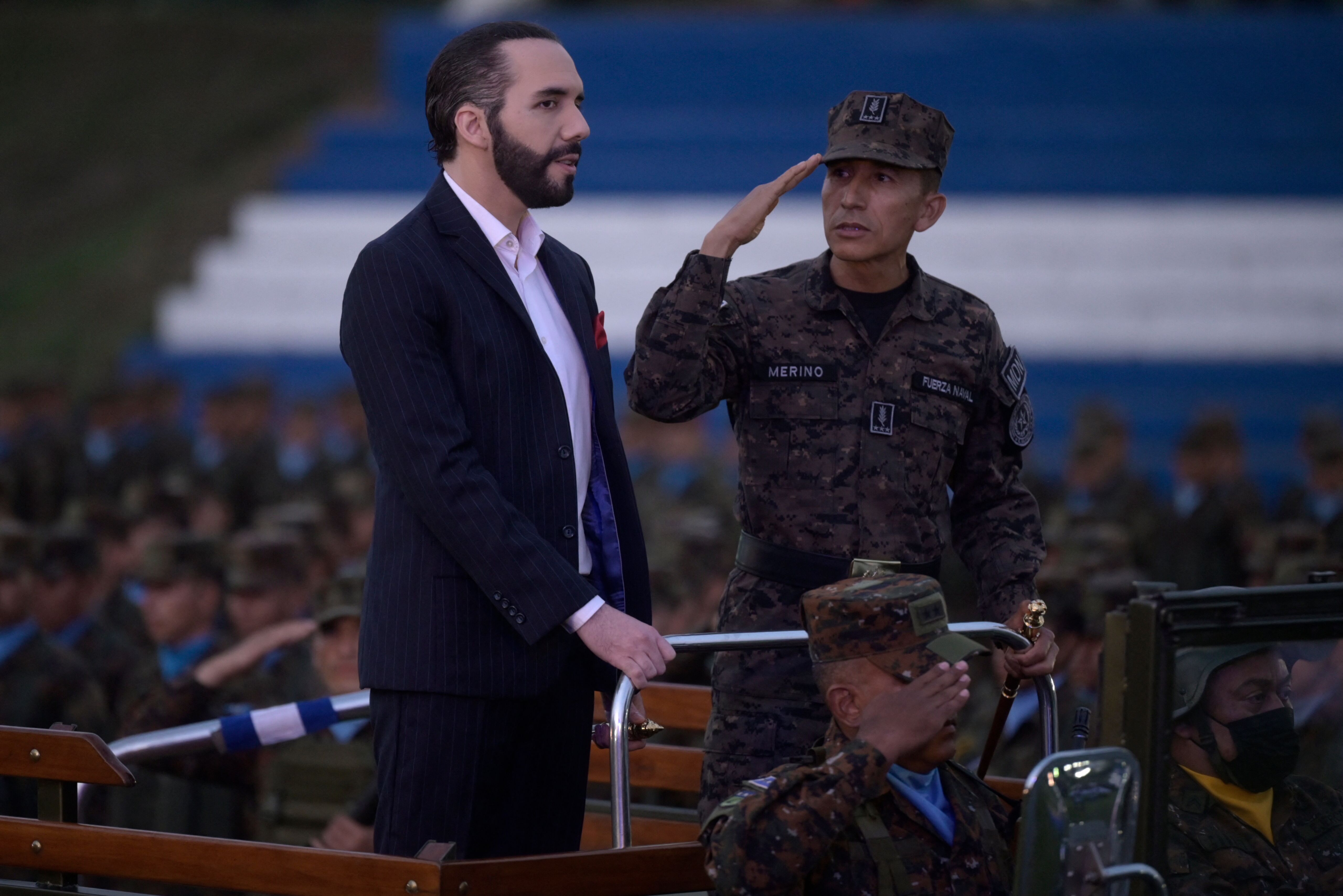 President Nayib Bukele has intensified his offensive against the media in El Salvador. The Congress of the Central American country approved on Tuesday a reform to the Penal Code that threatens with up to 15 years in prison the dissemination of messages from gang members in the Salvadoran press, at a time when the Government maintains the controversial state of emergency imposed by the president within his so-called war against the gangs, which has so far left almost 7,000 gang members detained. Bukele has used the history of the Second World War to justify this new measure: “When the Germans wanted to eradicate Nazism, they prohibited by law all Nazi symbols, as well as messages, apologies and everything that was aimed at promoting Nazism. Nazism. Nobody said anything, it was understandable that it was like that. Now we will do that with the gangs.” has written on Twitter.

The legislation pursues “the illegal elaboration and reproduction of messages, signals, denominations or propaganda alluding to gangs” and establishes sentences of between 10 to 15 years in prison for “those who, through Information and Communication Technologies, radio communication media , television, written or digital, reproduce and transmit messages or communications originating or presumably originating from said criminal groups, which could generate anxiety and panic in the population in general.

The president met at dawn this Wednesday with his security cabinet, the attorney general and the president of Parliament to, according to information from the Salvadoran Presidency, “discuss actions that will be implemented” with the entry into force of the criminal reform , which, according to the ruling party, persecutes the messages of “terrorist groups”. The reform was approved by the bukelista steamroller in Congress, with 64 votes in favor, out of a total of 84 seats. The small opposition was against this initiative, which has been classified as censorship. Journalist organizations and human rights organizations have also shown concern. Bukele has responded to criticism, also on Twitter: “If we want to one day be a developed country, we must do what developed countries do, not what they tell us to do.”

The Association of Journalists of El Salvador (APES) has issued a statement in which they express their concern about the reform, which they describe as “a clear attempt to censor the media.” For Salvadoran reporters, “prohibiting journalism from reporting the reality experienced by thousands of people who live in communities controlled by gangs will have no effect on the lives of those people, but rather will create a mirage that is not true to the truth. Not mentioning the gangs won’t make them disappear either.” APES also states that “journalistic work has been essential to understand the impact of the gangs, the criminal groups that have bled the country dry for decades. Thanks to journalism, El Salvador and the world learned that several Salvadoran governments, including the current one, agreed with the gangs. Or that the current Salvadoran State, with Nayib Bukele at its head, protected these criminals and denied their extradition to the United States.”

International organizations have also criticized the reform. From Human Rights Watch they fear that it could be used by the Government to persecute critical voices in El Salvador. “This reform is the latest in a series of punitive laws passed by the Legislative Assembly that violate international human rights standards,” warned Juan Peppier, an HRW researcher. “The law contains broad provisions that could easily be used to persecute critics and criminalize independent media, which is why it is incompatible with El Salvador’s international obligations in terms of freedom of expression,” he warned in statements to EL PAÍS.

Bukele’s new measure comes while his government maintains tense relations with the United States, which has rejected the declaration of the controversial state of emergency. This Wednesday, a spokesman for the White House has asked the president to revoke the measure. “We urge the Government of El Salvador to carefully consider how it implements the measures derived from the current state of emergency and to rescind that state of emergency as soon as the situation allows,” said the official after being asked by the EFE agency. “We also ask the security forces, including the Police and prison officials, to observe and protect the human rights of all Salvadorans, including detainees,” he added.

Bukele, however, maintains his position without flinching, buoyed by broad popular support and by the positive response of Salvadorans to his actions against the maras, made up of some 70,000 gang members. The president has affirmed that Tuesday closed without homicides and that, according to data from the Salvadoran Police, that day 566 terrorists were captured in the country. “The total captures that have been obtained is 6,894, in 11 days of #GangWar, 10 of which we have had an exception regime”, the institution congratulated itself on Twitter. The information, of course, was retweeted by Bukele, with: “We continue.”

Glen D. VanHerck: The US claims that Russia has more spies deployed in Mexico than in any other country | International

Elections in Colombia: Campaigning amidst the barricades

Three dead in Argentina from bilateral pneumonia of unknown origin

The lesson of the Action Party: the best are missing | Opinion
October 29, 2022

The lesson of the Action Party: the best are missing | Opinion

Mobilization in Russia: Before the black mirror of defeat | International
September 21, 2022

Mobilization in Russia: Before the black mirror of defeat | International

Mohamed VI invites the president of Algeria to a direct dialogue in Morocco | International
November 2, 2022

The authorities try to unravel the “confusing” statements of the author of the Berlin outrage, who has psychiatric problems | International
June 9, 2022

The authorities try to unravel the “confusing” statements of the author of the Berlin outrage, who has psychiatric problems | International