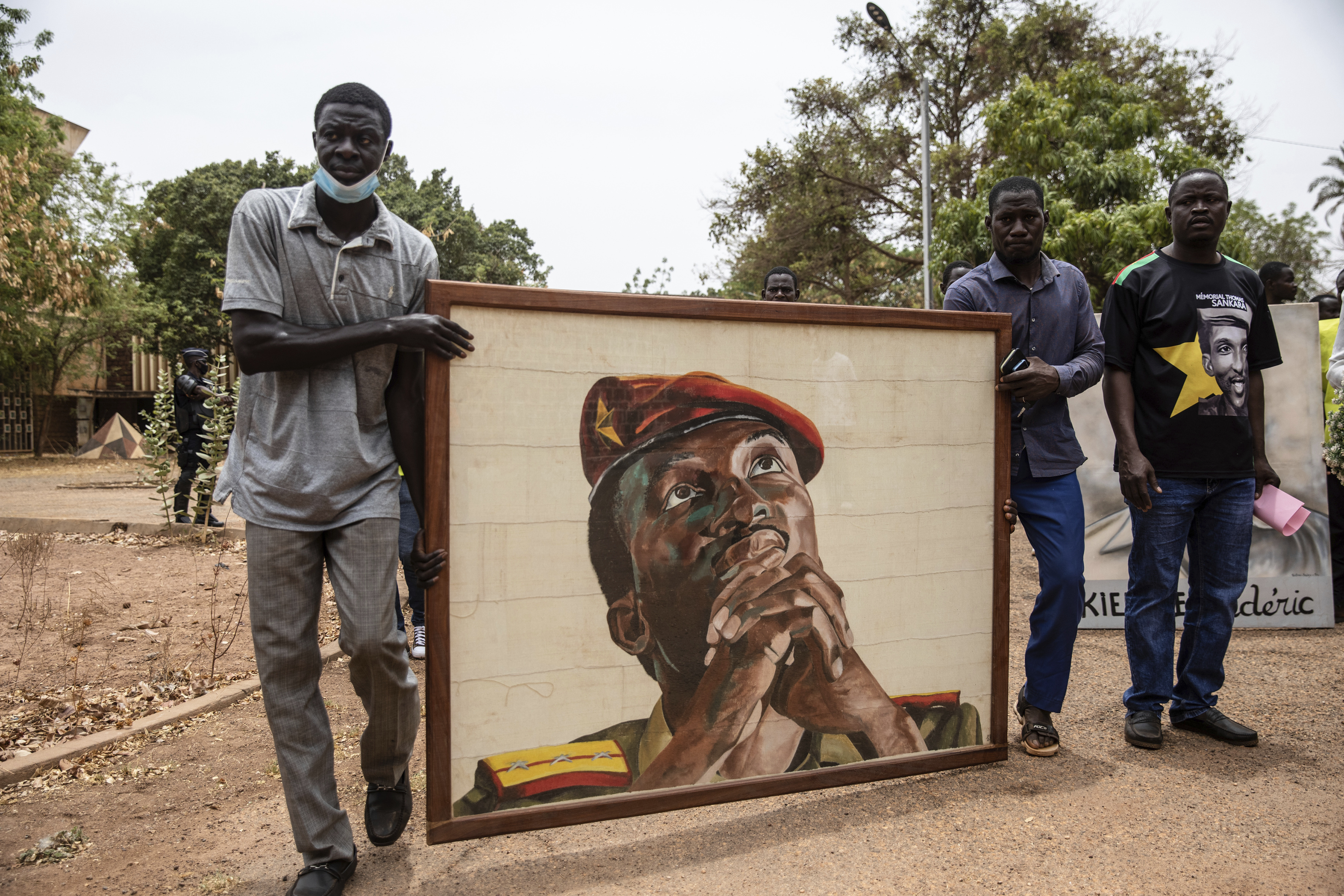 A military court in the Burkina Faso capital, Ouagadougou, sentenced Blaise Compaoré, former president of Burkina Faso, to life in prison on Wednesday for his role in the assassination of his predecessor Thomas Sankara. Two other defendants, General Gilbert Diendéré and soldier Hyacinthe Kafando, were also sentenced to life. “It is something we had asked for, justice and truth. The judge has given his verdict according to the law and everyone appreciates it”, Mariam Sankara, widow of the assassinated president in 1987, assured the journalists present in the room. With this sentence, the defense lawyers can appeal in 15 days end of a historical process

The sentence has been made public in the absence of Compaoré himself, since he has been in exile in the Ivory Coast since he was overthrown by a popular uprising in 2014. Kafando has also been on the run since 2016, so he is the only one who will continue in prison will be Diendéré, who is already serving a 20-year sentence for having staged a coup attempt in 2015. The three were convicted of attacking State security, a sentence that in the cases of Compaoré and Diendéré is added to that of complicity in murder and in the case of Kafando, who is considered responsible for the commando that executed Sankara, that of murder.

The three sentences go beyond even those requested by the military prosecutor investigating the case, which were 30 years in prison for Compaoré and Kafando and 20 years for General Diendéré. The Sankara family’s lawyer, Guy Hervé Kam, expressed his satisfaction after the verdict. “Today I can say that I am proud to be a Burkinabe and a lawyer. I am proud to see the culmination of a legal battle that has lasted almost 30 years,” he told France Presse. For his part, Mathieu Somé, Diendéré’s lawyer, the only one of the three main defendants present in the room, considered the sentence “excessive” alleging his collaboration with justice. Of the remaining 11 defendants, eight were sentenced to between three and 20 years and three were acquitted.

Captain Thomas Sankara came to power in Burkina Faso in 1983 after leading a coup. During the four years that he was president of the country, he carried out an ambitious plan of reforms that included the nationalization of land and mines, the promotion of local industry to end foreign dependency, extensive literacy campaigns, the refusal to pay the debt promotion of the role of women, a profound revolution that even led him to change the name of his country, which until then had been called Upper Volta, to Burkina Faso, which means “the country of upright men”.

Throughout his tenure, Blaise Compaoré was his friend, lieutenant and right-hand man. However, on October 15, 1987, a military commando broke into a meeting in which Sankara was participating and riddled him with bullets along with 12 of his collaborators. Blaise Compaoré, organizer of the assassination and at that time Minister of Justice, then assumed power. For three decades, the family of the assassinated president tried in vain to bring him to justice, but this was only possible after a regime change took place in 2014 and Compaoré himself was overthrown by a coup following popular uprisings.

At 71, the former Burkinabe president has since lived in Abidjan with his wife under the protection of Ivorian President Alassane Ouattara, who has granted him nationality, although he makes frequent trips abroad due to health problems. For years he tried to negotiate a return to Burkina Faso, but the start of the trial in October 2021 dashed his hopes of returning to his country, something that seems complicated at the moment.

The sentence in the Sankara case coincides with the release of former President Roch Marc Christian Kaboré, which took place this Wednesday, according to authorities. Kaboré had been detained in the hands of the military since last January 24, when he was overthrown by a coup. His release was one of the demands made by the Economic Community of West African States (Cedeao) so as not to sanction the military junta that took power in January.

Welcome to the most Bolsonarist corner of Brazil | International

Shealah Craighead: Trump cashes in his presidency photos (and leaves the woman who took them without benefits) | International

The Brazilian center-right waits for Bolsonaro to wear himself down to embrace Lula da Silva | International
July 11, 2022

Kiril Petkov: The Government of Bulgaria falls after only six months in power after losing a motion of no confidence | International
June 23, 2022

Kiril Petkov: The Government of Bulgaria falls after only six months in power after losing a motion of no confidence | International

Rescued a Brazilian mother and her children after 17 years locked up by the patriarch in his house | International
July 30, 2022

Eduardo Dos Santos: The life of the former president of Angola goes out in a Barcelona hospital amid suspicions of homicide | International
July 5, 2022

Eduardo Dos Santos: The life of the former president of Angola goes out in a Barcelona hospital amid suspicions of homicide | International