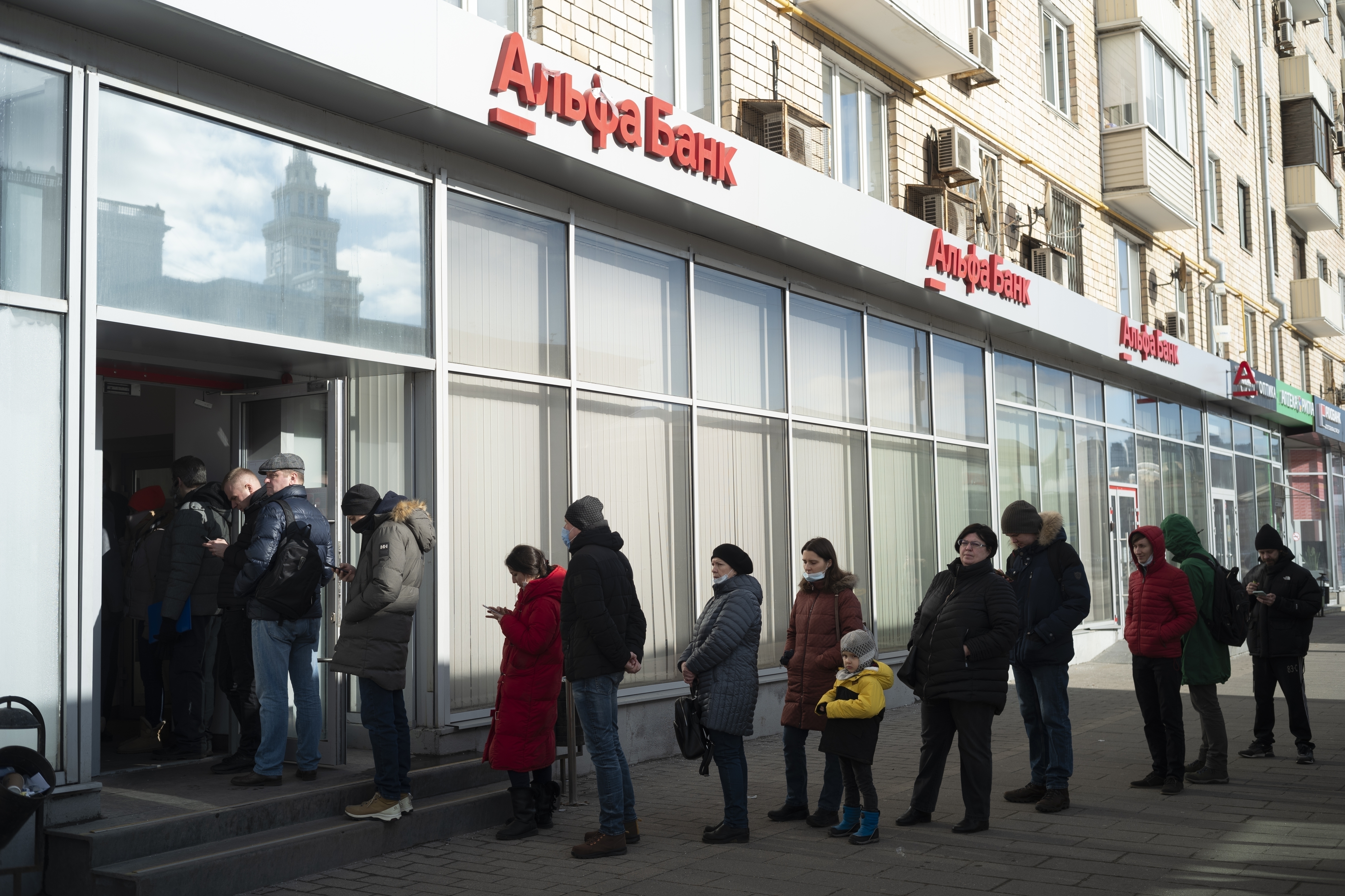 Sanctions have costs; the question is whether those costs are higher for the sanctioned country and compared to the alternatives. Energy is a sector in which the European Union has an advantage over Russia.

So far, Western sanctions have had drastic repercussions for the Russian economy. Right now, the country’s economy is estimated to contract 15% this year. The setback will take with it 15 years of economic growth. Forecasts point to an inflation of 30% along with a shortage of products from abroad like those that characterized the Soviet Union. Foreign companies shy away from what they see as toxic trade, even with Russian companies that are not sanctioned. As the brightest and youngest citizens leave the country in fear of political persecution and economic collapse, the brain drain and underinvestment will heavily affect long-term growth prospects.

The freezing of the assets of the Bank of Russia has been one of the sanctioning measures with the greatest impact. Just as when it imposed sanctions on the Russian Federation in 2014, the West has found the sector where its ability to hurt the economy is greatest. In 2014 it was Russia’s commercial borrowing abroad. Since then, the country has focused on the Bank of Russia’s “fortress Russia” strategy of fiscal prudence and reserve accumulation to isolate itself from the West. Now the central bank’s asset freeze is undermining that strategy. Some $300 billion of the $640 billion in reserves are no longer accessible to Russian authorities, forcing the Bank of Russia to apply draconian capital controls.

The war also has a domino effect on a global scale: the extreme instability of the raw material markets, high inflation, which also affects Spain where it reaches almost 10%, and a downward revision of the growth of the developed markets. Russia is an essential supplier of oil, gas, and other critical raw materials, such as fertilizers, palladium, nickel, and titanium.

Russia’s markets are beginning to adjust to the new reality. The considerable initial depreciation of the ruble has almost been reversed, due in part to strict capital controls, but also to the aforementioned inflows. As a consequence of the high prices of raw materials and the fall in imports, Russia’s current account balance will reach an all-time high of 250 billion dollars in 2022. In just over a year, the country will be able to replenish the 300 billion dollars of frozen reserves. But withdrawing the financing that provides energy would have a devastating effect. Oil and its derivatives account for 40% of Russian exports, and gas about 10%. Oil is central to the Russian budget, about 30% of which is provided by mineral extraction and export taxes.

Diversification so as not to depend on Russian gas will take time. Spain, with its liquefied natural gas (LNG) terminals, is essential for European economic sovereignty. The country has a large capacity to import LNG, but can only distribute it north to France, through a gas pipeline that is not enough to accommodate the necessary flow. The Spanish contribution is necessary but not sufficient for the European Union to take a turn away from its energy dependency on Russia. The EU and the rest of the world will have to pay a price, as the geopolitical situation is irreversibly transforming commodity markets. We have to get used to the fact that prices will incorporate the cost of having safe and ethical supply chains.

Elina Ribakova She is Deputy Chief Economist at the Institute of International Finance (IIF).

Explosion at home in Kütahya! There are 4 injured, 2 of them seriously!

Nisa Mihriban jailed for 5 months for mother who abandoned baby

Chile Supports Winter Bond: Boric announces aid of 120 dollars for 7.5 million people in the midst of the inflationary crisis

Havana: The Saratoga tragedy continues to grow: there are already 40 dead and five people are still missing | International
May 10, 2022

Life sentence for the German who killed a gas station attendant for asking him to wear a mask | International
September 13, 2022

Carol Pires: “Bolsonaro is the result of the criminalization of politics” | International
September 30, 2022

Carol Pires: “Bolsonaro is the result of the criminalization of politics” | International

Attacks on civilians multiply in Ukraine: 10 civilians die in a bread queue and a theater that serves as a shelter is bombed | International
March 16, 2022

Attacks on civilians multiply in Ukraine: 10 civilians die in a bread queue and a theater that serves as a shelter is bombed | International

Comando Vermelho: A police operation against the most powerful criminal organization in Rio de Janeiro leaves 22 dead | International
May 25, 2022

Trump promises an “epic” rally as he enters the election campaign this Saturday | International
September 3, 2022

Two Hellfire missiles aimed at a balcony in the center of Kabul: this is how the US has killed Ayman al-Zawahiri | International
August 3, 2022

Two Hellfire missiles aimed at a balcony in the center of Kabul: this is how the US has killed Ayman al-Zawahiri | International