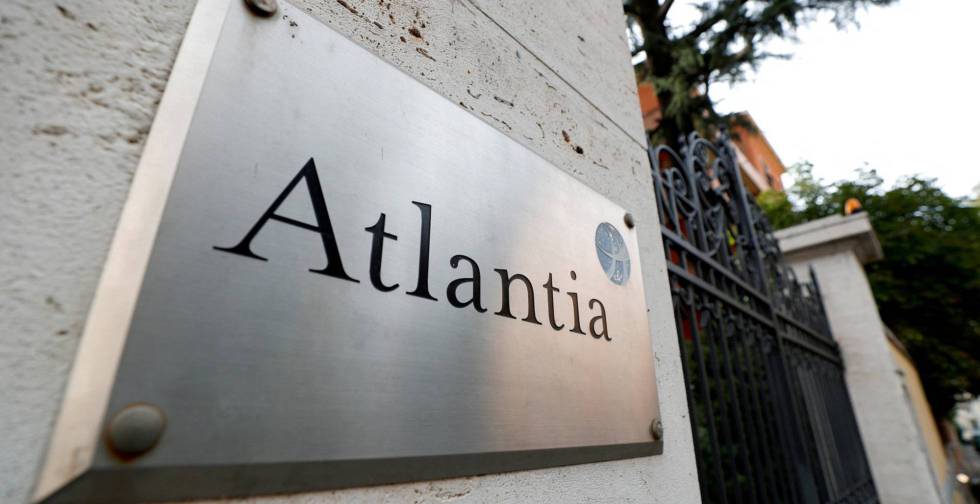 The battle for Atlantia, the Italian multinational with interests in highways, airports and the rail sector, is heating up the value of the group. This Friday its shares rise 5.8% on the Italian Stock Exchange to exceed 21.5 euros after ACS, the construction company chaired by Florentino Pérez, announced on Wednesday that it was preparing a takeover bid with the GIP and Brookfield funds to take over the majority of the business. Atlantia has the majority of the capital of Abertis (50% plus one share), where it shares ownership with ACS, which owns the rest. In turn, Abertis is the great source of income and dividends for Atlantia, since it represents 84% ​​of the gross operating result (ebitda).

The war has only just begun, according to the analysts consulted. This first movement by ACS was followed on Thursday by the rejection of the Benetton family, the main shareholder of the Italian group (33.1%) through Edizione, its investment arm. And now it is the Italian press that is speculating on an imminent counteroffer from the Benetton family together with the venture capital manager Blackstone to acquire at least 62.5% of Atlantia.

Citing banking sources involved in the operation, The Messaggero and 24 pray They assure that the counteroffer could be launched in the middle of Easter and that both Goldman Sachs and Mediobanca are advising the Italian family holding company to shelve the Spanish plan. The price offered would be between 22 and 24 euros per title, which would mean valuing the Italian between 17,800 and 19,500 million euros. And the ultimate goal would be to exclude it from the Stock Exchange.

What is ACS looking for?

“If you have a large amount of money, there are few assets as greedy as Abertis,” says analyst Ángel Pérez from Renta 4. The capitalization of the company chaired by Florentino Pérez does not reach 7,000 million, and he aspires to take over a giant that is worth more than double on the stock market (and that has a financial debt of 30,000 million). But the Spanish company has a good starting point: it has no debt, is focused on the highway business and has just sold its entire industrial division (Cobra) to the French group Vinci for 4,900 million.

At the same time, its corporate move is close to a key date for Atlantia that makes the operation even more interesting: on May 5 it will settle accounts with the consortium made up of CDP Equity, Blackstone Infrastructure Partners and Macquarie Asset Management to transfer its subsidiary Autostrade to them. per l’Italy (Aspi). For this operation will enter 8,000 million euros. Aspi is one of the largest operators of toll motorways in Europe and manages more than 3,000 kilometers of Italian tolls.

That the small fish eats the big one is not at all clear, but neither was it clear when Atlantia and ACS bid for Abertis assets in 2017. On that occasion, both reached an agreement to avoid a bid war and make the joint purchase. The Benettons, in any case, have begun betting strongly on the rejection of the offer arguing that “it would consist, among other things, in the divestment of the activities of Abertis and other toll road assets”, which would cause “a disintegration” of Atlantia.

The role of the Italian Government

The Italian press woke up this Friday personifying the ACS movement in the “shark” Florentino Pérez. If the Spaniard wants to bring his offer to fruition, he is going to have to face serious obstacles. Edizione has a good relationship with the investment fund of the Government of Singapore (GIC) which has 8.2% and Fondazine Cassa Risparmio Torino (4.5%) which are the second and third shareholder of Atlantia. In addition, the Government of Mario Draghi has veto power in the operation, because the group controls strategic assets in the country such as Aeroporti di Roma (Fiumicino and Ciampino). However, the Benettons have just emerged from a long battle with the Executive after the collapse of the Morandi bridge, west of Genoa, which collapsed in August 2018 killing 43 people.

Atlantia also has 48 concessions in 11 countries, three other airports (Nice, Cannes-Mandelieu and Saint Tropez in France) and owns 15% of Getlink, the manager of the tunnels under the English Channel through which the Eurostar passes.

Control scenarios are open. Market sources assure that this new war, as fierce as it may seem, could end up ending in some type of agreement or, in the worst case, could even turn against ACS, whose market value is lower than the weight of its assets .

Will housing prices continue to rise?

"There are toxic players"

3 people were hospitalized in 2 separate chain accidents in Kırıkkale

Check Also
Close
Pedro Castillo: a year and a half adrift in Peru | International
35 mins ago

Vacancy: The Peruvian military turned its back on Castillo | International
56 mins ago

By admin
Recent Posts
Latest News
Facebook Twitter WhatsApp Telegram
Back to top button
Close
Featured Posts
The tragic flight to nowhere of a prisoner with his jailer in the US | International
May 10, 2022

Guterres warns of “a winter of discontent” due to the war in Ukraine, inflation and inequalities | International
September 20, 2022

Guterres warns of “a winter of discontent” due to the war in Ukraine, inflation and inequalities | International

The jurist Síofra O’Leary, the first woman to preside over the European Court of Human Rights | International
September 19, 2022

The jurist Síofra O’Leary, the first woman to preside over the European Court of Human Rights | International

The protest in Buenos Aires for the economic crisis, in images
August 18, 2022

The protest in Buenos Aires for the economic crisis, in images

The G7 promises new sanctions against Russia and support for Ukraine “as long as it takes” | International
June 27, 2022

The US accuses the Iranian Revolutionary Guard of trying to assassinate a Trump adviser to take revenge for the death of General Soleimani | International
August 10, 2022

Legislative elections: the United States wages the great battle for the future of its democracy | US Elections
4 weeks ago