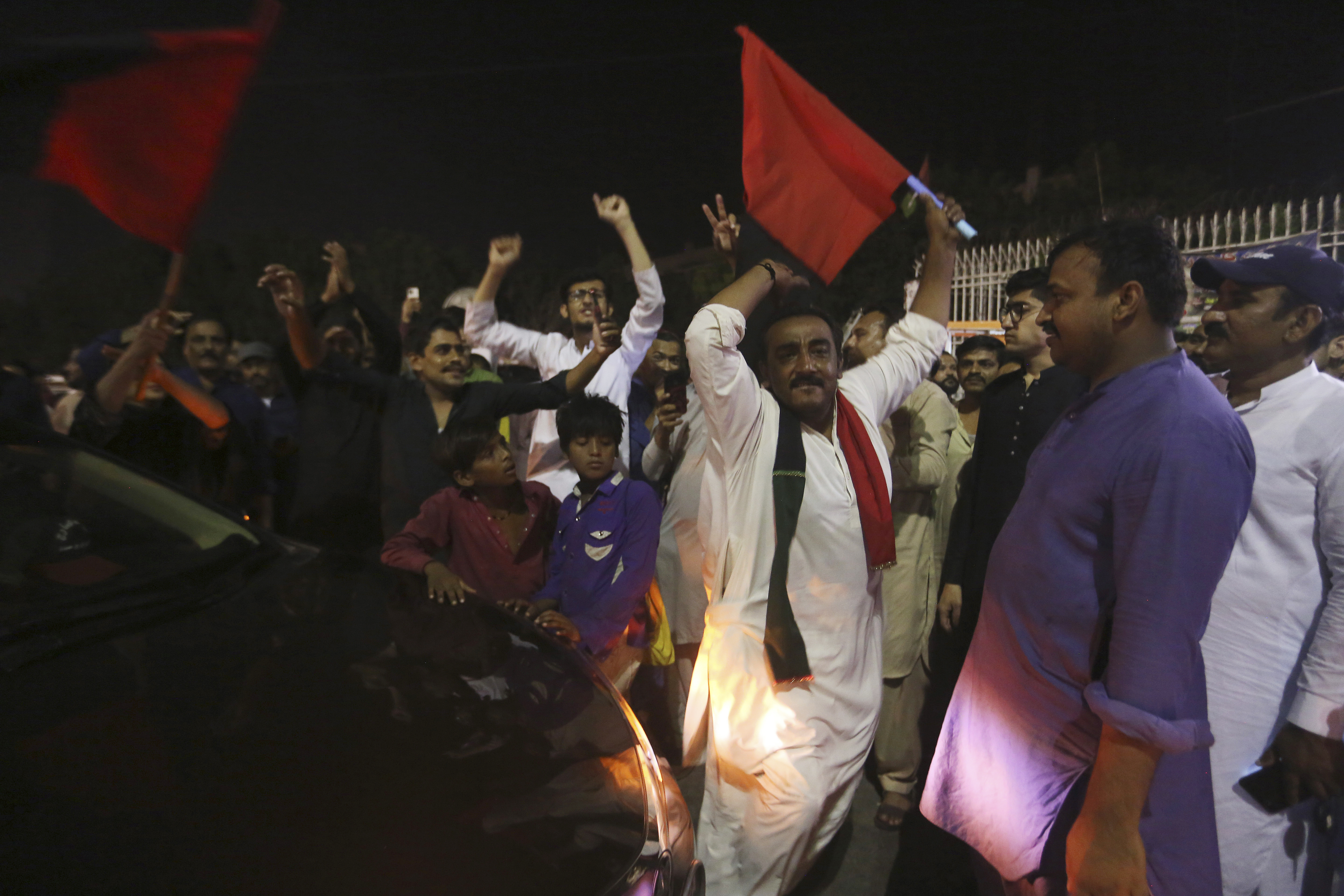 The Parliament of Pakistan dismissed the Prime Minister of Pakistan, Imran Khan, on Saturday after the ruler lost the vote on a motion of censure that makes him the first head of government in the history of the country to be expelled from power by that process. The motion of censure presented by the opposition after several weeks of political crisis in this South Asian country was approved with the vote in favor of 174 of the 342 deputies of the National Assembly, the Pakistani Lower House.

Khan, 69, who was not present for the vote, had previously tried all sorts of maneuvers to stay in office, including dissolving the House and calling new elections in three months for “foreign interference,” but the The country’s Supreme Court declared this measure illegal last week and ordered Parliament to vote on the motion of no confidence. At the last moment, the president of the Assembly and his deputy, allies of Khan since the beginning of the crisis, were forced to resign after trying to prevent the vote from taking place. Another MP took over the chair and the motion was voted on without MPs from Khan’s party, the Pakistan Justice Movement (PTI), leaving the House.

Imran Khan, a former star of cricket – Pakistan’s national sport – was elected prime minister in 2018 promising to end decades of corruption and cronyism, but had to manage a weak national currency, persistent inflation and the peso. of public debt. No head of government has managed to complete his term in Pakistan since the country’s independence in 1947, but Khan is the first to fall by a parliamentary no-confidence vote.

In a message to the nation on Friday, the prime minister said he “accepts the Supreme Court’s resolution” but repeated his accusations of recent days, in which he claims to be the victim of a conspiracy hatched by the United States. Khan accused the Pakistan Muslim League (PML-N) and the Pakistan People’s Party (PPP), the two parties that dominated the political life of the country for decades, along with the army, of negotiating his removal from power with the United States. , something that Washington denies. According to Kahn, Washington is targeting him for his criticism of US policy in Iraq and Afghanistan, and for his statements of support for the Taliban in the neighboring country.

Parliament has not yet indicated when it will designate the prime minister’s successor, although the leader of the opposition, Shehbaz Sharif (PML-N), stands strong as the candidate to lead this country of 220 million inhabitants and population majority Muslim. “We will put balm on the nation’s wounds,” Sharif, 70, the younger brother of the country’s three-time prime minister Nawaz Sharif, said immediately after the result was announced.

In addition to economic problems, security is also a challenge in Pakistan, with the Pakistani Taliban emboldened by the Islamist group’s takeover of neighboring Afghanistan. The army, a key player in the politics of a country that spent three decades under military rule – and was accused of supporting Khan in 2018 – has not spoken publicly in recent days, although the vote on the motion The censorship came after the powerful army chief, General Qamar Javed Bajwa, met with Khan, according to sources quoted by the Reuters news agency.

The president of Sinn Féin: “There will be a referendum for the reunification of Ireland during this decade” | International

Check Also
Close
Pedro Castillo: a year and a half adrift in Peru | International
57 mins ago

By admin
Recent Posts
Latest News
Facebook Twitter WhatsApp Telegram
Back to top button
Close
Featured Posts
Brussels agrees to a new package of sanctions against Russia after the annexation of the Ukrainian territories | International
October 5, 2022

Ukraine: Biden accuses Putin of committing genocide to eradicate “the very possibility of being Ukrainian” | International

Russia: The G-7 warns that it “will never recognize” the borders that Putin wants to impose by force | International
May 14, 2022

Russia: The G-7 warns that it “will never recognize” the borders that Putin wants to impose by force | International

Ukraine gets used to living with war | International
May 30, 2022

Poland builds 210 kilometers of barbed wire to protect itself against the Russian enclave of Kaliningrad | International
November 4, 2022

The wave of fires in Portugal already leaves a balance of 813 fires, one deceased and 135 injured | International
July 14, 2022

The wave of fires in Portugal already leaves a balance of 813 fires, one deceased and 135 injured | International

Nury Martinez: “It seems like a little monkey”: the racist sayings of three Latino politicians unleash the scandal in Los Angeles | International
October 11, 2022

Nury Martinez: “It seems like a little monkey”: the racist sayings of three Latino politicians unleash the scandal in Los Angeles | International

Elections in France: Le Pen’s party gets its own group by reaching its best result in a legislative | International
June 19, 2022

Elections in France: Le Pen’s party gets its own group by reaching its best result in a legislative | International