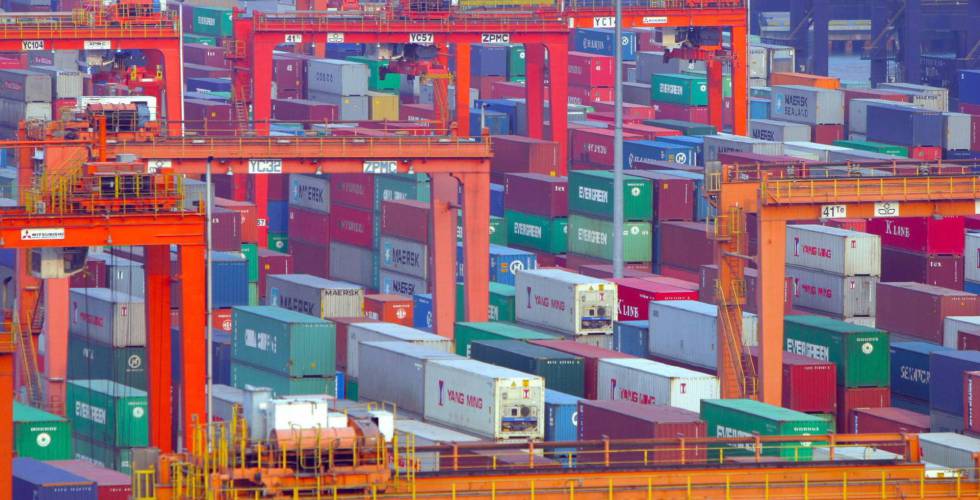 Stefan Zweig, one of the great European writers of the 20th century, wrote in yesterday’s world that for his life had galloped “all the pale steeds of the apocalypse, like revolution and famine, inflation and terror, epidemics and emigration.” One of those horsemen, that of inflation, is once again riding the world economy.

At the end of March, the OECD revised its inflation and growth estimates due to the important consequences derived from the war in Ukraine. According to his calculations, the conflict will reduce global growth by at least one percentage point, which will go from around 4.5% to 3.5%, while inflation will rise at least 2.5 points above expected at the end of 2021, driven by the rise in prices of raw materials, especially those linked to energy and food. Along the same lines, the Bank of Spain has revised its estimates and forecasts a GDP increase of 4.5% and average inflation of 7.5% this year.

“We could be on the cusp of a new era of global inflation”, the director of the Bank for International Settlements, Agustín Carstens, recently warned from these same pages, linking part of the rise in prices with the revision to which it is being subjected. globalization, although he hopes that there will be no dramatic movement.

Authorities and academics have documented for years the relationship between globalization and the reduction of inflationary pressures in industrialized countries, especially since China’s entry into the World Trade Organization (WTO), in 2001, but also before, with the improvements in transport derived, for example, from the widespread use of maritime containers.

Since the beginning of the 1990s, after the collapse of the Soviet Union, a period of trade agreements began, innovation in communication technologies and improvements in transportation that significantly reduced trade barriers. The developed economies took advantage of the low labor costs of the emerging countries and began to produce much cheaper consumer goods on a massive scale.

The then president of the United States Federal Reserve, Alan Greenspan, explained in 2005 that globalization and innovation were the fundamental elements to explain what he called the Great Moderation in which the developed economies had settled in those years. Even as recently as 2021, the current president of the entity, Jerome Powell, justified his conviction that the rise in prices was temporary due to the “sustained disinflationary forces” that underlie the economy, such as “technology, globalization and factors demographics”.

The accumulation of episodes that have hit economic integration —financial crisis, US-China trade war, pandemic and war in Ukraine— have put an end to the trajectory of recent years. To this must be added the change in the energy model, with the commitment to renewable energies that still do not cover demand and the penalization of traditional sources due to their environmental impact, which has pushed up energy prices since last summer . A true perfect storm. As Andreu García Baquero and María Romero Paniagua, from AFI, explain in the last publication of the consultancy, “a setback in the globalization process is bad news for inflation. We will most likely have to get used to a different scenario than the one experienced in recent decades in terms of the general level of prices.”

Consultants point out that if Russia’s invasion of Ukraine has caused an economic tsunami, it is precisely due to the interdependence of economies through value chains. Ukraine represents about 40% of world exports of vegetable oils, especially sunflower oil, and Russia alone accounts for around 20% of global exports of wheat, among other raw materials.

Hence the alert launched by the Food and Agriculture Organization of the United Nations (FAO) this week of the sharp rise in food prices, which are at the highest level since the beginning of the historical series, in 1990 Only between February and March, the rise in the index was 13%, “a giant leap”, in the words of the FAO. But the rise in food prices predates the war. Since mid-2020, global prices have increased by 75%, above the levels recorded in 2008 and 2011, which ended up leading to major food crises, followed by major social unrest, such as the Arab Spring.

For the former Secretary of the Treasury of the United States, Larry Summers, the main policy to combat inflation involves a reduction in trade barriers. “When you reduce tariffs, the prices of goods are reduced and, with it, the demands for salary increases. And once you reduce wage demands, that translates into price cuts that contribute to further disinflation, ”he explained last March 30 at an event organized by the Peterson Institute in Washington and broadcast on the internet. “A reasonable tariff reduction by the US would subtract more than one percentage point from the country’s CPI,” Summers said. Inflation in the US stood at 7.9% in February and the core rate, which excludes energy and food, reached 6.4%.

Summers forgets that, as the Nobel laureate Milton Friedman said, inflation is above all a monetary phenomenon and as a consequence of the fiscal and monetary policies applied to face the Great Recession, first, and the coronavirus pandemic, then, the mass monetary policy in major economies has skyrocketed. A phenomenon that the cost savings derived from globalization have managed to cushion in recent years but that now, with deglobalization, shows its weaknesses.

The change over the years has been talked about a lot!

Russia has never found a way to break us, and it certainly will not.

Zelenski speaks to Latin America for the first time: “Do not maintain trade with Russia”

Fed up, economic havoc and fatal accidents: keys to understanding the protests in China | International
5 days ago

Fed up, economic havoc and fatal accidents: keys to understanding the protests in China | International

The attack on Cristina Fernández de Kirchner, in pictures
September 2, 2022

The attack on Cristina Fernández de Kirchner, in pictures

More than 200 intellectuals demand a United States of Europe in the face of the Russian attack on Ukraine | International
April 27, 2022

The extreme right in Germany promises unity and renewal at its congress, but elects the same leader | International
June 19, 2022