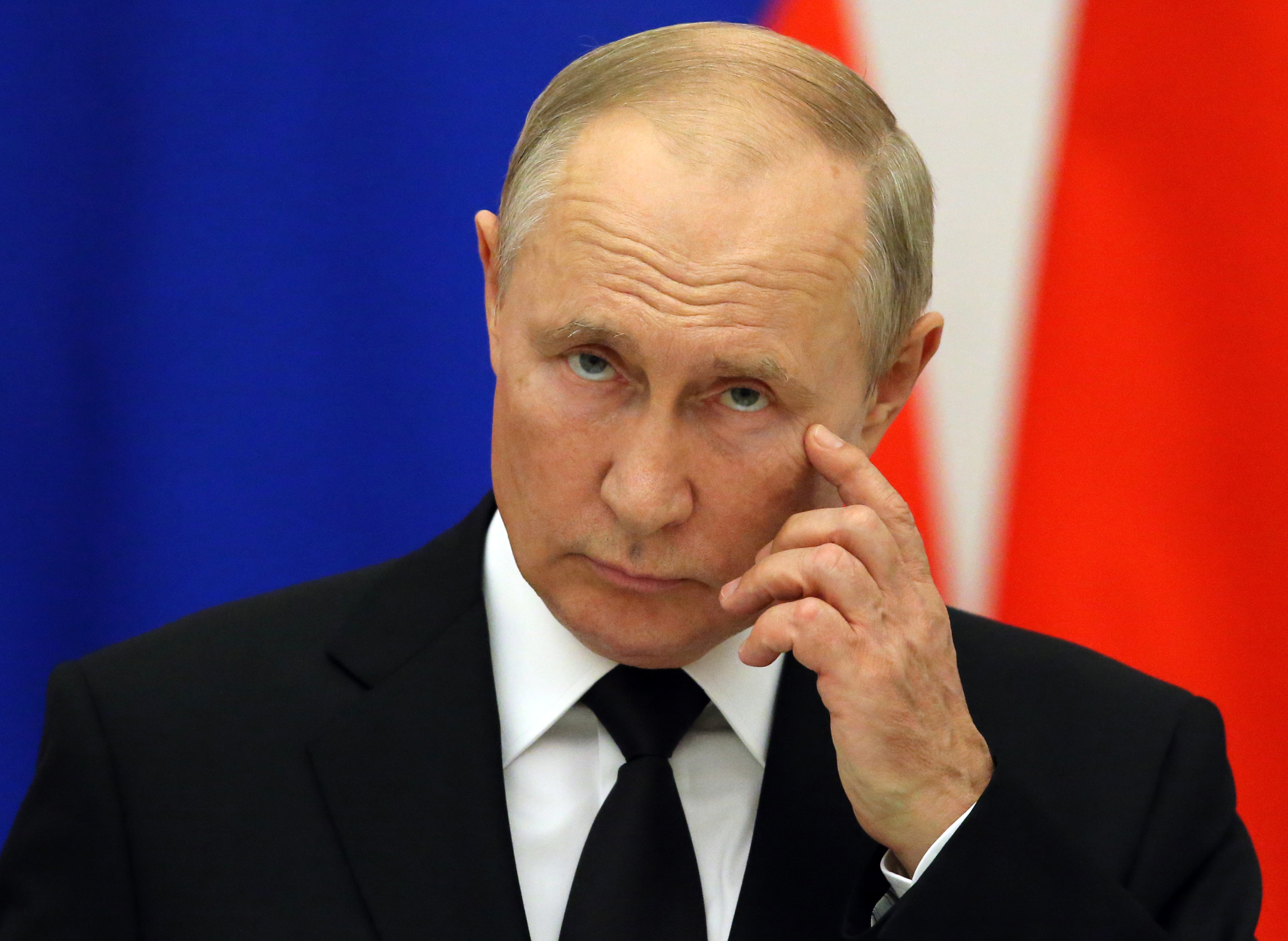 Russian President Vladimir Putin has stressed that his main objective in Ukraine is “to help the people of Donbas”, the eastern region of the country where Russia now concentrates its attacks. The president, who on February 24 ordered his troops to launch an attack against Ukraine on three fronts that also included kyiv from the north and Kharkiv from the northeast, stressed on Tuesday that in his first announcement of the war he set the goal of helping pro-Russian separatists in eastern Ukraine, and has warned that it will not stop until it does.

“That will be the case, there is no doubt”, Putin has reaffirmed accompanied by the Belarusian president, Aleksandr Lukashenko, during a visit to the Vostochni cosmodrome, located in the eastern oblast (province) of Amur, next to the Chinese border. The president also assured that these are “very clear and noble” objectives.

“Our officers take part in a special military operation in Donbas, in Ukraine, where they offer their help to the Donetsk and Luhansk people’s republics. They act bravely, competently, and effectively use the most modern weapons,” Putin added.

The Russian high command lowered its objectives on March 25. Or at least officially. After a month of stalemated fighting on all fronts, from the battle for the capital to the siege of the coastal city of Mariupol, the Russian Defense Ministry announced that it would focus on the Donbas region and ordered the reorganization of its troops as negotiations with kyiv. After this withdrawal, massacres such as those of Bucha and Irpin were known, and the latest attacks have focused on the city of Dnipro, a key communications node to isolate the Ukrainian troops defending Donbas from the rest of the country.

The Russian president has insisted this Tuesday on the Kremlin’s rhetoric that Ukraine is controlled by extremists, a speech that has had more depth in the Russian population than other of the many pretexts offered by Moscow during these months, such as the alleged threat of the NATO.

“Ukraine, unfortunately, has begun to become an anti-Russian foothold. The outbreaks of nationalism that were there for a long time have begun to grow (…) and neo-Nazism, unfortunately, has become a relevant aspect of a fairly large country close to us, “said Putin, who justified his offensive that “a clash with these forces was inevitable for Russia.”

“What we do on the one hand is to help the population, save people; and on the other we are taking measures to guarantee Russia’s own security”, added the Russian president.

However, his own foreign minister, Sergei Lavrov, said a day earlier that the military campaign had different objectives. “Our special military operation is intended to put an end to the reckless expansion and reckless course of total domination by the United States and, under it, by the rest of the Western countries in the international arena,” the diplomat said.

Regarding the sanctions, Putin warned that his country will not be separated from the rest of the planet. “We are not going to isolate ourselves and it is impossible to separate someone in the modern world. With a country as big as Russia it is impossible”, he added.

Putin and Lukashenko traveled to the Amur region on the occasion of Cosmonautics Day. During his visit to the facilities of the Roskosmos space agency, the Russian president promised that the country will resume its Luna-25 program despite the sanctions. The objective of this mission is to send a probe to the south pole of the satellite to investigate the possible presence of organic compounds, and it has a great symbolic character for continuing the Soviet Luna-24 program almost half a century later.

“We fulfilled the wish of our ancestors to move forward despite difficulties and external attempts to stop us. We will be persistent in fulfilling all our plans, and we will continue to work on the creation of a new generation ship and other technologies for space and nuclear propulsion, where we have a good starting point,” the Russian president told Roskosmos workers.

As a general, as a Congress, as a whole: Brazil outlines COP26 and opens its doors to the Garimpo na Amazônia | News

Orlando Jorge Mera, the guardian of the environment assassinated in the Dominican Republic | International

United States Elections: The polls measure discontent with Biden and Trump’s support | US Elections
3 weeks ago

The January 6 commission focuses on Trump’s pressures and threats to various officials so that they would not certify Biden’s victory | International
June 21, 2022

Sex and The City: ‘And Just Like That’: five hours with Mr. Big | Culture

The unsung heroes of the Chernobyl resistance against the Russians | International
June 3, 2022

Ukraine: kyiv lives in constant tension before the threat of the great Russian offensive | International
March 20, 2022

Ukraine: kyiv lives in constant tension before the threat of the great Russian offensive | International