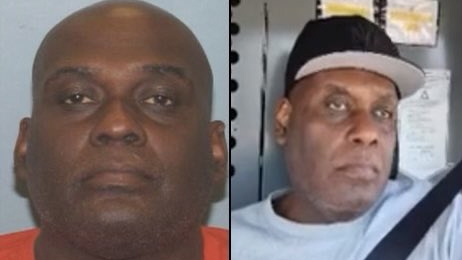 Before renting a van in Philadelphia and traveling to New York with a backpack full of ammunition, three spare magazines and smoke bombs, as well as an ax and a Glock 9-millimeter pistol, Frank Robert James, suspected of the shooting that on Tuesday caused 23 injuries on the N subway line and arrested this Wednesday, had told YouTube that he was full of hate and rage; also the “horrible psychiatric treatments” to which he had been subjected. The 61-year-old African American was arrested in the East Village, a bustling neighborhood in southeastern Manhattan.

The videos he posted on the platform also show him ranting against Eric Adams, the mayor, and defining himself as a “victim” of his mental health policies. Adams has championed, among others, the importance of healthy eating in schools-he has instituted the vegan friday in the public education network-, but decades of municipal neglect of the most vulnerable population, such as the homeless with mental disorders, threaten to take their toll. For starters, the security around him has been tightened considerably in the aftermath of the shooting, by allusions.

The attack allegedly perpetrated by James is neither more nor less serious than the avalanche of events carried out daily by people with a psychiatric background, theoretically without access to firearms, although it is more visible: New York magnifies everything. The city’s laws are among the most restrictive in the country, but weapons, registered or ghosts, are everywhere, to the concern of the authorities: President Joe Biden announced on Monday stricter controls to curb the proliferation of ghost weapons, homemade assembly from loose parts, while violent episodes multiply. Just yesterday, three people died and 12 were injured by gunshots in the Bronx and Brooklyn. On Friday, a stray bullet took the life of a girl who was leaving the institute. The daily bleeding is such that few manage to record all the events.

Add to the profuse circulation of weapons in the streets the sad phenomenon of tens of thousands of homeless people, and other people on the fringes of the system, with mental disorders, often diagnosed but not treated. Because many times it is not even necessary to fire a weapon, as demonstrated in January by the murder of a woman pushed onto the subway tracks, in the nerve center of New York, by a homeless man with serious psychiatric problems.

That event provoked a rapid joint response from the mayor’s office and the State of New York: a plan to regenerate the subway, to clean it of the homeless who survive in stations and platforms. The lack of psychiatric beds and places in shelters has pushed a thousand people to the suburban, the average that slept in its facilities every day. According to activists and NGOs, Adams’ plan criminalizes the homeless, further stigmatizing them, without solving the problem. James’s criticism on YouTube seemed to go that way, but the mayor tiptoed around the issue Wednesday, speaking to several television and radio networks. “People look at the mental health system and question some of the things that have been going on for decades. Our goal is to fix our mental health system. But it is clear that this individual wanted to create terror and violence,” said Adams, who preferred to present the event as one more manifestation of a national problem derived from the proliferation of weapons and a revolving door in the courts.

Adams also avoided criticism for turning off the surveillance cameras at the station where the shooting took place, which were not working at the time, recalling that the management of the subway is not the responsibility of the City Council, but of the State. The budget deficit of the urban transport agency (MTA), on which the management of the underground depends, could be added as an aggravating factor to the accumulation of adverse circumstances, of loose ends, that emerge from this case. The MTA has managed to overcome the ruin caused by the pandemic – the subway has not yet recovered the number of passengers it had – thanks to an injection of federal funds. But the often haphazard if not chaotic facilities and service are crying out for massive investment.

The judicial revolving door that Adams denounces also exists in the deficient mental health system: patients who enter and leave the clinics, or who do not even step on them, with ailments further exacerbated by the pandemic. It seems to be the case of James, who was hunted down this Wednesday by a huge police deployment, supported by helicopters, after almost 18 hours of searching. The Police Department released more images of the suspect and reiterated the $50,000 reward for anyone who provides clues to his whereabouts. Like in the Wild West: Wanted, only in virtual times and with theoretically perfect geolocation systems that seem to underline even more the delay of the police in finding James. The mobile phones of the residents of New York received noisy alerts in English and Spanish to ask for citizen collaboration, while the media tried to respond to the worst nightmare imaginable in the Big Apple. “It goes without saying that a mass shooting is the last thing a subway system that is already struggling with crime and mentally unstable people needs, in the hope of continuing to recover the number of travelers lost to the pandemic,” the newspaper noted. DailyNews.

James, who acted alone, also has a police record in Pennsylvania and Wisconsin. He left behind 33 shell casings after shooting indiscriminately at passengers in a rush hour subway car. It could have been a carnage, with many dead. Circulation in the suburban returned to normal this Wednesday and YouTube eliminated, 24 hours after the shooting, the disturbing videos in which the suspect threw the devil out of him.

ALBA: Cuba marks the agenda of the Summit of the Americas with its alternative meeting | International

The cap on Russian oil: one more blow to Moscow, but far from lethal | International
53 mins ago

The EU doubles the fund to send weapons to Ukraine | International
March 11, 2022

The EU doubles the fund to send weapons to Ukraine | International

Attacks on civilians multiply in Ukraine: 10 civilians die in a bread queue and a theater that serves as a shelter is bombed | International
March 16, 2022

Attacks on civilians multiply in Ukraine: 10 civilians die in a bread queue and a theater that serves as a shelter is bombed | International

The writer Salman Rushdie, stabbed in the neck while giving a conference in New York | International
August 13, 2022

The writer Salman Rushdie, stabbed in the neck while giving a conference in New York | International

Agreements between foreign firms and Venezuelan capital grow in the midst of the economic transition | International
August 21, 2022

Ukraine warns that it can only win the war if the West accelerates the shipment of weapons | International
June 18, 2022

The Social Democratic Party wins the elections in Sweden, according to exit polls | International
September 11, 2022

The Social Democratic Party wins the elections in Sweden, according to exit polls | International

Brazil: Congressman Silveira, the undisciplined police officer who embodies the pulse between Bolsonarism and the Supreme Court | International
April 15, 2022

Brazil: Congressman Silveira, the undisciplined police officer who embodies the pulse between Bolsonarism and the Supreme Court | International