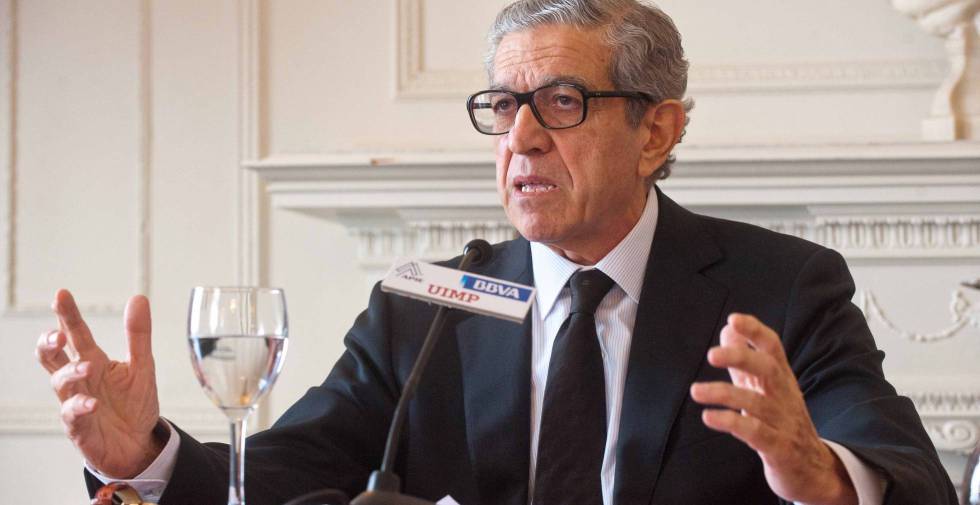 The president of the Unicaja Foundation, Braulio Medel (Marchena, 74 years old), has announced in a letter that he will shortly resign from his position in the organization, majority shareholder of Unicaja Banco. He does so, according to the letter, in the interest of carrying out “an orderly transition” in the foundation. His departure was scheduled for next fall, but Medel has brought it forward due to “endless external pressure and persistent hostile media campaigns.” Since Unicaja merged with Liberbank in the summer of last year, the Sevillian has been the center of criticism for his maneuvers to continue maintaining power in the bank. The last ones, those of the president of the Junta de Andalucía, Juan Manuel Moreno Bonilla, and the first vice president and minister of Economy, Nadia Calviño, who showed up several times due to the “noise” generated around the fifth largest bank in Spain.

Medel came to the position of the Unicaja Foundation in 2016, just when he left the presidency of Unicaja after 25 years in office. His term expired next fall, but until now he had not commented on whether he planned to continue and, in fact, sources close to him assure that his idea was to continue in office even after turning 75, something that he will do to end of August. To the constant criticism from the entire Andalusian political arc and the pressure from the Ministry of Economic Affairs -which questioned his “honour” and his suitability for the post- his problems with the law have recently been added, since he is being investigated by the Malaga Prosecutor’s Office. All this has led him to take a step to the side earlier than expected. He will do so, according to the letter to which Europa Press has had access, in “a short period of time” that allows “an orderly transition” in the Unicaja Foundation.

The president of the foundation explains that several factors have contributed to his decision, beyond the “imperative attention” to other duties of a personal and family nature. On one side, the report sent a few weeks ago from the Protectorate of Banking Foundations, dependent on the Ministry of Economic Affairs and Digital Transformation, where “serious doubts” were alleged that the banker had “the necessary commercial and professional suitability and honorability to the performance of their duties”. In this sense, he has underlined his support for the approval of a governance report of the entity for reasons of transparency and “collaboration with the institution that exercises the Protectorate over the Banking Foundation”.

To the other, the until now president of the foundation denounces “the existence of endless external pressures and persistent hostile media campaigns.” A situation that he says has placed most employers “in an uncomfortable personal situation, often difficult and deeply unjustified.” And that it has been the consequence “of being independent and consistent with a project whose foundations, of which they are the trustees, coincide with those behind Unicaja’s trajectory and which allowed it to become, in its double financial and social projection, the the only Andalusian bank, the fifth Spanish bank and the first private Andalusian social foundation”, he insisted.

Medel was president of Unicaja from its foundation in 1991 until 2016, when he left the bank in the hands of Manuel Azuaga -who has continued in office ever since, in which he was ratified a few days ago with 91% of the votes- and he became president of the Unicaja Foundation, the main owner of the banking entity with 30.2% of the shares. In recent months he had been the subject of numerous criticisms due to his maneuvers to grant more power to the CEO of Unicaja, Manuel Menéndez, as well as for emptying various work units of the company in Andalusia of content and transferring them to Madrid or Asturias. The Malaga City Council and the Andalusian Board have also criticized him for the possible departure of Unicaja’s headquarters from Malaga, something that the bank itself said last week in a statement that it is a “flat falsehood.”

IM Academy: The euphoria for cryptocurrencies takes over the Badalona Olympic | Economy

What is the subject of the Tomris movie, who are the actors? Where was Tomris filmed, when and in what year?

At least six dead in a shooting in Sacramento, the capital of California | International
April 3, 2022

At least six dead in a shooting in Sacramento, the capital of California | International

Refugees: From Ukraine to the thorny fences of Melilla | Opinion
July 2, 2022

Refugees: From Ukraine to the thorny fences of Melilla | Opinion

The Conference on the future of Europe opens a phase of integration that scares eurosceptics | International
May 9, 2022

From the social state of law to the end of the Senate: keys to the new Chilean constitutional text
July 4, 2022

From the social state of law to the end of the Senate: keys to the new Chilean constitutional text

War in Ukraine: Russia attacks a school in Mariupol where 400 people were sheltering | International
March 20, 2022

War in Ukraine: Russia attacks a school in Mariupol where 400 people were sheltering | International

Saudi Arabia sentences a woman to 45 years in prison for posting her views on Twitter | International
August 30, 2022