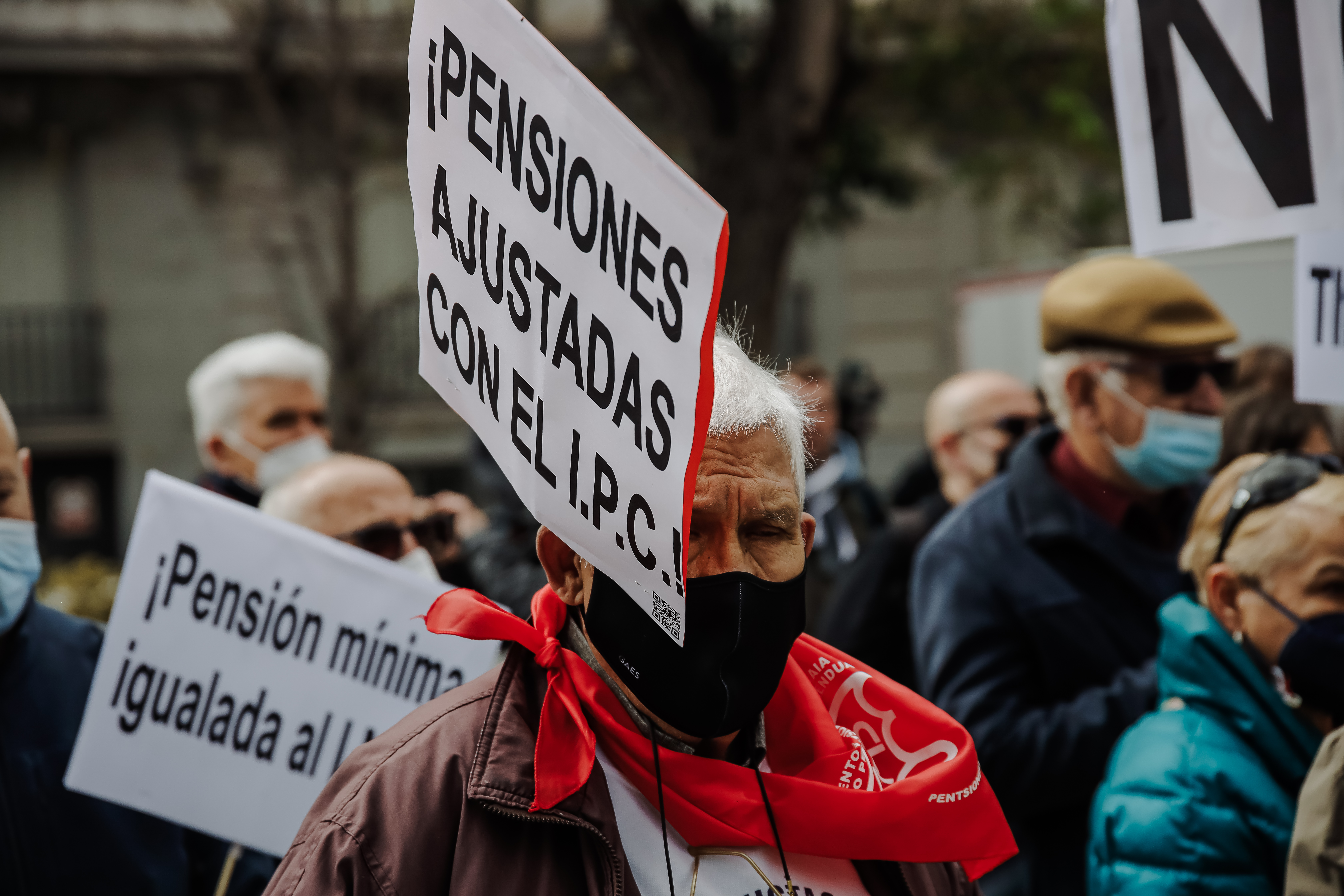 The Consumer Price Index (CPI) is approaching double digits by closing the month of March at 9.8%, a figure that the Vice President of the Government, Nadia Calviño, has already described as “unacceptable”. That number is not only reflected in the cost of the shopping basket, but has endless implications. The main one: if the payroll does not rise in the same proportion, purchasing power is lost. What about pensions? Will they be updated in that proportion? Will those who depend on a benefit lose purchasing power? These are some of the keys about pensions.

Will my pension be updated according to the cost of living?

Yes. The Minister of Finance and Public Function, María Jesús Montero, has assured this week that pensions will be revalued in 2023 according to the CPI. And she added that they will also be updated with that index reaching double digits. This has been assured since last December, when the sustainability factor was repealed and the CPI was set as a reference to maintain the purchasing power of benefits.

With what data are those benefits updated?

As of this year, they will no longer be uploaded based on the Government’s projections -which were corrected by means of the so-called paguilla of January—, but that the benefits for 2023 will be raised with the average of the CPI resulting from the period between December 2021 and November 2022.

Will the IPC reach double digits?

It is early to tell and it will depend on how the war in Ukraine unfolds. Although the CPI is now close to 10%, the most recent projections indicate that average inflation will not be that high. Funcas expects this to be 6.8% by 2022, while the Bank of Spain expects it to rise to 7.5%. Even so, this forecast is the average for the whole of 2022, while the Government takes as a reference the twelve months between December 2021 and November 2022.

Can it be less?

Despite the fact that the projections for now warn of risks, especially on the upside, they expect inflation to begin to moderate as of the summer. The force with which it does so will also depend on the effects of the Government’s proposal in Brussels to limit the price of gas to 30 euros per Megawatt hour in the wholesale market to lower the electricity bill. The Executive hopes that the Commission will respond in the coming weeks in order to be able to launch the new system from May, so that the discount in the wholesale markets can be transferred to the consumer’s bill shortly.

What cost will it have for the Government?

Study services differ on that calculation. The Bank of Spain, however, calculates that the cost for the public coffers could be between 12,600 and 13,500 million euros if in November it closes the twelve months with an average rate of between 7% and 7.5%. That is more than Social Security spends a month on contributory pensions.

What is the current pension bill?

According to the Ministry of Social Security, as of January 1, 2022, the monthly payroll of contributory benefits amounted to 10,745.39 million euros, which represents 12% of GDP. Of these funds, 72.2% (7,758.14 million) are destined to the payment of retirement benefits.

What repercussions does this greater expense have for the public coffers?

The main one is an increase in the public deficit. Although inflation usually facilitates the consolidation of public coffers by allowing higher tax revenues because products become more expensive (and therefore, the amount corresponding to taxes), there are factors that go against the State Treasury. Among others, the Government has launched aid for 6,000 million euros, economic growth is going to be lower than expected and spending on pensions will skyrocket. The Bank of Spain believes that this will mean that the public administration next year will have a higher deficit than this year, equivalent to 5.2% of GDP.

Minister Institution: We have added beauty to the beauty of our Sinop with our new arrangement

Spain: Tax revenues up to October already exceed what was collected in all of 2021 | Economy

Reversing the al-ense murder by the Supreme Court – Life News

Shock detection in the bus crash in which 6 people died!

Check Also
Close
The cap on Russian oil: one more blow to Moscow, but far from lethal | International
14 mins ago

Taiwan: Nancy Pelosi, the Democratic leader who imposes her agenda on Biden | International

Zelensky accepts that NATO’s door is closed for Ukraine: “It is and we must admit it” | International
March 15, 2022

Zelensky accepts that NATO’s door is closed for Ukraine: “It is and we must admit it” | International

The radical Trumpists who have won the Republican primaries with the support of the Democrats | International
September 15, 2022

Colombia Elections 2022: A key politician in the Santos era will be in charge of Petro’s strategy in the debates | International
April 6, 2022

Colombia Elections 2022: A key politician in the Santos era will be in charge of Petro’s strategy in the debates | International