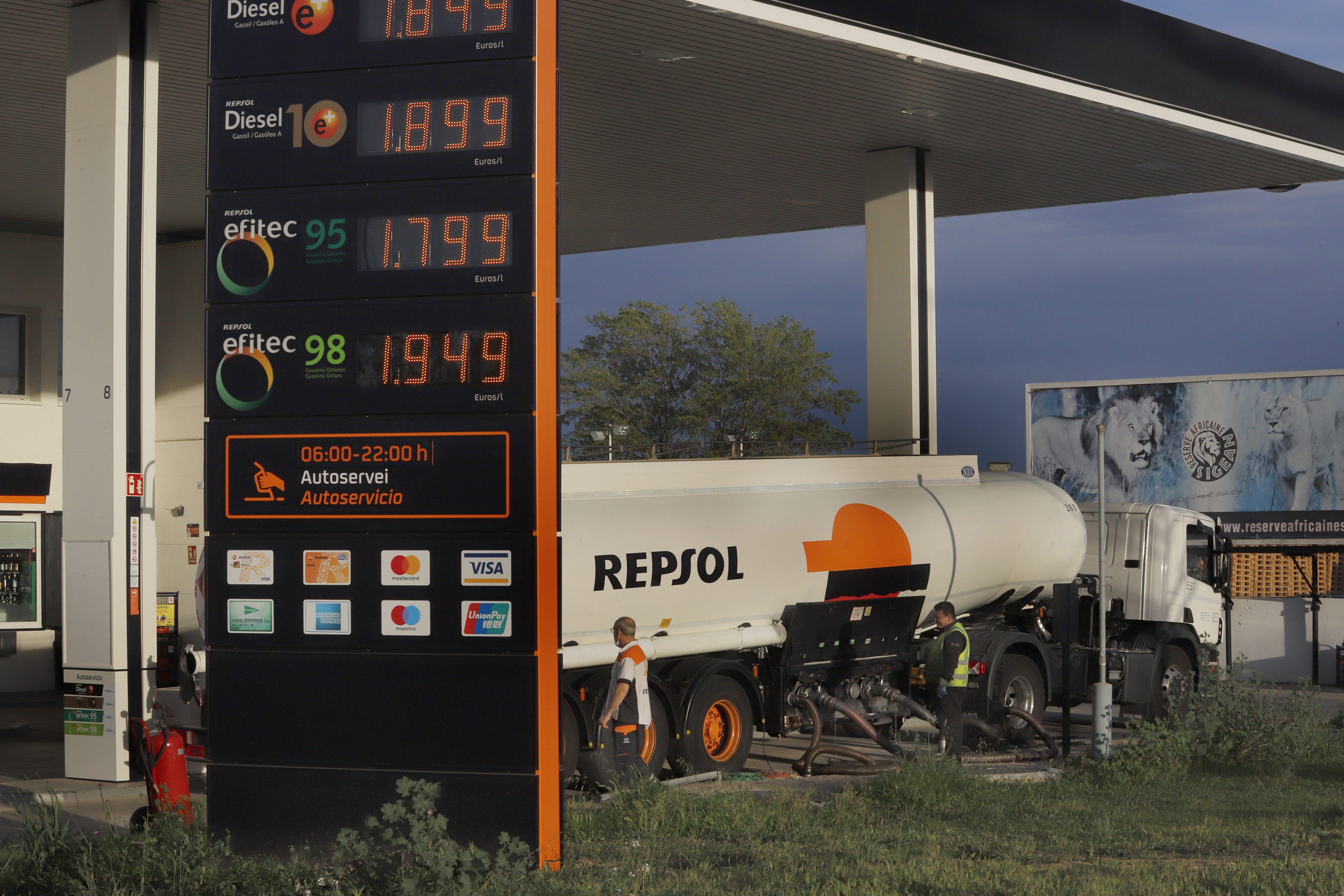 The conflict in Ukraine has turned fuel prices upside down. The escalation of gasoline and diesel fuel has caused loud protests and has led to exceptional measures being taken to try to control the situation. But a quick glance at the monolith of the gas station is enough to realize that we are in an atypical scenario. And not only because of the high amounts: for three weeks, refueling with diesel has been more expensive than with gasoline. An sorpasso that has only happened on two other occasions in history, both during the Great Recession and in a context of high international oil prices.

According to the EU Oil Bulletin, average fuel prices in Spain (including taxes and the 20-cent discount required by the Government) reached 1,591 euros per liter of 95-octane gasoline this week and 1,614 euros per liter of diesel. In other words, diesel is 2 cents more expensive at the pumps, which translates into paying 1.3 euros more to fill a medium-sized tank (55 liters).

Víctor Ruiz Ezpeleta, professor at OBS Business School, has no doubt that we are facing “an abnormal behavior” of the market, since “diesel is traditionally cheaper because it has a better tax treatment”. A situation, explains Antoni Cunyat, collaborating professor of Economics and Business at the UOC, which actually derives from an erroneous belief: “Before, it was thought that gasoline was more polluting, until it was discovered that diesel pollutes by other means”. And despite “several attempts to equate taxes”, the truth is that no government has dared to take that step, among other reasons because diesel is more widely used in professional transport.

In the recent progression of prices, diesel has risen much more than gasoline, to the point of eat your full tax advantage. Since last December 20, when the origin of the current escalation can be located, a liter of gasoline is now 7.7% more expensive, while diesel costs 20% more. And there is a whole “cocktail” of reasons that explain it, explains Ruiz Ezpeleta, starting with the most obvious: the war in Ukraine. “Russia is the main supplier of diesel to Europe,” explains the university professor, and although the supply has not been cut off, “the roads have been reduced.” “Europe traditionally has more capacity to refine gasoline, which makes us more vulnerable with diesel,” he completes. As a result, the average fuel prices of the eurozone countries showed last week, for the first and only time in history, diesel more expensive than gasoline.

The clash between the West and Russia also has an impact on another front. Diesel and gasoline are obtained from oil refining, so both depend on international crude oil prices. But with differences between one and another fuel. “Not all oil is suitable for producing diesel,” Cunyat points out, “it needs to be of high quality” because “for the same quantity, diesel needs 25% more oil.” In short, the restrictions on Russian oil approved by some countries —although not by the EU— have forced the use of US crude from the fracking (hydraulic fracturing) or oil from Venezuela. And these are not economically viable to manufacture gas oil due to their high sulfur content.

Only on two previous occasions had something like this been experienced in Spain. Since 2005, when the current statistical series of the Petroleum Bulletin begins, a liter of gasoline has been on average 6 cents more expensive than diesel. So you have to go back more than a decade to find another time when diesel was more expensive. This is what happened for five weeks between mid-November and mid-December 2011, in another international scenario of oil escalation. But the longest episode (10 months) and most pronounced (a liter of diesel came to cost 8 cents more than gasoline) was the one that took place between March 2008 and January 2009. Just when Spain began the path of Great Recession, many drivers discovered another nightmare: that paying more for a diesel car was not always compensated at the pump.

In the current situation, diesel prices have barely exceeded those of a liter of gasoline by more than 3 cents and there are reasons to think about a possible normalization of the market: this week, the difference has been reduced to 2 cents and both in the In the EU, as in the eurozone, gasoline has become more expensive again. Although diesel car owners should wait before declaring victory: experts agree that the normalization of the oil market is far away. And the debate on the veto to Russian oil hovers over the Twenty-seven. “Increase supply from other markets [diferentes de Rusia] it is complicated”, summarizes Ruiz Ezpeleta.

Also, not all the fault lies with the war in Ukraine. The pandemic did its part and when war tensions began to escalate, prices were already very high. “We came from a global break and it always takes time to get the gears going again,” explains Cunyat, from the UOC, who adds one last bit of bad news. “Some pessimists even predict a diesel supply problem in the medium term,” the economist points out, “if oil begins to be limited due to the drop in world reserves, the first thing that will be rationed will be diesel because it is what costs the most to produce. ”.

She killed her husband with a knife! His words horrified: He was selling me to men!

Jorge Jesus: “World Cup break will be good for us”

Hatayspor, the guest of Fatih Karagümrük | First whistle in the match

Ukrainian anarchists take up arms against the Russian invasion | Videos

Elections 2022: The hunting vote, a long-awaited trophy in the French presidential elections | International

Video | Poor of the poor in Afghanistan | on video