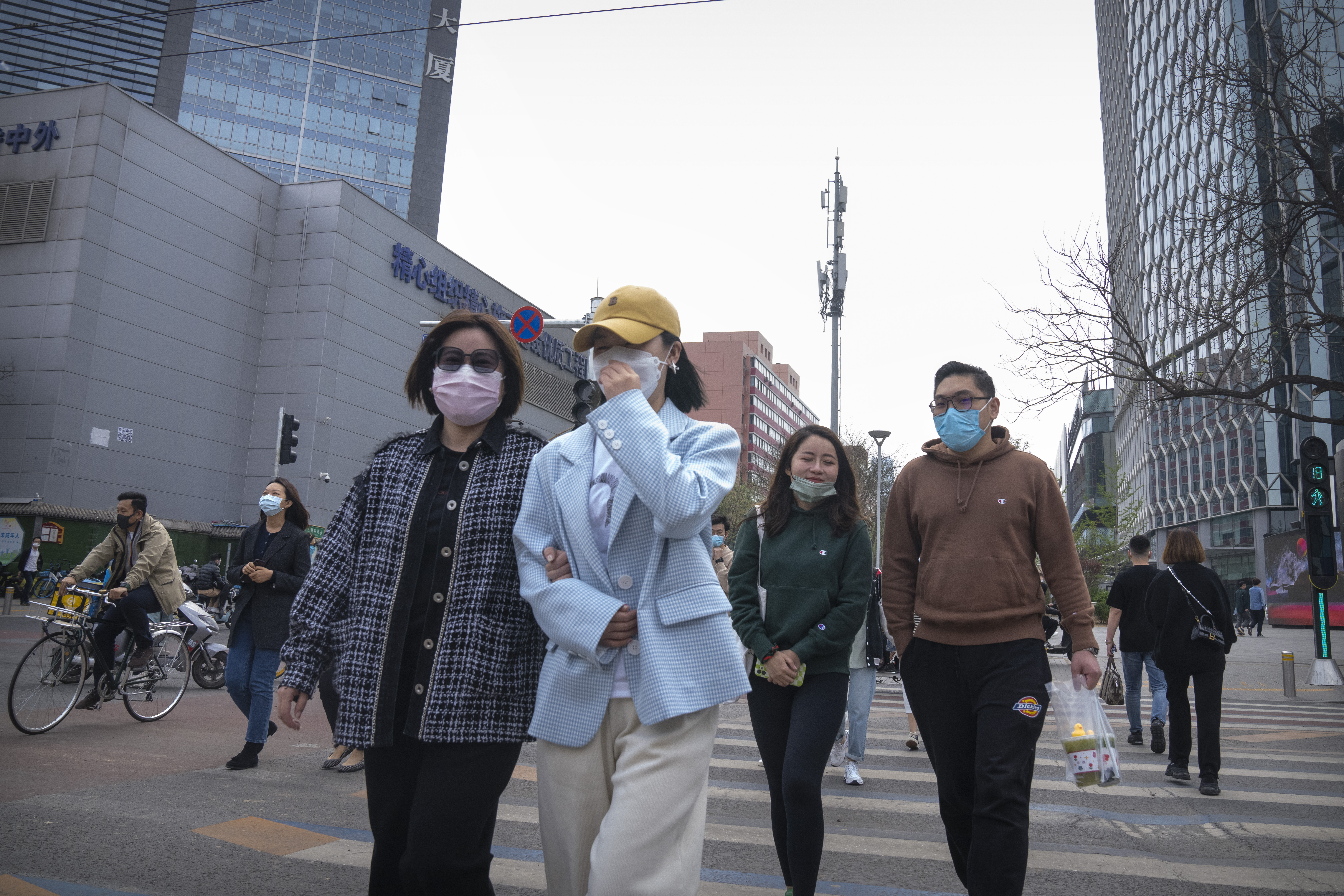 The economy of China, the second power in the world, grew by 4.8% year-on-year in the first quarter of 2022, higher than expected, although the effects of the worst wave of covid since the start of the pandemic and the war in Ukraine threaten to make themselves felt in the coming months.

Analysts had calculated that in the first three months of the year the year-on-year expansion of GDP would be around 4.3% year-on-year. Compared to the previous quarter, the economy increased by 1.3%, according to data released on Monday by the National Statistics Office (ONE), compared to experts’ expectations of 0.6%. The Chinese government has set a growth target for 2022 “around 5.5%”, the lowest in three decades.

The official data comes when Shanghai, the financial capital of the world’s second largest economy and home to 26 million people, has been under strict confinement since the end of March, which has generated strong social discontent. Other big cities, from Tianjin and Jilin in the north to Shenzhen – China’s big tech hub – have also been temporarily isolated during the quarter due to Covid outbreaks.

The effect of these closures has begun to show in March results, and analysts warn that it could become even more apparent in the coming months. Last month, retail sales fell 3.5%, even more than the 1.6% that analysts estimated. In January and February -both months are calculated together due to the Lunar New Year festivities on those dates-, on the other hand, they had risen 6.7%.

Industrial production grew by 5% year-on-year in March, compared to a 7.5% rise in the first two months of the year.

“We must be aware that the domestic and international climate is becoming increasingly complicated and uncertain, and that economic development faces significant challenges and difficulties,” said ONE spokesman Fu Linghui at a press conference for present the macroeconomic figures for the quarter.

In addition to the effects of the covid and the war in Ukraine, China is also facing the consequences of a crisis in the real estate sector triggered by the problems of the largest company in that area, Evergrande. Last week, Prime Minister Li Keqiang himself expressed a “sense of urgency” about the need to take measures to support the economy in the face of growing uncertainties.

China is the only major economy that maintains a covid-zero policy at all costs, by which it keeps its borders almost completely closed and any small outbreak is tackled with centralized quarantines, localized confinements, limitations on movement and massive PCR tests. Although this has managed to keep the coronavirus at bay so far, analysts point out that these measures seriously hamper economic growth.

“Further impacts from the lockdowns are imminent, not only because there has been a delay in deliveries of essential products, but also because the closures increase an uncertainty around factory operations and services that is already affecting to the labor market”, indicates the ING bank in a note.

Urban unemployment – which does not include the millions of internal migrant workers – stood at 5.8% in March, the highest level since May 2020, when the first wave of the pandemic in China ended. In February, unemployment was at 5.5%.

Most office tasks can be carried out through teleworking in confinement situations, ING points out, but that is much less feasible if workers are transferred to quarantine centers. For businesses, the problems of a lockdown come from port service interruptions and slower supply deliveries.

Shanghai has presented a plan to lift its confinement restrictions, but that plan still lacks a timetable and its application will depend on the evolution of daily cases. This Monday, the megalopolis reported more than 22,000 new infections – a low number in the rest of the world, but very high for China – and the first three deaths from covid after the beginning of the closure.

“We calculate that a whole month of confinement will mean a loss of 6% of GDP for Shanghai and 2% for all of China. This loss will increase if the lockdowns last even longer,” says ING. That bank has cut its growth prospects for China from 4.8% to 4.6%, while the World Bank, which predicted a 5.4% increase in Chinese GDP for this year, has cut its forecasts to 5%. . In contrast, the Asian Development Bank maintains its expectation of 5%.

The People’s Bank of China (PBOC, central bank) last Friday reduced the amount of cash that banks must keep as reserves, in a measure to support the economy in the face of signs of weakness. But, contrary to what some analysts expected, he did not cut interest rates.

Adif withdraws part of its anti-fraud armor to unblock contests for 1,000 million | companies

LAST MINUTE: The date has become clear at EYT

PHOTO GALLERY | The ravages of torrential rains in Brazil

War in Ukraine: Calais, safe haven for Ukrainians, hell for those fleeing other wars | International
March 20, 2022

War in Ukraine: Calais, safe haven for Ukrainians, hell for those fleeing other wars | International

Poverty and inflation feed the new outbreak of Ecuador | International

The Republican primaries in Pennsylvania are left in the air before the technical tie between the two candidates for senator | International
May 19, 2022

Elections 2022: Sergio Fajardo struggles to stay afloat in search of the presidency of Colombia | International
April 13, 2022

Elections 2022: Sergio Fajardo struggles to stay afloat in search of the presidency of Colombia | International

From the traffic lights of Venezuela to the Paris Olympics | International
September 18, 2022

From the traffic lights of Venezuela to the Paris Olympics | International