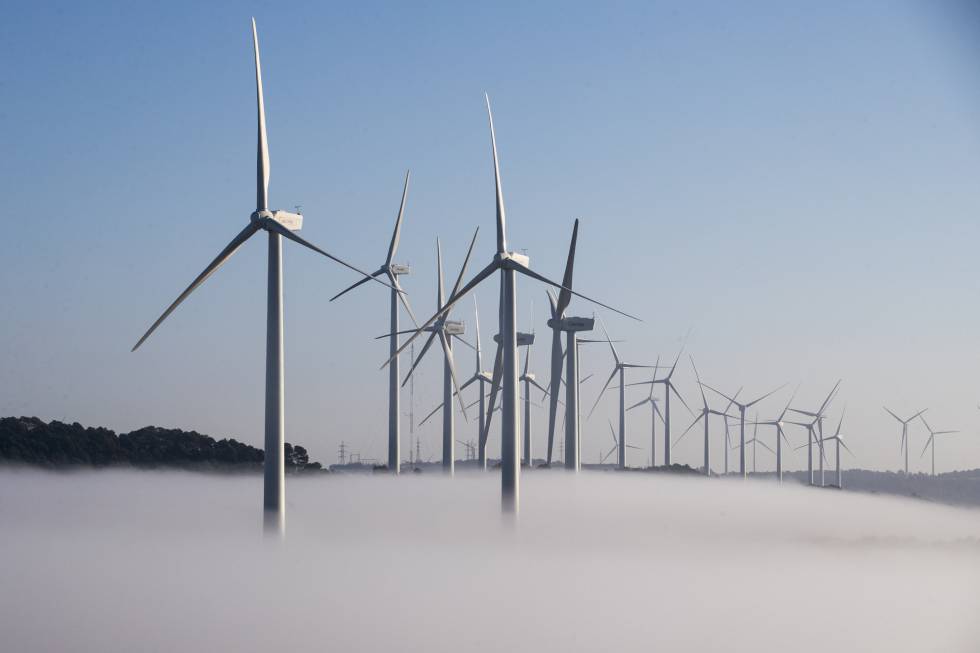 The lower price of natural gas and the entry of a powerful storm that will leave significant gusts of wind will drastically lower the price of electricity this Wednesday. The cost per megawatt hour (MWh) in the wholesale market will go from 112 euros this Tuesday to 85, falling below the threshold of 100 euros for the first time since Christmas, according to figures from the Operator of the Iberian Energy Market (OMIE).

Electricity was not so cheap for consumers who have a regulated rate -those who benefit from this reduction: the rest, who are in the free market, will not receive any change- since last October 31. So, like today, the wind blew, gas was trading around 60 euros and solar photovoltaics did their bit in the middle of the day.

To put the figure in context, suffice it to say that March closed with an average price of more than 280 euros per MWh. A level that will hardly be reached in an April that points to values ​​that, even at historically high thresholds, will be lower than in the month just ended. The average is slightly below 200 euros, so far.

Lower prices than in neighboring countries

By time slots, electricity will drop below the barrier of 10 euros per megawatt hour in three consecutive slots this Wednesday: between three and four in the afternoon, when it will cost just under 9 euros; between four and five (6 euros); and between five and six (7 euros). At that time, the confluence of good wind resources and low consumption will allow a respite for consumers who have been enduring historically high prices for months.

In addition, the price of electricity will not exceed 150 euros per MWh in any time slot this Wednesday: the peak will occur between eight and nine in the morning, when gas will raise the bar, but the megawatt hour will remain at 148 euros, compared to the more than 200 euros that he had marked in the most expensive hours of recent weeks.

The gusts of wind and the high prevalence of renewable energies —and, very especially, of wind energy— in Spain will also allow the average daily price to be substantially lower than in other neighboring countries. In France, for example, electricity will average 206 euros per MWh this Wednesday. In Germany, 203. And in Belgium and the Netherlands, around 200 euros per MWh.

1,500 businessmen denounce in Barcelona the delays of the Mediterranean Corridor | Economy

Minister Nabati attended the investor forum in the USA

Does France ban bullfights, which are considered barbaric?

Narva, the city where the EU and Russia meet | International
June 27, 2022

Narva, the city where the EU and Russia meet | International

Return to Irpin of the family whose image illustrated the exodus from the war | International
October 3, 2022

Elections Italy: The extreme right wins the elections for the first time in Italy, according to the polls | International
September 25, 2022

Elections Italy: The extreme right wins the elections for the first time in Italy, according to the polls | International

Ukraine – Russia: The blow of the war in Poland tests the response of NATO | International
7 days ago